“Hathras bhabhi has become a farmer today,” wrote National Vice President of BJYM, Santosh Ranjan Rai, claiming that the woman in red in the photograph is Jabalpur-based doctor Rajkumari Bansal who was seen at the residence of the Hathras victim’s family. Dr Bansal was accused of being a Naxalite and tutoring the family to give statements to the press. She had denied the allegations, claiming her visit was for humanitarian reasons and her sole motive was to help them.

The picture was tweeted by BJP supporter Shefali Vaidya as well. (Archive link)

A keyword search led us to the full image shared on a blog on September 25. This itself debunks the claim that the photograph is related to the ongoing farmers’ protest that began a month later. 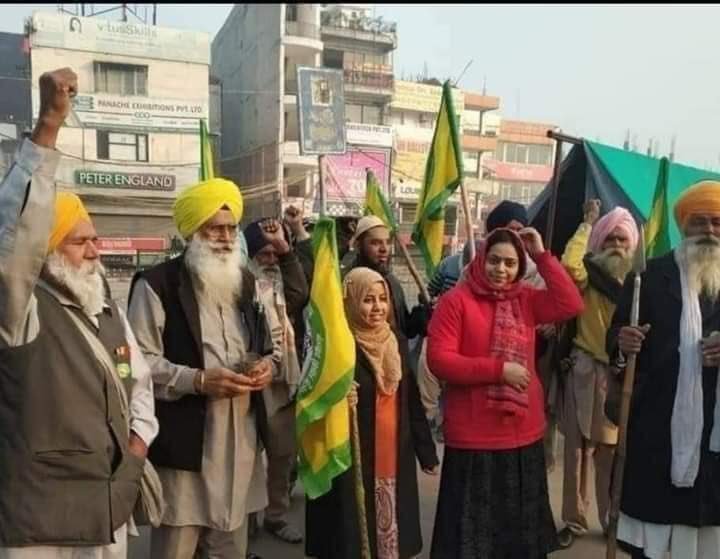 The full image shows several shops in the background which helped us geolocate the area where the photograph was taken.

These are all located at Kalindi Kunj road in Delhi’s Shaheen Bagh.

(Note: The Google Maps photo used in the montage below was uploaded in 2017 when the board of Panache Exhibitions used to be blue.) 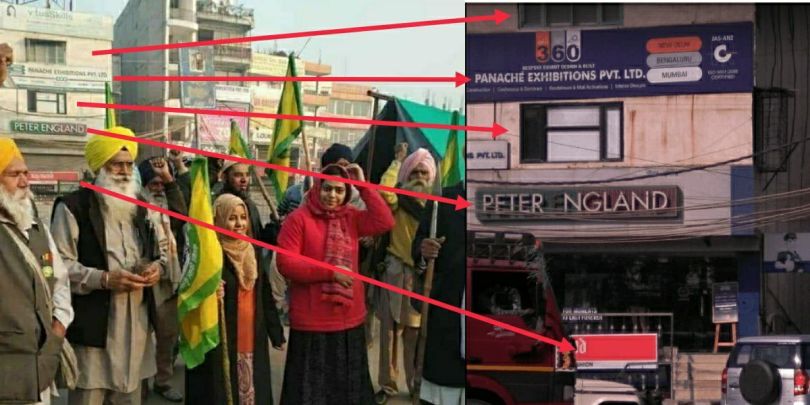 A makeshift green-coloured tent is also visible in the picture. Alt News contacted Manish Jain from Factory Price Shop located in the same lane. He informed, “There are no makeshifts tents in Shaheen bagh right now. After COVID-19, the police isn’t permitting anyone to protest at the site. The last protest was during CAA-NRC agitation in February.” 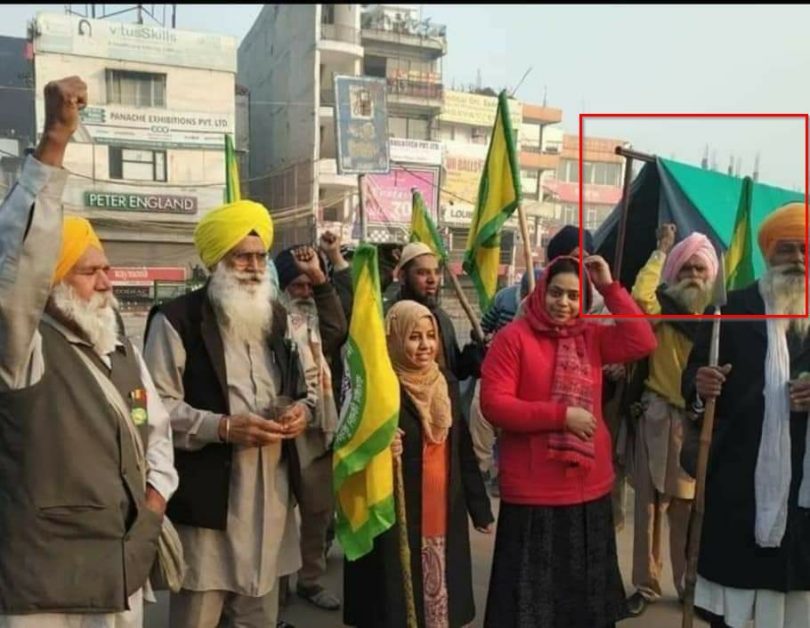 Several Sikh farmers had gathered in Shaheen Bagh during protests against the Citizenship Amendment Act. They were mostly from the Bharatiya Kisan Union (Ekta Ugrahan). The yellow-green coloured flag seen in the picture is the BKU flag.

An old tweet posted by activist Umar Khalid on February 5 shows Sikh protesters sitting with BKU flags at the same location in Shaheen Bagh where the viral image was shot. 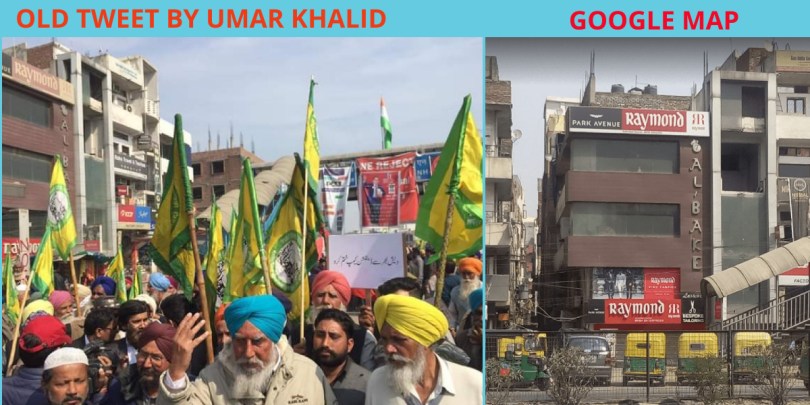 A photograph from anti-CAA protests in February was therefore misrepresented as ‘Hathras Naxal Bhabhi’ taking part in the farmers’ protest. It may be reiterated that Dr Rajkumari Bansal from Jabalpur was accused of posing as the Hathras rape victim’s family member, a claim that she had denied.