Climate crisis and the global coronavirius pandemic are key themes along with new research methodology strategies in the latest Pacific Journalism Review edition published this month.

He laments the appalling record of the United States under the failure of covid leadership by defeated US President Donald Trump, a situation that has been echoed in the American territories in the Pacific such as Guam.

“Comparatively safe as we are in New Zealand, this is still the second edition of Pacific Journalism Review we have produced with covid-19 in the background and even when the pandemic is over, or at least brought under control, we will still be threatened by a host of challenges—not least that of climate change, which has already forced internal migration in Papua New Guinea and Fiji and threatens to do the same in the ASEAN region, with its incomparably larger population,” writes Dr Cass in the editorial.

He says it is significant that the first national leader to congratulate US president-elect Joe Biden was Fijian Prime Minister Voreqe Bainimarama, who has played a proactive climate change leadership role in the Pacific.

This edition was launched by the deputy dean of AUT’s Faculty of Design and Creative Technologies, Professor Fiona Peterson, at this week’s Pacific Media Centre symposium  with a theme of “2020 and Beyond: Highlights and New Horizons”.

Dr Cass spoke of the challenges facing PJR at the launch, including continuing its international trajectory and the need for a new “home base”, preferably a Pacific institution.

The issue has been published in partnership with Gadjah Mada University in Yogyakarta, Indonesia, with several climate and covid papers about ASEAN countries from UGM’s “Rethinking the Social World” symposium in August being published.

Other climate change papers
Other climate and coronavirus papers include an analysis of the role of the churches in the Pacific; public discourses about climate displacement in Oceania; and Malaysian newspaper coverage of environmental NGOs.

A strong Frontline section of four articles features a critique of the new fields of research classifications adopted in Australia and New Zealand, which the author, Dr Chris Nash, a former Monash journalism professor and author of What is Journalism? The Art and Politics of a Rupture, says “pose considerable opportunities and challenges” for the discipline. 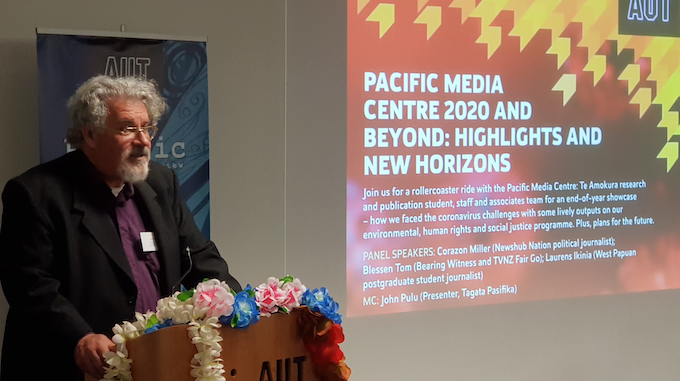 Frontline also includes a profile by Vivien Altman and Wendy Bacon of Australian-Tongan journalist Jill Emberson, who made a significant contribution to journalism in the Pacific with “issues relevant to Indigenous Australians and to women” before she died of ovarian cancer in 2019; a case study of political documentary and alternative journalism based on the film Obrero about Filipino labour migrants in Christchurch after the 2011 earthquake; and a project analysis on a covid reportage initiative at an Auckland university to counter the virus “disinfodemic”.

Unthemed articles include deaths in custody journalism in Australia, Rotumans and the “coconut wireless” over the 2018 Fiji elections; and the media framing of attacks on West Papuan students in Indonesian online media. 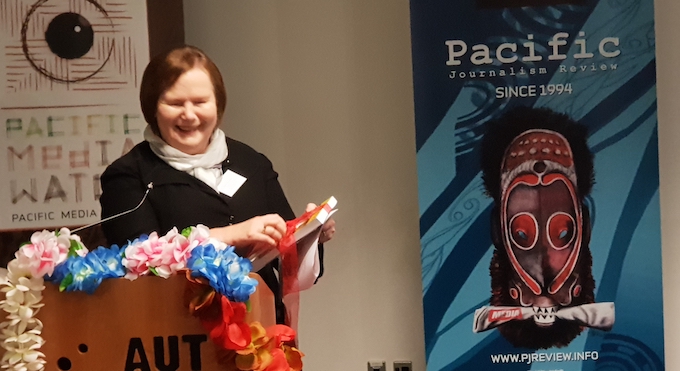 Wewak-born Dr Cass succeeds founding editor Professor David Robie who started the journal at the University of Papua New Guinea, Port Moresby, in 1994 as a publication to speak truth to power through research.

Dr Robie recalled in this edition’s joint editorial what he had said at the 20th anniversary celebration of the journal in 2014, “we have achieved precisely what we set out to do, being a critical conscience of Asia-Pacific socio-political and development dilemmas”.

“Tenk yu tumas … lukim yu Philip, and good luck to you and your future crew for the media waka journey ahead,” he wrote.

The journal will be on sabbatical for some months and plans a seminar and book project next year in Australia on “Journalism, creative arts, and Indigenous studies”.