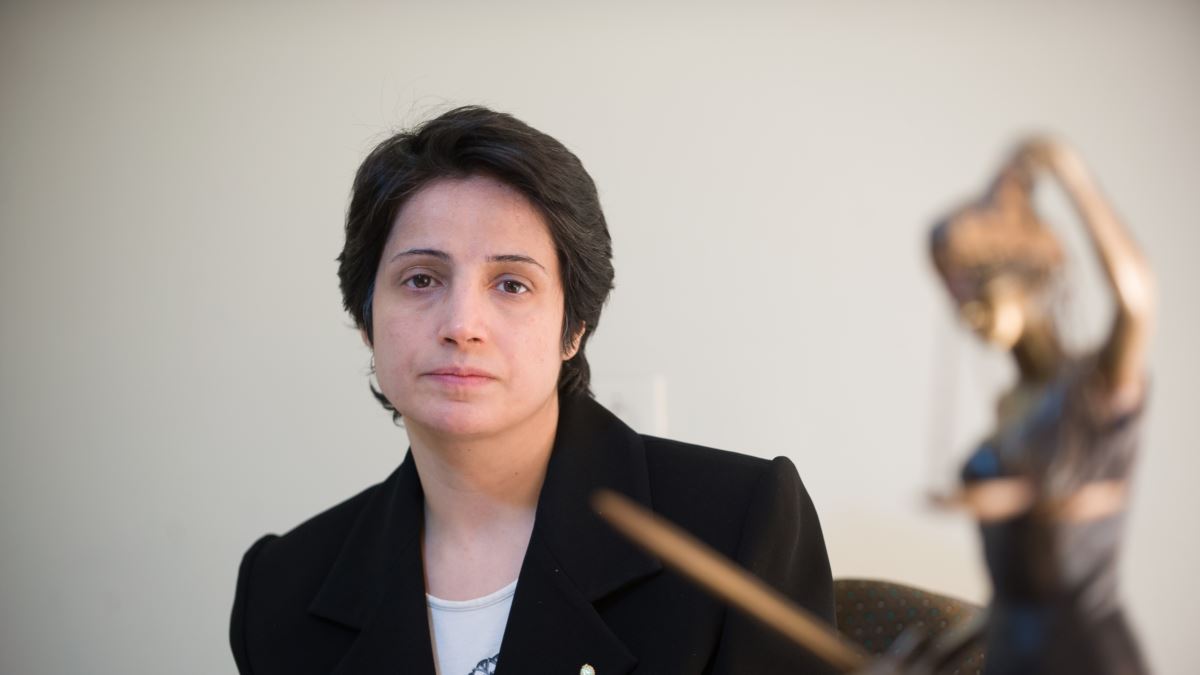 Iranian human rights lawyer Nasrin Sotoudeh is back in prison less than a month after she was granted temporary release, her husband says.

“We were told today that Nasrin has to go back to the Gharchak Women’s Prison” in Tehran, Reza Khandan wrote on Twitter on December 2.

“Nasrin has returned to prison this evening,” he later told AFP.

The judiciary has ignored the doctors’ instructions, who extended her detention leave by two weeks, according to Khandan.

The 57-year-old Sotoudeh was released from the Gharchak prison on November 8 after being granted a temporary leave of absence.

She then tested positive for the coronavirus, Khandan said on November 11.

Human rights groups in October warned that her health severely deteriorated in prison following a seven-week hunger strike she had launched to seek the release of prisoners during the novel coronavirus pandemic.

The lawyer, who has represented opposition activists including women prosecuted for removing their mandatory headscarf, was arrested in 2018 and charged with spying, spreading propaganda, and insulting Iran’s supreme leader.

Sotoudeh, who denied the charges, was sentenced to a total of 38 1/2 years in prison and 148 lashes.

The European Parliament awarded her the Sakharov Prize for human rights in 2012.

Since March, Iranian authorities have granted temporary release to tens of thousands of prisoners following concerns over the spread of the coronavirus in prisons in the Middle East’s worst-hit country. Many have since returned to prison.

The Iranian health authorities have registered nearly 49,000 deaths in connection with COVID-19 and over 989,000 infections since the beginning of the pandemic.