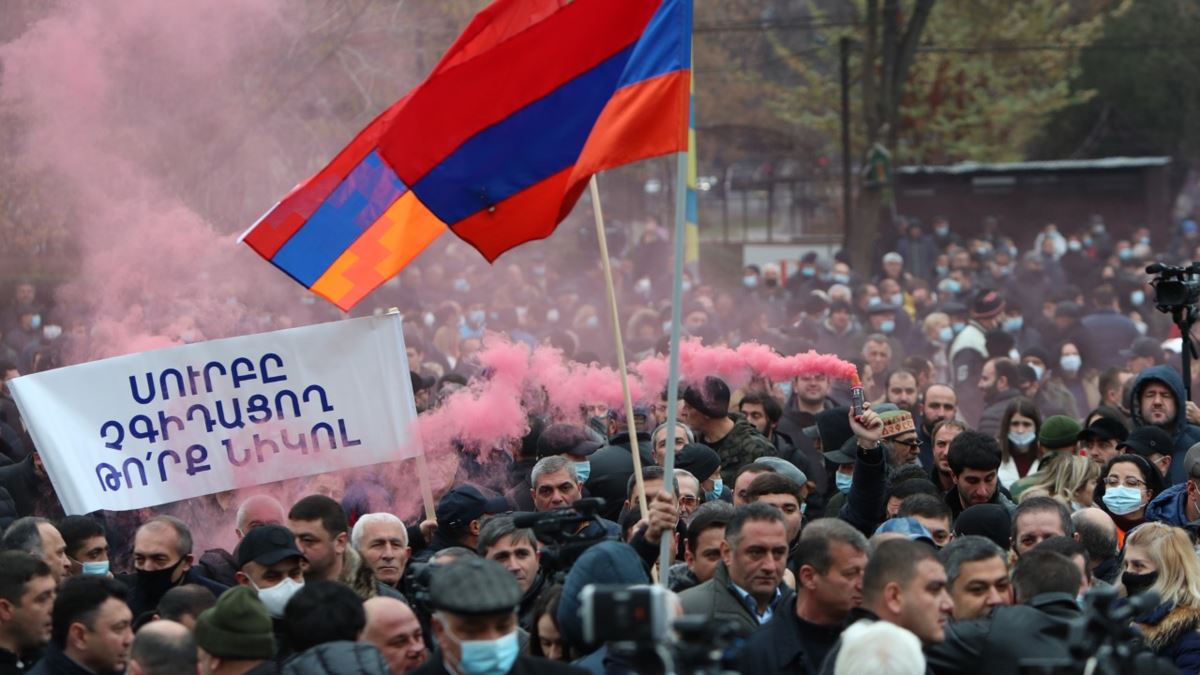 Thousands of protesters gathered in the Armenian capital on December 5, in a renewed call for Prime Minister Nikol Pashinian to resign over a controversial truce deal he signed with Azerbaijan to end fighting over the breakaway Nagorno-Karabakh region.

The protesters on Liberty Square in downtown Yerevan chanted “Nikol the traitor” and “Armenia without Nikol,” and waved the flags of Armenia and Nagorno-Karabakh.

Pashinian announced the Moscow-brokered deal on November 10, ending more than six weeks of war over the Nagorno-Karabakh region that left thousands dead.

Under the deal, Azerbaijan took back control over parts of Nagorno-Karabakh and all surrounding territories. The deal is seen as a major defeat for Yerevan-backed ethnic Armenian forces who have controlled Nagorno-Karabakh since a 1994 cease-fire ended all-out war.

In an address to the nation on November 12, Pashinian acknowledged that the document he signed was “bad for us,” but said that it was Armenia’s only option and that it ensured Karabakh’s survival.

Thousands of protesters have taken to the streets of Yerevan in recent weeks demanding Pashinian step down, but the prime minister has not given any indication of resigning.

Nagorno-Karabakh is recognized as part of Azerbaijan, but the ethnic Armenians who make up most of the population reject Azerbaijani rule.

Based on reporting by RFE/RL’s Armenian Service and AFP