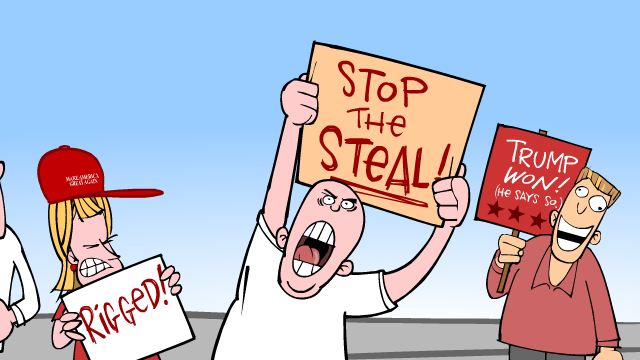 No matter what President Trump said in his 46-minute rant from the White House, he lost the election. He’s losing support among key state Republicans and even appears to have lost his ol’ pal, Bill Barr. Never mind, there’s grifting to do!

The Trump crew has realized that contributions from conspiracy-addled MAGAheads pour in at a faster pace when the president rants about conspiracies and nefarious plots to remove him from office. (Never mind that the “plot” was a free and fair election.)

Just like he has done for his entire business career, Trump is finding a way to lie his way into making money. He’s a grifter, through and through. And now, with a virtually no-strings-attached PAC that is accumulating money at a faster rate than his campaign coffers ever did, he’s fleecing his supporters who have bought his deep state sob story hook, line and sinker.