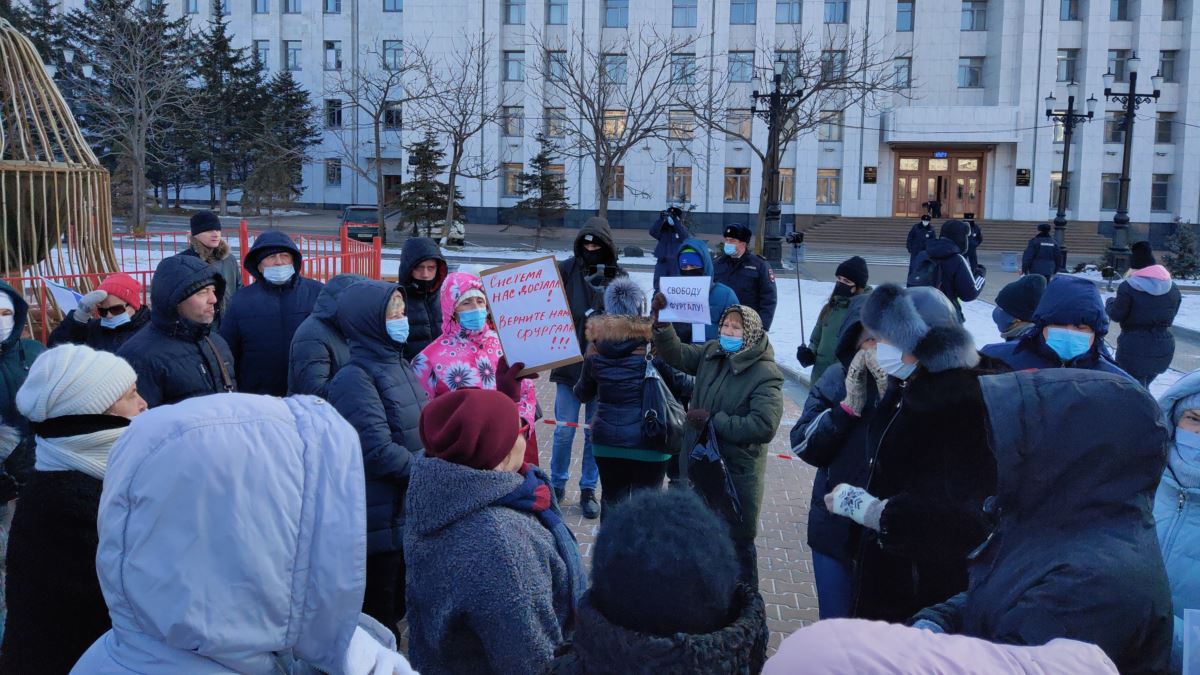 Several protesters have been detained at a rally in Khabarovsk in Russia’s Far East as locals continued for a 148th day to voice opposition to the arrest of the regional governor.

Braving subfreezing temperatures, about 150 people attended the December 5 march through the city center.

Six people were detained for violating protests laws, OVD-Info, a rights group, reported. Earlier in the week, a journalist was arrested for covering a protest.

“Journalists are beaten and persecuted and, we, grandmothers, are dragged to the courts. It’s a shame on the police and the authorities,” one of the protesters, Galina, told RFE/RL.

Protest attendance has dwindled since thousands rallied over the summer against the arrest of Governor Sergei Furgal in July on decades-old murder-related charges.

Furgal has denied the accusations, which his supporters say were engineered by his opponents with help from the Kremlin.