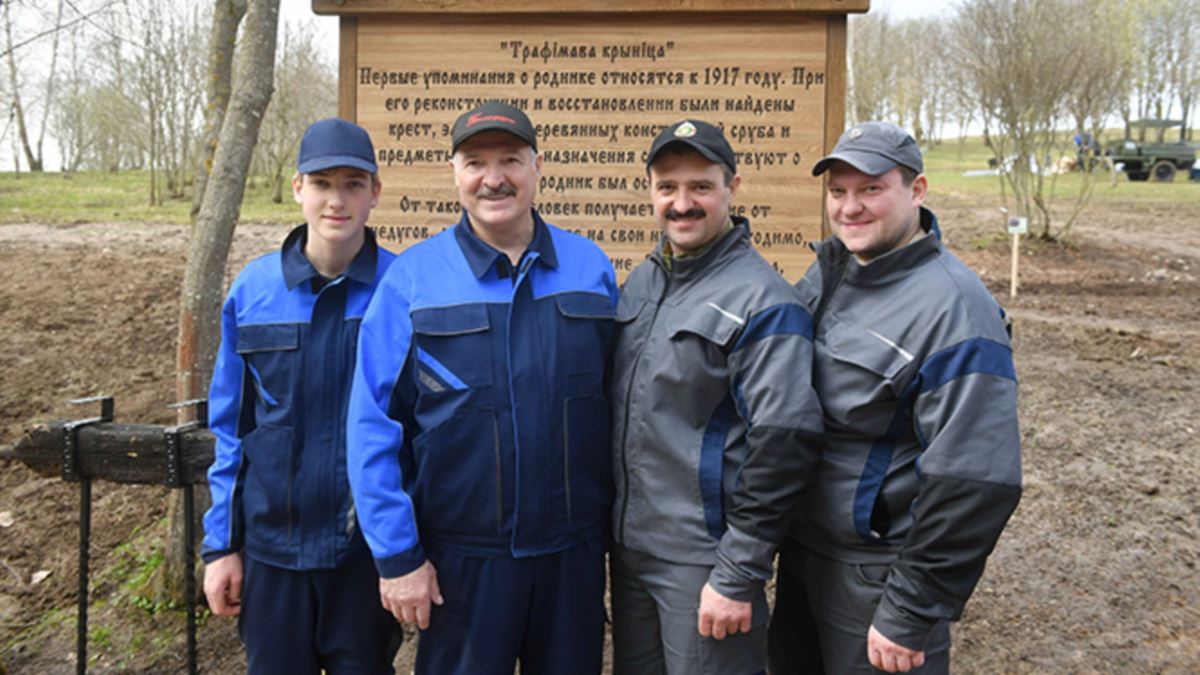 The IOC executive board made the decision on December 7, saying “the current NOC leadership has not appropriately protected the Belarusian athletes from political discrimination within the NOC, their member sports federations or the sports movement.”

“This is contrary to the fundamental principles of the Olympic Charter, and therefore seriously affects the reputation of the Olympic movement,” it said in a statement.

Lukashenka, who has led Belarus’s NOC for 23 years, claimed a sixth presidential term following an August 9 election that the opposition and the West say was rigged.

Belarus has since been hit by near-daily protests demanding Lukashenka resign, the release of all political prisoners, and a new election.

Security forces have violently cracked down on the protest movement, with more than 27,000 detentions, according to the UN. There have also been credible reports of torture and ill-treatment, and several people have died.

Meanwhile, much of the opposition leadership has been detained or forced into exile, and many Belarusian athletes have written to the IOC demanding urgent action, citing political discrimination and the imprisonment of sports figures by the authorities.

Lukashenka’s son Viktar, as the NOC’s first vice president, was also provisionally suspended by the IOC, along with NOC executive board member Dzmitry Baskau.

The IOC is also suspending “all financial payments” to the NOC, but will continue to help fund Belarusian athletes preparing for the Tokyo 2020 Olympic Games, which were delayed to next year, and the 2022 Winter Games in Beijing by paying scholarship money directly to them.

The moves do not affect Belarusian athletes’ right to compete as a recognized national team with their own flag and anthem, it noted.

However, the country’s status as co-host of the 2021 ice-hockey World Championships has come under threat, with the IOC saying it is looking into the issue.

IOC President Thomas Bach said after the organization’s board meeting that the International Ice Hockey Federation (IIHF) would discuss Belarus’s host role in the days ahead.

Last month co-host Latvia blacklisted the head of Belarus’s ice hockey federation as the Baltic country seeks to prevent its neighbor from co-hosting the tournament.

The IIHF has also “initiated a procedure” against the Belarus official who sits on its ruling committee, Bach said.

Losing the tournament would be a further blow to Lukashenka, who has cultivated an image as a sportsman, regularly taking to the ice to play hockey, his favorite sporting pastime.

The continued crackdown on protests has caused international outrage, with the European Union and the United States slapping sanctions on Lukashenka and his son, as well as dozens of other top Belarusian officials.

The bloc is expected to pass a third round of sanctions next week.