An image of vegetables scattered on the road is being widely shared on social media against the backdrop of Bharat bandh called by protesting farmers on December 8. The image was shared on Instagram by a user named pushpendrakulshresth with the Hindi caption, “Is this Bharat bandh, you illiterate people? Do you have no shame hampering the daily bread of the poor! Just because there is no support, you’ll stoop down to this level. (जाहिलों क्या ये भारत बंद था तुम लोगों को थोड़ी भी शर्म नहीं आयी गरीबों की रोजी-रोटी से खिलवाड़ करने में!! समर्थन नहीं मिल रहा तो तुम लोग कुछ भी करोगे, धिक्कार हैं)”, which garnered over 24,000 likes. (Archive link)

Twitter handle @ThePushpendraK shared this image with a Hindi caption alluding that the bandh was called by ‘traitors’ in the garb of farmers. (Archive link)

Many have posted the image with claims of vandalism during Bharat bandh.

A similar claim is also widespread with a Marathi caption.

The same photograph along with several others was used in an article by Kreately, a website promoted by BJP leader Kapil Mishra. The article suggests that Bharat bandh was ‘anti-national’. Alt News received a request on our WhatsApp helpline number (+917600011160) to authenticate the claim.

Alt news performed a reverse image search and found a Twitter post where the same image was used on May 5, 2020.

A subsequent search with Hindi keywords led us to a tweet by Congress media panelist Surendra Rajput. He shared two images of the same incident including the viral image. He claimed that the photograph was taken during coronavirus lockdown when liquor shops were allowed to operate under government supervision and incidents of violence against fruit and vegetable vendors were reported from across the country.

We noticed a number plate in the background that reads ‘WB’ which is the vehicle code for West Bengal. Several shops also have boards inscribed with Bengali text.

The image, therefore, certainly does not depict harassment of vendors during Bharat bandh called by farmers protesting the centre’s farm bills.

Kreately, which was earlier mentioned in this report, published an article on December 8 with the Hindi title “Damn such a strike and damn those who organise such strikes. (है ऐसे बंद पर… और धिक्कार है ऐसे बंद करने वालों पर…!!)” where several old and unrelated images were used. 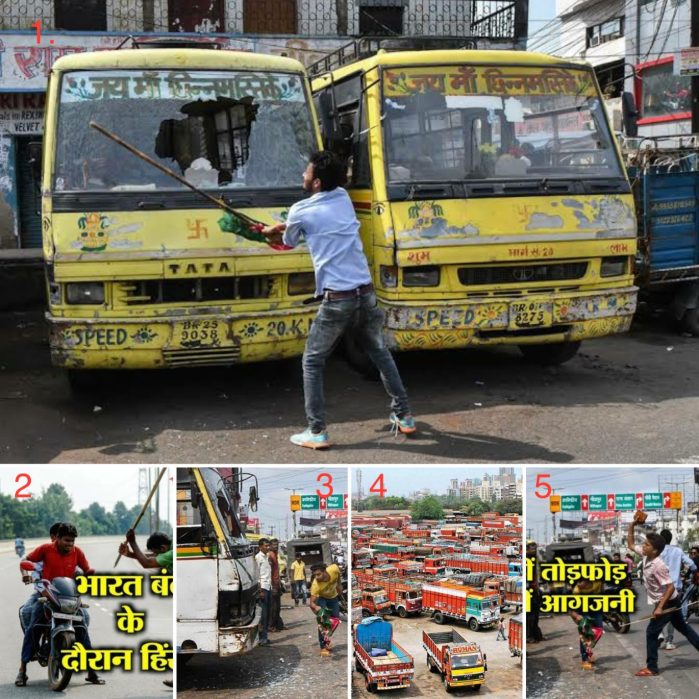 This image is from 2018. Outlook published an article on September 10, 2018 which describes the photo as, “Jan Adhikar Party supporter vandalises vehicles during ‘Bharat Bandh’ protest against fuel price hike and depreciation of the rupee, in Patna.” 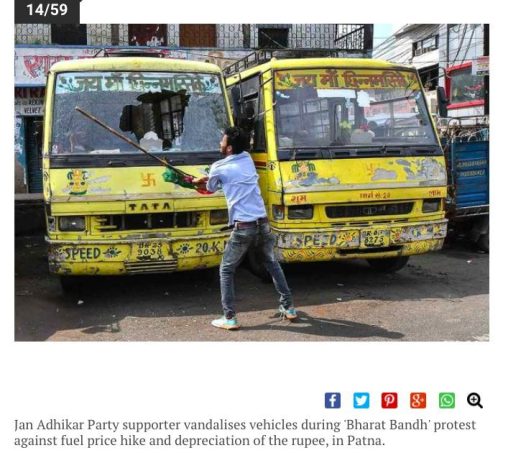 We found the second image in the same outlook article from 2018 captioned as, “Left Party workers stop a biker during ‘Bharat Bandh’ strike called by Congress and other parties against fuel price hike and depreciation of the rupee, at Jayadev Vihar in Bhubaneswar.” 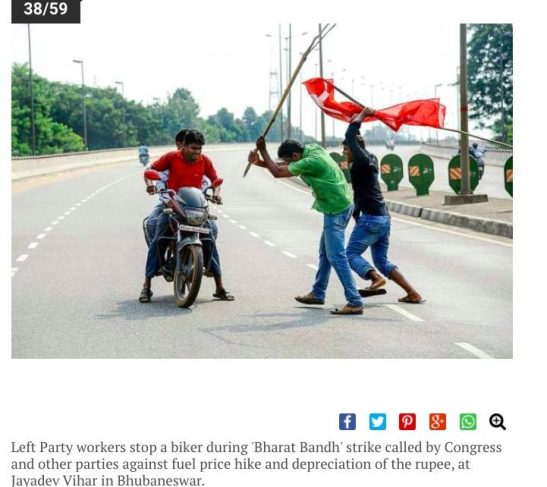 This too depicts the protests from 2018. “Jan Adhikar Party supporters vandalise vehicles during ‘Bharat Bandh’ protest against fuel price hike and depreciation of the rupee, in Patna,” reads its caption on Outlook. 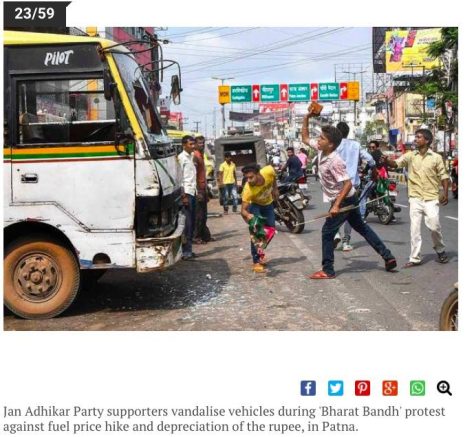 We found that the fourth image was used by DNA in an article published on July 27, 2018 on strikes by transporters in Gujarat. 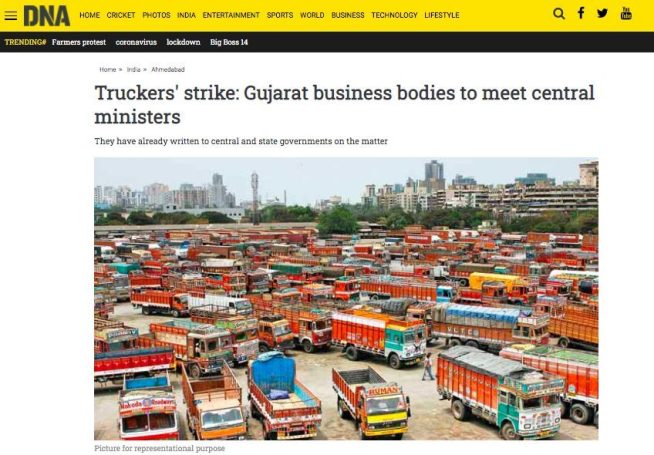 The fifth image is a cropped version of the third image which was used in the Outlook article. 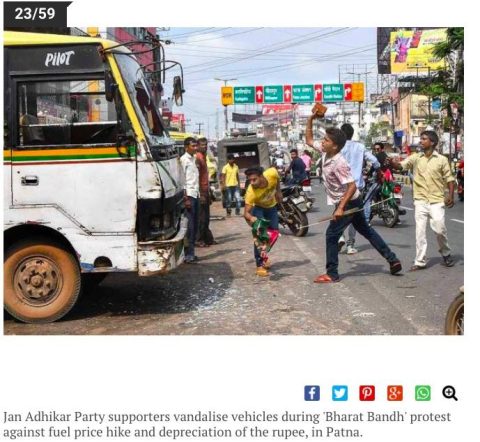