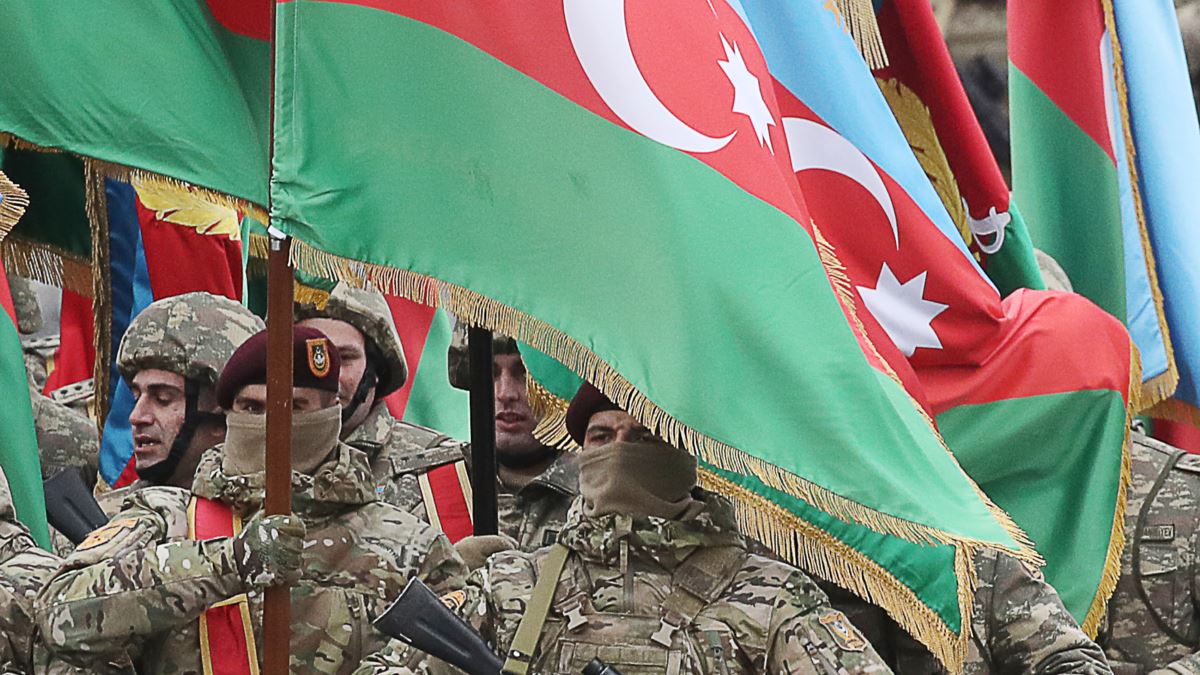 Azerbaijan has held a military parade to mark the country’s declared victory over Armenia in a recent war over the breakaway Nagorno-Karabakh region that ended with a Moscow-brokered truce that handed back several parts of the region to Baku.

Azerbaijani President Ilham Aliyev and visiting Turkish President Recep Tayyip Erdogan, a key ally in the conflict, presided over the parade devoted to what is officially described in Azerbaijan as the Victory in the Patriotic War, held at Baku’s central Azadliq (Liberty) Square, on December 10.

The peace agreement took force exactly a month ago and put an end to six weeks of fierce fighting over Nagorno-Karabakh that left thousands dead on both sides. It was seen as a major victory in Azerbaijan, while prompting mass protests in Armenia, where opposition supporters are demanding the ouster of the prime minister over his handling of the conflict.

Azerbaijan’s win was also an important geopolitical coup for Erdogan, helping solidify Turkey’s role as a powerbroker in the ex-Soviet Caucasus region that the Kremlin considers its sphere of influence.

More than 3,000 military personnel and some 150 pieces of military hardware — including some military equipment captured from ethnic Armenian forces during the war — were part of the procession, while navy vessels performed maneuvers in the nearby Bay of Baku. Turkish military personnel also participated in the event.

Under the peace deal, some parts of Nagorno-Karabakh and all seven districts around it were placed under Azerbaijani administration after almost 30 years of control by ethnic Armenian forces.

After the truce, Turkey signed a memorandum with Russia to create a joint monitoring center in Azerbaijan.

Russian officials have said that Ankara’s involvement will be limited to the work of the monitoring center on Azerbaijani soil, and Turkish peacekeepers would not enter Nagorno-Karabakh.

Nagorno-Karabakh is internationally recognized as part of Azerbaijan, but the ethnic Armenians who make up most of the region’s population reject Azerbaijani rule.