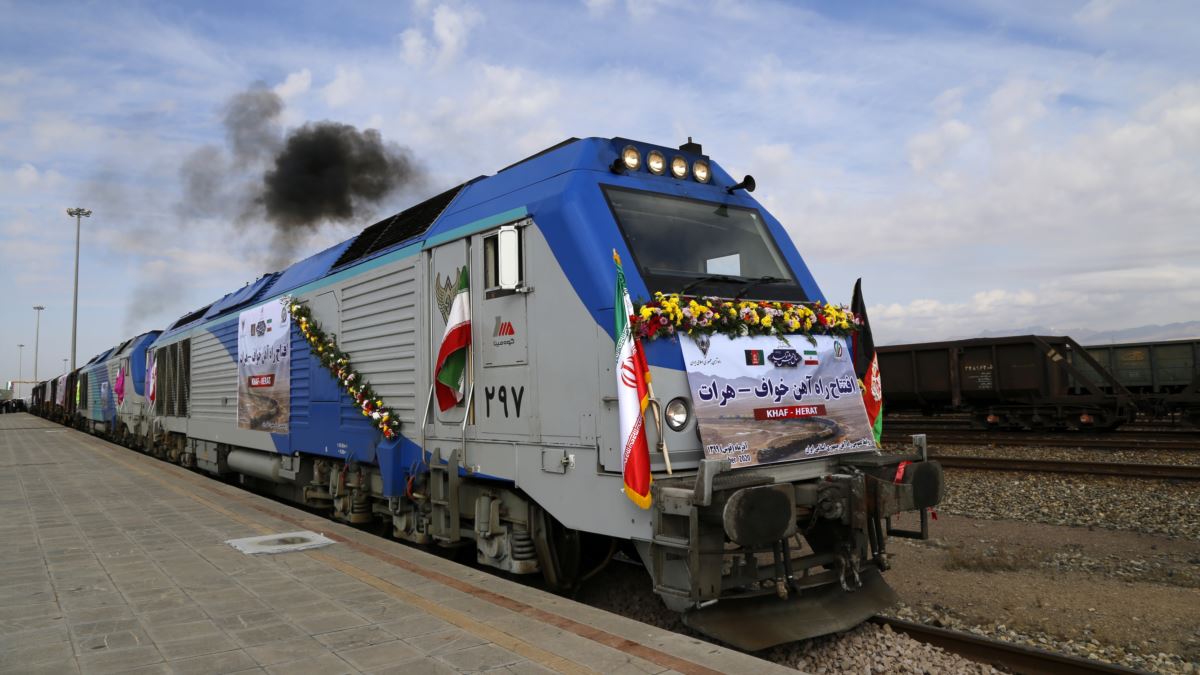 Iran and Afghanistan have officially inaugurated their first railway link, an achievement the two countries’ presidents said would help enhance trade across the region.

The 130-kilometer line running from Khaf in northeastern Iran into Rosnak in the western Afghan province of Herat is seen as providing a crucial transport link for the landlocked country where decades of war have hindered infrastructure development.

The link is to be eventually expanded by 85 kilometers to reach the city of Herat.

The $75 million Khaf-Herat railway project began in 2007, with Tehran funding construction on both sides of the border.

Speaking during the inauguration ceremony, held via videoconference due to the coronavirus pandemic, Afghan President Ashraf Ghani said the project was important not only for Afghanistan and Iran but also for the entire region.

Iran’s President Hassan Rohani said it was “one of the historic days” in relations between the two neighbors.

The ceremony saw cargo trains depart from opposite ends of the line, a week after a shipment of cement was sent from Iran to Afghanistan by train, inaugurating the railway link project.

Iran seeks to become a regional transport hub, allowing Afghanistan and other landlocked countries in the region to ship goods to its ports on the Persian Gulf and the Gulf of Oman.

With reporting by AP, TOLOnews, and IRNA