Namah’s call came after the Supreme Court yesterday ordered Parliament to sit next Monday, quashing the government’s recent adjournment of Parliament until April.

The court ruled that the Speaker’s move to overrule an earlier adjournment allowed by his deputy and recall Parliament last month, when the opposition was not present, was unconstitutional.

Welcoming the ruling outside the court in Port Moresby, Namah told media that his group was ready to form government.

“I’m now calling on the Honourable James Marape to do the right thing by the people of this country, to resign as the prime minister effective as of today.”

Marape, who lost his majority a month ago but has since clawed back support from several MPs, said he understood the opposition was preparing for a vote of no-confidence. 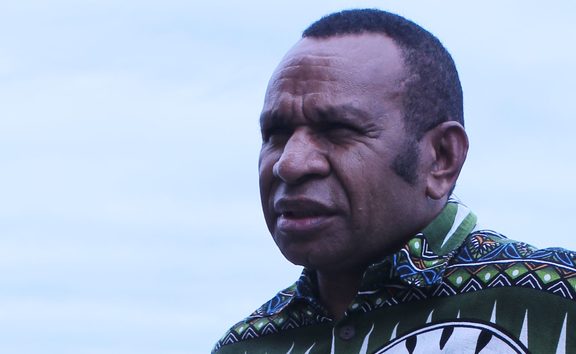 “If you want to get me out of office, then the proper place is contest through a vote of no-confidence process on the floor of Parliament.”

Parliament appears evenly split, with Marape saying he had the support of 55 of the 111 MPs.

Marape said the MPs with him could “not be bought or sold”, characterising the opposition’s move to remove him as driven by some MPs’ personal interest to be prime minister.

But his government is under significant parliamentary pressure, as the Supreme Court ruling rendered all Parliamentary business on November 17 invalid.

That included the government’s passing of the 2021 budget, which will have to be tabled again – although this time the opposition MPs will be present.

The opposition has not revealed who its nomination for alternative prime minister would be.

Last year, Marape led moves to oust O’Neill, who resigned before a Parliamentary vote elevated his former close ally to the leadership.

O’Neill said that Marape should do what he did when he had lost a clear majority and resign.

Marape has meanwhile appealed for the public to remain calm, despite the political turbulence.

This article is republished by the Pacific Media Centre under a partnership agreement with RNZ.