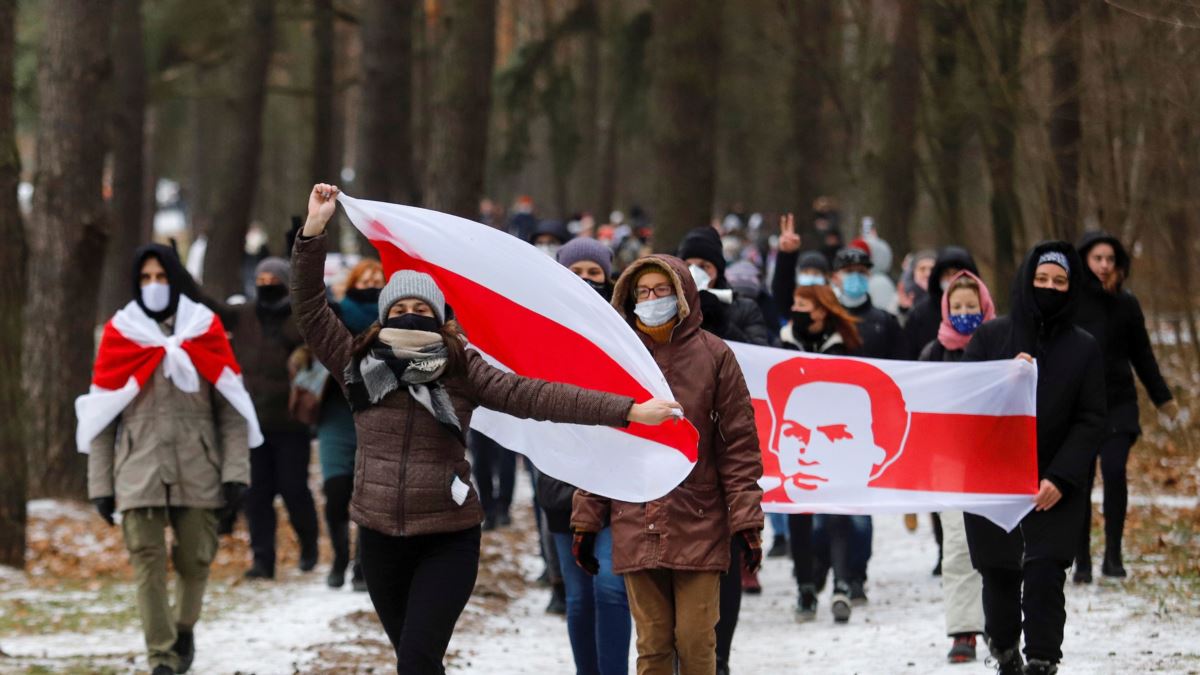 MINSK — Opposition demonstrators have staged scattered marches and rallies in the Belarusian capital and other cities as they pressed efforts to pressure strongman leader Alyaksandr Lukashenka to make political concessions.

The December 13 actions in Minsk and elsewhere came as opposition leader Svyatlana Tsikhanouskaya was scheduled to appear at events in Germany, as part of her efforts to rally international support for Belarus’s beleaguered opposition.

The country has been roiled by unprecedented political opposition since early August when Lukashenka was declared victor of a presidential election that opposition leaders said was flawed.

Still, the only hints of concession that Lukashenka has shown are suggestions he has made about drafting a new constitution.

In contrast to past weekend demonstration, Minsk authorities did not shutter the subway system on December 13, and no major Internet disruptions were reported.

The human rights group Vyasna reported at least 28 people had been detained by mid-afternoon.

Many of Belarus’s opposition leaders have been arrested or forced to leave the country, including Tsikhanouskaya, who says she won the August election.

The United States, the European Union, and several other countries have refused to acknowledge Lukashenka as the winner of the vote.