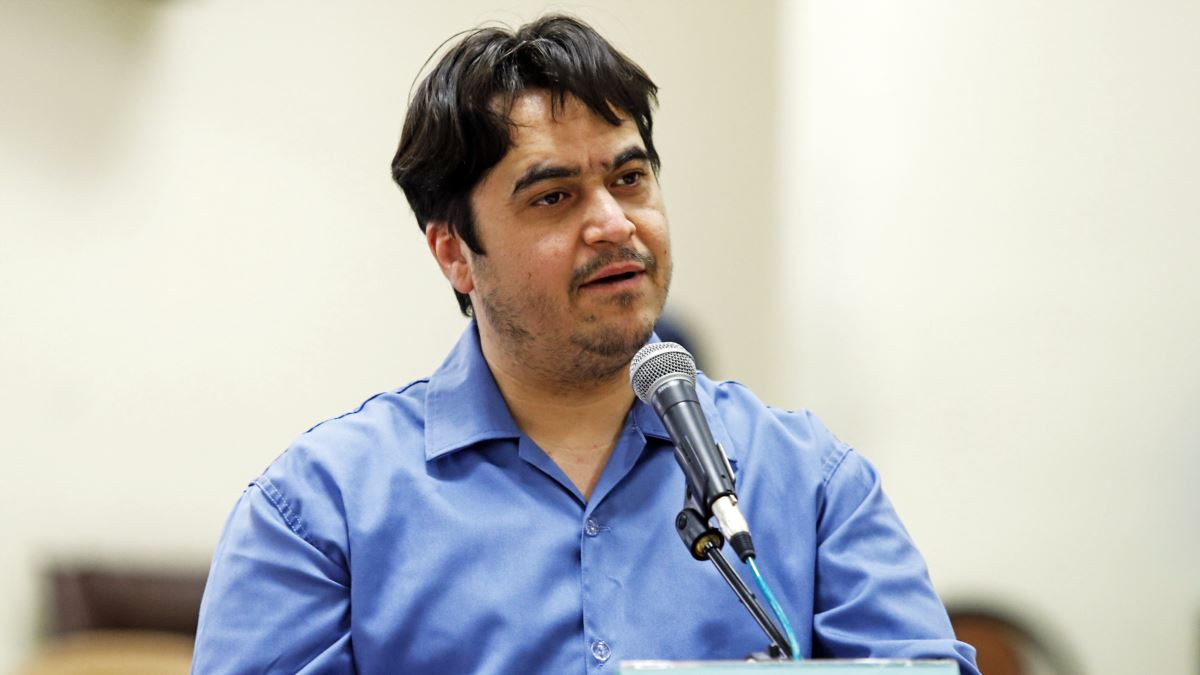 Iran has summoned the German and French ambassadors to Tehran after the European Union condemned the execution of an Iranian journalist whose online work helped inspire anti-government protests in 2017, Iranian state media report.

According to the IRNA news agency, Iran’s Foreign Ministry told the envoys that Tehran rejects the EU statement as “an unacceptable interference in Iran’s domestic affairs.”

Ruhollah Zam, a former exile in France, was hanged on December 12, sparking a chorus of international outrage.

The EU condemned the journalist’s execution “in the strongest terms” and reiterated its “irrevocable opposition to the use of capital punishment under any circumstances.”

France called the execution a “barbaric and unacceptable act” and a “serious breach of free expression and press freedom in Iran.”

Zam, 47, was being held in Iran after Iranian intelligence services reportedly seized him while he was traveling in neighboring Iraq in 2019.

He was sentenced to death in June following what media watchdog Reporters Without Borders called a “grossly unfair” trial.

Zam was convicted of “corruption on Earth,” a charge often leveled in cases involving espionage or attempts to overthrow Iran’s government.

Germany expressed its shock about the circumstances of Zam’s sentencing and what it described as his “abduction from abroad” and forced return to Iran.

Zam’s website, AmadNews, and a channel he created on the popular messaging app Telegram had informed people about the 2017 protests, which began over economic hardship and spread nationwide.

The protests represented the biggest challenge to Iran since postelection mass unrest in 2009 and set the stage for similar turmoil in November 2019. More than 20 people were killed during the unrest and thousands were arrested.

AmadNews was suspended on Telegram in 2018 but later continued under a different name.

Based on reporting by AP, dpa, AFP, and Reuters