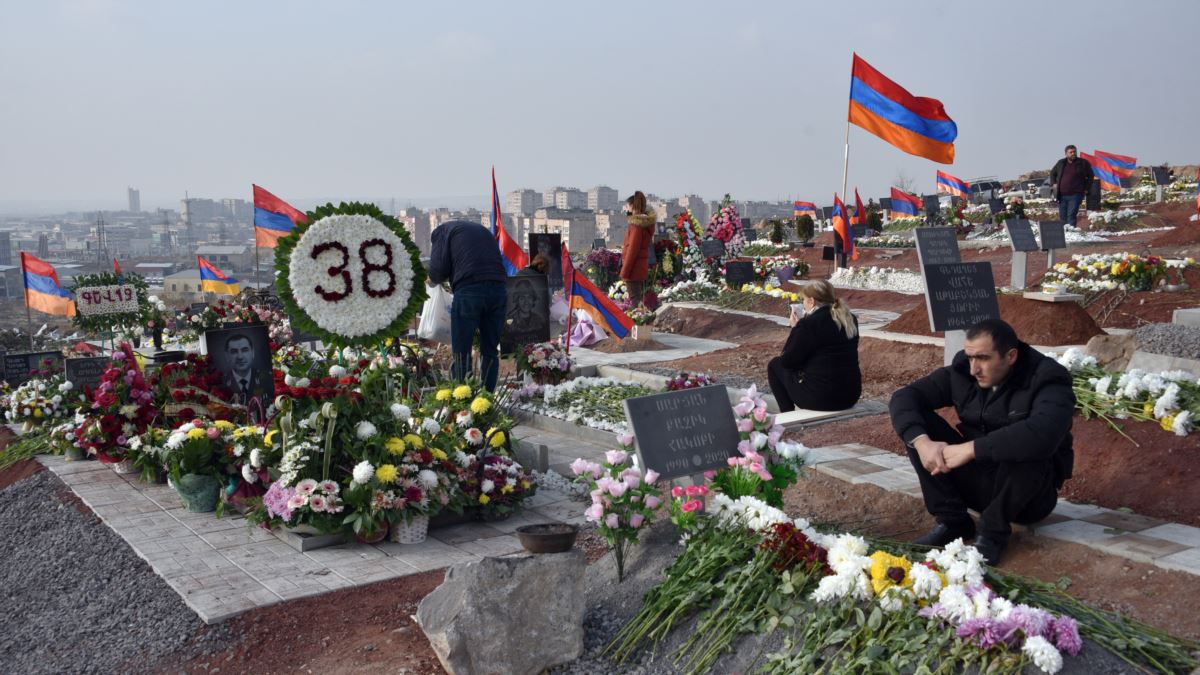 YEREVAN/BAKU — Azerbaijan and Armenia have started exchanging prisoners, a move stipulated in the cease-fire agreement between the two neighbors that ended recent fighting over the breakaway Nagorno-Karabakh territory.

Azerbaijani authorities said the sides had agreed to an all-for-all exchange of prisoners, and that a plane with some of the captives landed in Azerbaijan on December 14.

“At this stage, the Armenian captives whose captivity has been confirmed by Azerbaijan and the Red Cross are being returned. The process of finding and organizing the return of our other compatriots who are missing and have been possibly captured continues,” Deputy Prime Minister Tigran Avinian wrote on his Facebook page.

The Russian Defense Ministry said that 12 prisoners were handed over to Azerbaijan and 44 to Armenia.

The exchange was facilitated by Russian peacekeepers who have been deployed in and around Nagorno-Karabakh under the Moscow-brokered cease-fire deal, which took effect on November 10 after six weeks of fighting.

It was not immediately clear how many more prisoners Azerbaijan and Armenia intended to exchange.

The fighting, in which killed more than 5,600 people on both sides were killed, was the worst clashes over the region since the early 1990s.

Under the Russia-brokered truce deal, some parts in and around Nagorno-Karabakh were placed under Azerbaijani administration after almost 30 years of control by ethnic Armenian forces.

In Armenia, the truce agreement sparked outrage and anti-government protests, with thousands regularly taking to the streets to demand the ouster of Prime Minister Nikol Pashinian over his handling of the conflict.

Thousands of people rallied in the Armenian capital on December 14, chanting “Nikol, go away!” and “Armenia without Nikol!”

Pashinian, who swept to power amid nationwide protests in 2018, has said he has no plans to quit, insisting that he signed the deal because he is responsible for ensuring national security and stabilizing the former Soviet republic.

Opposition politicians have called for the establishment of a new, interim government until early elections can be held in the coming months.

Nagorno-Karabakh is internationally recognized as part of Azerbaijan, but the ethnic Armenians who make up most of the region’s population reject Azerbaijani rule.

They have been governing their own affairs, with support from Armenia, since Azerbaijan’s troops and Azeri civilians were pushed out of the region and the seven adjacent districts in a war that ended in a cease-fire in 1994.

With reporting by AP