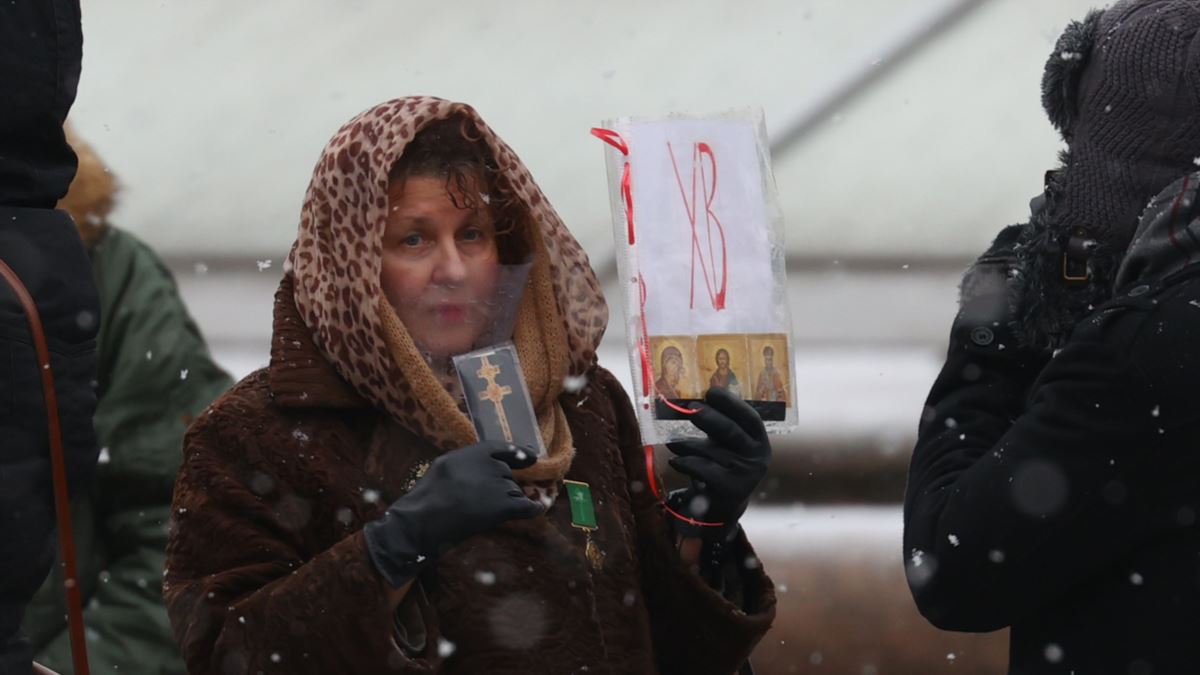 MINSK — A Belarusian human rights group says more than 100 people were detained in Minsk during the weekly rally of retirees calling on strongman Alyaksandr Lukashenka to step down.

Up to 150 protesters gathered at Independence Square in the center of the capital Minsk on December 14 for their customary Monday march, but security forces prevented them from moving along Independence Avenue.

The demonstrators then started rallying on the square itself, waving white-and-red flags, a symbol of the opposition, and shouting slogans such as “Get out!” and “Long live Belarus!” before the gathering was dispersed by police.

Some of the demonstrators hid in the nearby Church of Saints Symon and Alena, but at least 106 others were detained, according to the human rights group Vyasna.

The crackdown came a day after a total of 271 people were held at protests around the country, according to the Interior Ministry. Most of the arrests were reported in the capital.

Belarus has been roiled by nearly daily protests since early August when Lukashenka was declared victor of a presidential election that opposition leaders said was flawed.

Police have violently cracked down on the postelection protests, with more than 27,000 detentions, according to the UN. There have also been credible reports of torture and ill-treatment, and several people have died.

Many of Belarus’s opposition leaders have been arrested or forced to leave the country, while Lukashenka, who has ruled the country with an iron fist for almost three decades, has refused to negotiate with the opposition.

The United States, the European Union, and several other countries have refused to acknowledge Lukashenka as the winner of the vote, and imposed sanctions on Lukashenka and his allies, citing election rigging and the police crackdown.

On December 14 in Berlin, Belarusian opposition leader Svyatlana Tsikhanouskaya urged Germany to lift its visa requirement for Belarusian citizens and called for the expansion of EU sanctions.

“The punitive measures look ridiculous when we see how many people have been arrested so far: more than 30,000 since August,” Tsikhanovskaya, who left Belarus for neighboring Lithuania fearing for the safety of her family, told Der Spiegel magazine during her visit to the German capital.

“We need action,” she said.

Tsikhanovskaya met in Berlin with German President Frank-Walter Steinmeier, who praised the Belarusian people’s “bravery and persistence,” and the president of Germany’s parliament.

From Germany, Tsikhanouskaya is set to travel to Brussels for talks with EU foreign affairs chief Josep Borrell and members of the EU Parliament, before receiving the European Parliament’s prestigious Sakharov Human Rights Prize on December 16.

With reporting by AP and dpa