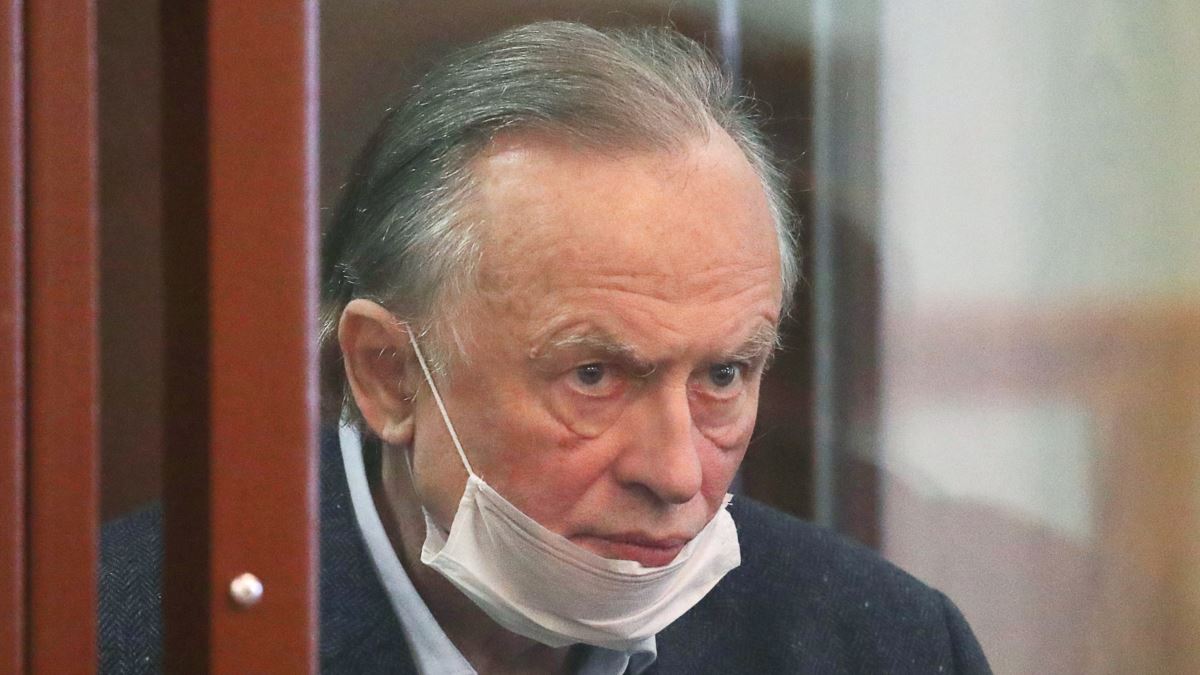 ST. PETERSBURG, Russia — Prosecutors in the murder case against a flamboyant Russian professor who murdered and dismembered his student lover are seeking a 15-year prison term for a crime that has captivated St. Petersburg, Russia’s second-largest city, over the past year.

Prosecutors Asya Lokotkova and Marina Suvorova asked the Oktyabr district court on December 14 to sentence Oleg Sokolov to 13 years in prison for murdering 24-year-old postgraduate student Anastasia Yeshchenko, and to three years in prison for illegally possessing a firearm, though they said the total prison term for the defendant should equal 15 years.

The 64-year-old historian, who was once awarded France’s Order of Legion d’Honneur for his research into military leader Napoleon Bonaparte, was detained in St. Petersburg in November 2019 after being pulled out of the Moika River with a backpack containing the severed body parts of a young woman.

Investigators later found the woman’s head in his apartment.

Sokolov, who regularly dressed in Napoleon-era costumes and took part in battle reenactments, said during the hearing that he fully accepts guilt on all charges, but added that he was not sure if the murder was premeditated as, according to him, he killed his lover in a state of “temporary insanity.”

The high-profile case has been adjourned or postponed several times in recent months for various reasons, including restrictions imposed to slow the spread of the coronavirus.