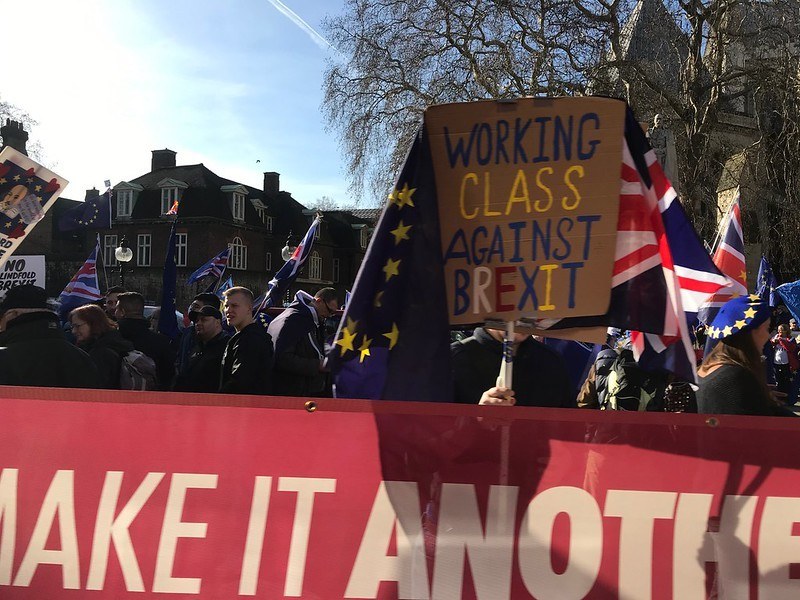 I met pleased and gloomy people in the first half of last year when I travelled around the UK writing about the potential impact of Brexit. But by far the happiest of those I interviewed were veteran Irish republicans in Belfast, mostly present or past members of Sinn Fein, who had devoted their lives to opposing British rule.

Irish nationalists had been trying to interest the rest of the world in the partition of Ireland since it happened in 1921 but had failed dismally. Now the British government was self-destructively doing their work for them, significantly eroding the status of Northern Ireland as part of the UK.

Unionist fears that they would be sold out have been amply fulfilled, an outcome confirmed this week by the EU-UK government deal on the Irish Sea border, which is complicated and confusing – perhaps deliberately so – but means in practice that there will be trade barriers between Northern Ireland and Britain, though not between the Northern Ireland and the Irish Republic. Unionist papers now refer to an “Irish Sea border” as a done deal. At the same time, Boris Johnson dropped the much-criticised clauses in the Internal Market Bill that would have enabled his government to renege on the sea border.

Former leaders of the Brexiteers, propelled into power by claiming to be “taking back control”, are coy about what they have done, but the British state is ceding a large measure of authority over part of the UK. Northern Ireland will in future abide by EU customs regulations and “single market” rules and the rest of the UK will not. Unsurprisingly, the pro-Brexit British media that has been booming defiance towards Brussels in the last few days and telling Johnson to stand firm is largely mute about this diminution in the real power of the British government.

The unionists in Northern Ireland are not so shy in expressing their sense of betrayal. “The prime minister will always do what is right for him personally, then for his party, then for England,” says a bitter editorial in the unionist News Letter quoted by The Irish Times. “He showed pure cynicism when he came to Northern Ireland to denounce Theresa May’s border backstop … Within months he had the premiership he had spent a lifetime coveting, and within weeks of achieving that goal he was cutting the province adrift.”

Of course, anybody putting their trust in anybody so openly duplicitous as Johnson does not deserve much sympathy. Arlene Foster and the Democratic Unionist Party, for all their reputation for ruthless pragmatism, showed child-like naivety in imagining that the Conservative Party’s embrace would last a second longer than its dependence on the DUP for its majority in the House of Commons.

But the tortured emergence of the “Irish Sea border”, together with the dropping of the disputed clauses in the Internal Market Bill, does more than provide further example of Johnson’s untrustworthiness. They are the outcome of changes in the balance of power on a number of fronts, all negative for Britain. The first is between Protestants/unionists and Catholics/nationalists in Northern Ireland. The dominance of the former has been slipping away since the start of the Troubles in 1968, a decline recognised and institutionalised by the Good Friday Agreement 30 years later.

The balance between the two communities will change further as the unionists/Protestants lose their demographic majority in the upcoming census.

The outcome of the struggle over the location of the Irish border is more than just an Irish issue; it has been a crucial test of strength between post-Brexit Britain and the Irish Republic, the EU itself, and the US as Joe Biden becomes president. The result of the test is to show that global Britain is a shrunken power, regardless of the outcome of the current trade talks.

This does not mean that Irish unity is around the corner. The unionists are just as tough as the nationalists. Not many of them think that they would be better off in the Irish Republic, but what has changed is that a large chunk of the nationalist community who previously thought they were better off in the UK no longer do so. “You would not find many nationalists post-Brexit who would not vote for a united Ireland in a new border poll,” one commentator told me last year.

What was true then is even more true now. I was struck at that time by the cavalier ignorance of the Brexit leaders about the Irish border issue. They spoke of it being policed by technical means, failing to note that most of it runs through nationalist areas and any device monitoring it would be smashed within minutes of being installed. A year later I witnessed the same blend of ignorance, poor judgement and incompetence at work as Johnson’s government grappled with the coronavirus epidemic.

There is something darkly comic about Britain under a leadership of proven ineptitude, and deliberately shorn of allies, planning to outcompete the rest of the world. The problem is that the Conservative Party, as it transforms into an exclusively English nationalist party, has the virtues and vices of nationalist movements everywhere. There is nothing peculiarly British about this: most people in the world see the nation state as the best vehicle for their loyalties, something exemplified by the response to the pandemic when every nation – including the 27 members of the EU – consulted their own interests first and last.

Nationalists suffer from two weaknesses in particular: they blame everything that goes wrong on an external oppressor, such as, in Britain’s case, Brussels. Second, they are blind to the nationalism of others, seeing it as phoney and inspired by base motives like economic greed, and entirely different from their own pristine patriotism. The Brexiteers never considered how their own English nationalism would affect Ireland and Scotland. Yet the last 15 opinion polls in Scotland show that a majority of Scots now favour independence. Even if this does not happen soon, the “Scottish question” is going to be a dominant theme in British politics in the coming decades, just as the “Irish question” once was.

We are not yet seeing the final break-up of the UK, but the ebbing of English power within the British Isles as a whole is becoming ever more visible. Ireland has a thirteenth of the population of the UK but has become a political rival to be taken seriously because it is backed, at least for the moment, by the EU and the US. No wonder those Sinn Fein leaders in Belfast were looking so happy.