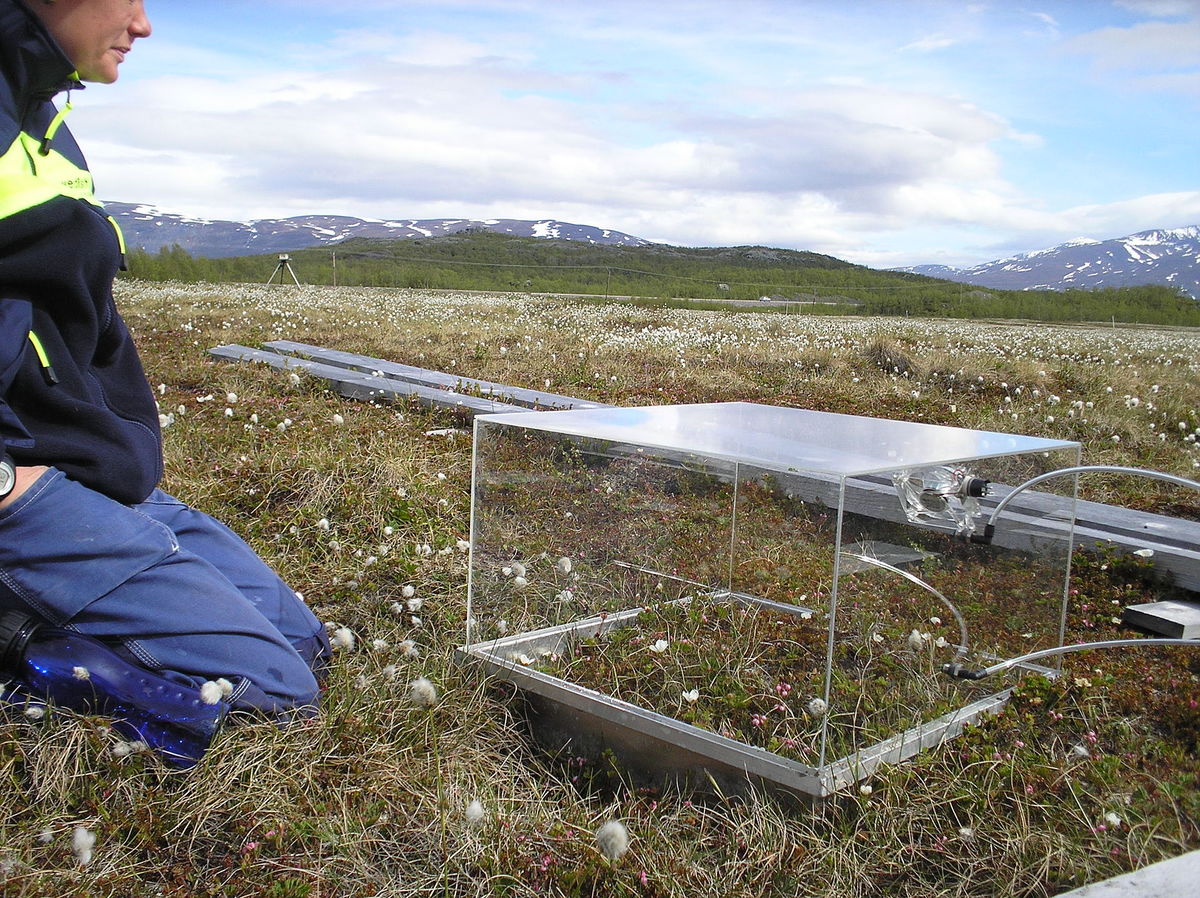 “The story of methane really is a story of a very serious definitive threat to our future existence on this planet.” (Peter Wadhams)

Legendary Arctic explorers Sir James Clark Ross, who located the northern magnetic pole in 1831 and Sir William Edward Parry, who set a record in 1827 for the Farthest North exploration serve as footnotes in the context of the Arctic’s most prolific scientist, Peter Wadhams, professor emeritus, University of Cambridge, with more than 50 expeditions to the world’s poles under his belt.

Dr. Peter Wadhams (A Farewell to Ice: A Report from the Arctic, Oxford University Press) delivered the principal lecture for a very special presentation by Scientists Warning/Europe ‘20: “The Threat from Arctic Methane” Nov. 24, 2020 (1:32 m)

In his lecture, Dr. Wadhams accentuated profound Arctic changes unprecedented throughout recorded history that go well beyond the context of NOAA’s Arctic Report Card. He discussed far-reaching Arctic changes with a distinct possibility of dire consequences for the planet’s climate system.

Based upon his presentation, highlighted herein, unless and until ongoing experimental efforts in England for remediation of the Arctic are proven to work, meaning revival of the Arctic, the planet is destined to become a vastly different place, not for the better, and likely not in the distant future but much sooner than that. The Arctic is changing too fast for comfort.

“The Arctic is no longer the Arctic” (Wadhams). It is something entirely different. The change is palpable. It has morphed into a looming threat of radical climate upheaval.

Regrettably, neither the Intergovernmental Panel on Climate Change (IPCC) nor any major nation/state is braced for Arctic upheaval. It is not universally recognized as an impending threat in the near future.

World opinion is broadly shaped by the IPCC narrative, which does not recognize a methane threat from the seas off Russia’s northern coastline. But, according to Professor Wadhams: They’re wrong!

Explained in detail during Dr. Wadhams’ lecture, the Arctic’s disintegration stems from rapid loss of sea ice due to global warming, specifically over the past 40 years, which now exposes shallow continental underwater shelves along Russia’s northern coastline to unheralded bouts of solar radiation because of loss of albedo, meaning loss of reflectivity (sea ice is very reflective, 80%-90%, of solar radiation). Nowadays, dark water absorbs that same extra heat that had been reflecting back into outer space for centuries upon centuries.

The major issue is continental shelves above Russia in extremely shallow water, only 50-100m in depth. Solar radiated warming now extends all the way to the bottom of the seabed, in turn, thawing the underwater sediment, which contains eons of accumulation of frozen methane.

“That is the threat. The thawing of the seabed … giving us a rapid increase in emissions… in this case of methane.” (Wadhams)

When Dr. Wadhams recently sailed north of the Bering Sea, which divides Russia from Alaska, he found temps of 17°C (62.6°F) and 11°C (51.8°F) in the Arctic Ocean. “These are temperatures like you get in the North Sea in summer when people go swimming. It’s not typically Arctic conditions anymore.” (Wadhams)

“When we look at temperatures at the bottom on the seabed, we find temperatures above the freezing point… Under the water we find a layer of permafrost and underneath that permafrost a couple hundred meters of sediment, and that sediment is filled with methane gas which reacts with the sediment to produce methane hydrate, which is ice that contains methane molecules… remove it from the sea and put a match to it and it burns.” (Wadhams)

In the end, as the permafrost protective layer melts, like it’s actually doing, the methane hydrates in shallow waters become unstable and release methane gas.

Among the seas north of Russia, the East Siberian Artic Shelf is the one continental shelf that combines a curiously unique dangerous cocktail: (1) Extremely low water depth (2) High concentrations of hydrates in the sediment. The methane layer is approximately two kilometers (1.25 miles) thick. “So, that’s 2,000 meters (6,562 feet) of sediment that contains high concentrations of methane.” (Wadhams)

As the seabed warms, the permafrost melts, leaving naked hydrates. Naked hydrates are not stable. They quickly decompose into methane gas released in water columns directly into the atmosphere. Areas where naked hydrates are melting show methane measurements so extensive that a ship randomly sailing past, if it created a spark or dropped a cigarette overboard, would blow up.

“This is truly a frightening circumstance of huge amounts of methane released from the seabed coming up to the sea surface where it is released into the atmosphere.” (Wadhams)

Dr. Wadhams discussed the approach of mainstream science: “Scientists have been very complacent and the IPCC, in fact, has been totally complacent about this, because they say, oh well, methane released in the seabed dissolves in the ocean and doesn’t reach the surface. That’s actually wrong. It is true if the water depth is great, meaning in water depth greater than 200 to 300 meters. But, it is not true in water depth of only 50-60 meters because the methane gas rises quickly… it doesn’t have time to dissolve… a lot of scientists who’ve never been to the Arctic imagine that the methane dissolves in the water so we don’t have anything to worry about. They’re just not aware that the water depth is very shallow.”

The proof is convincing as methane emissions are rapidly increasing: “We know that something has been going on in the last few years because if we look at the amount of methane in the atmosphere, it rose steadily from the 1980s and then it reached a peak in the year 2000… since 2007, an increase once again, and it’s been going up ever since in an accelerating way.” (Wadhams)

Scientists who study the Arctic fear the whole complex of protective permafrost will thaw and expose the shelf along the East Siberian Artic Sea, as well as other seas nearby, like the Laptev Sea and the Kara Sea. In turn, causing a big burst of methane, an outbreak. Russian scientists have estimated such an outburst could be 50 gigatons, but that’s only for the initial release. That’s equivalent to 50 billion tons.

“I did an analysis with two colleagues on what that would do to global warming… we’d be getting an extra 0.6°C more or less immediately, a sudden rise of global temperatures… Now, this is not good news because the entire move up since the 19th century has only been one degree centigrade for the planet as a whole, and here we are… adding 0.6°C instantly, within a few months or weeks, we don’t know how instant, but it would be very instant. It’s something we’ve never experienced on this planet.” (Wadhams)

Unfortunately, o.6°C would be just the start followed by more, as additional sediment thaws. Furthermore, the economic costs would likely be one trillion pounds per year.

What can be done?

CO2 can be removed from the atmosphere via Direct Air Capture (DAC), but it is very expensive. However, it’s an enormous job on the scale of existing planet-wide fossil fuel infrastructure. Even then, DAC does not apply to removal of methane.

Emergency plans should be formulated by nation/states and especially by coastal cities because a “big burst” could happen at any time. Estimates are within the next few years. Certainly, the underwater permafrost is thinning. Russian scientists measure it.

Other geo-engineering measures for amelioration of Arctic disintegration are under study. For example, Marine cloud brightening via drone ships at sea is one study underway in order to reflect solar radiation back into outer space. It could reduce temperatures to help stem and possibly (hopefully) reverse Arctic sea ice loss. This can be attempted on a localized basis.

A group of scientists in England is currently working on solutions for the Arctic, experimenting with a technique that blows a powdered solution on the sea surface where it’ll thwart the methane before it emits into the atmosphere. This is still only theoretical, as experimentation is ongoing.

Throughout the virtual online session with Dr. Wadhams, he emphasized the disconnect between the scientific community and the reality of what’s happening in the shallow waters of the East Siberian Arctic Sea (ESAS), which region is equivalent in combined size to Germany, France, Gr Br, Italy, and Japan with 75% of the area in 50-80m, shallow waters, allowing methane (CH4) release from the subsea permafrost without oxidation in the water column directly into the atmosphere. That is a very bad setup, just itching for trouble.

“I think you should be worried about the methane threat despite the fact that the International Panel on Climate Change is keeping very quiet about it.” (Wadhams)

The post Menacing Methane – An Analysis appeared first on CounterPunch.org.