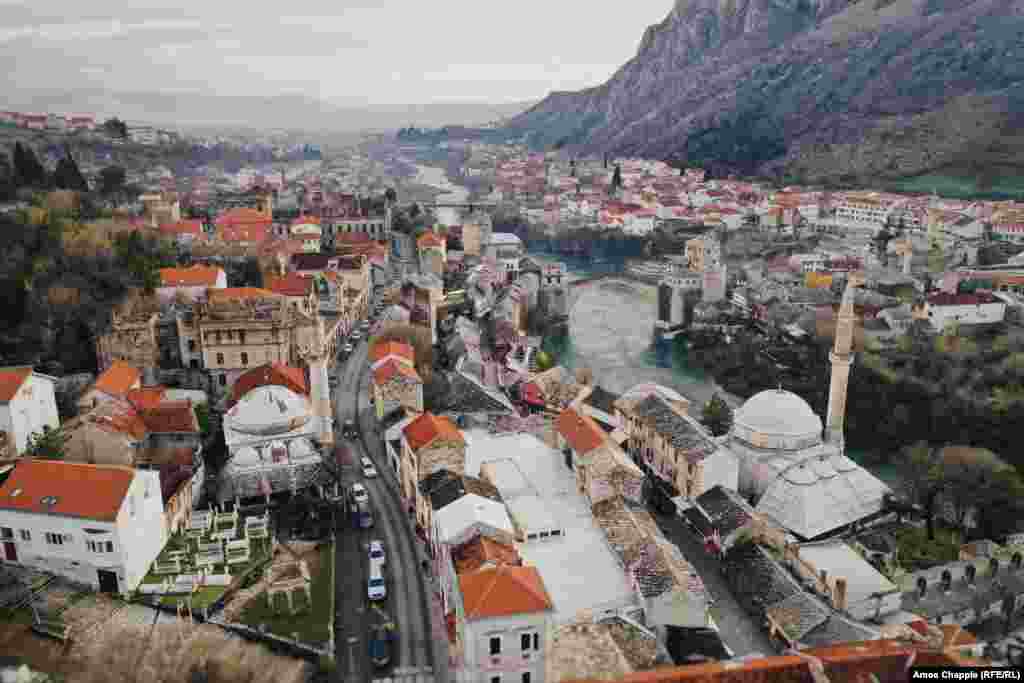 1 This is Mostar, a city in southern Bosnia famous for its stone bridge (center right) across the Neretva River. 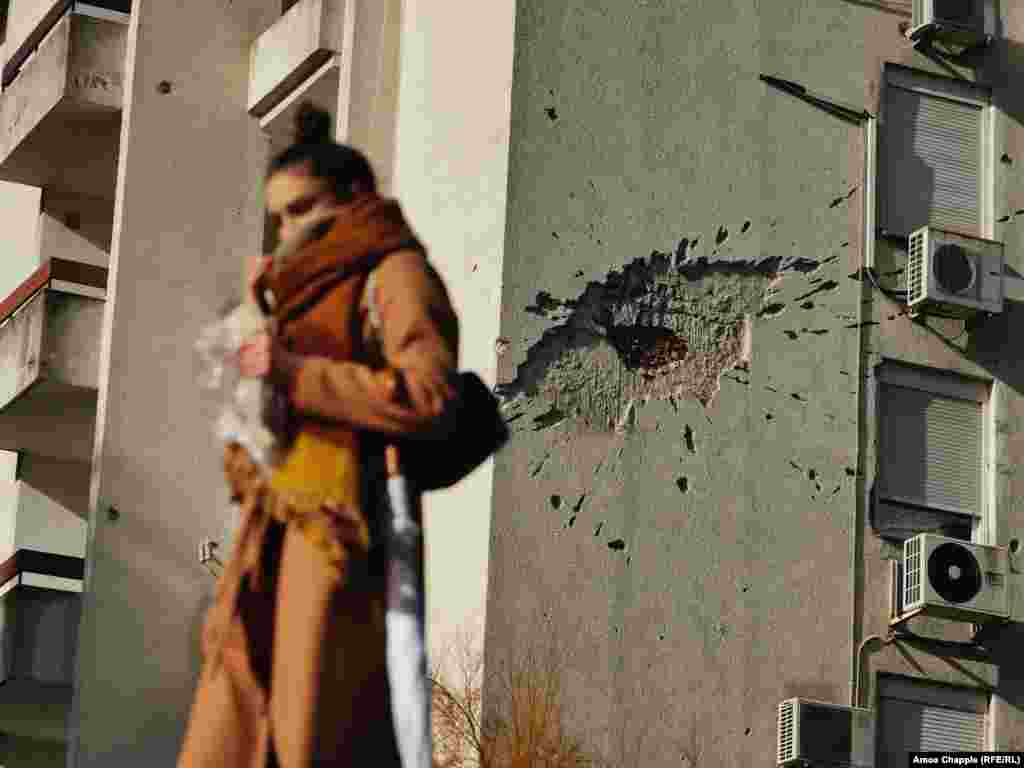 2 A building scarred by war in central Mostar.

Mostar was ravaged by conflict during the early 1990s, culminating in a 1993-1994 war that saw Bosnian Croats fighting mainly Muslim Bosniaks for control of the city. 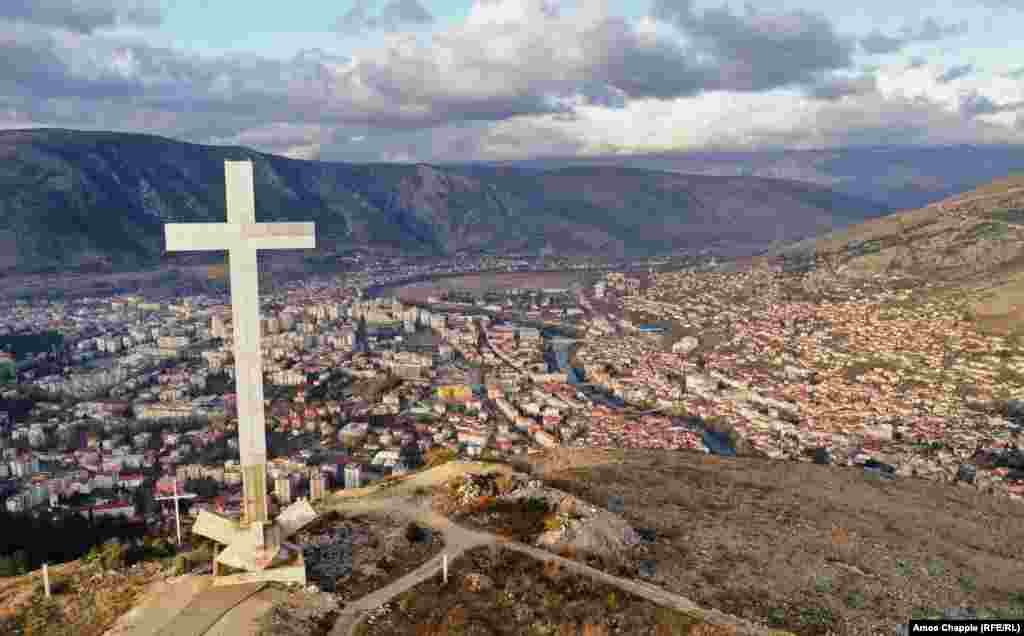 3 A viewpoint above Mostar dominated by a 33-meter high cross.

Since the end of the conflict in 1994, Mostar has been divided with Croats mostly living on the west side of the Neretva River (left side of photo) and Bosniaks to the east. 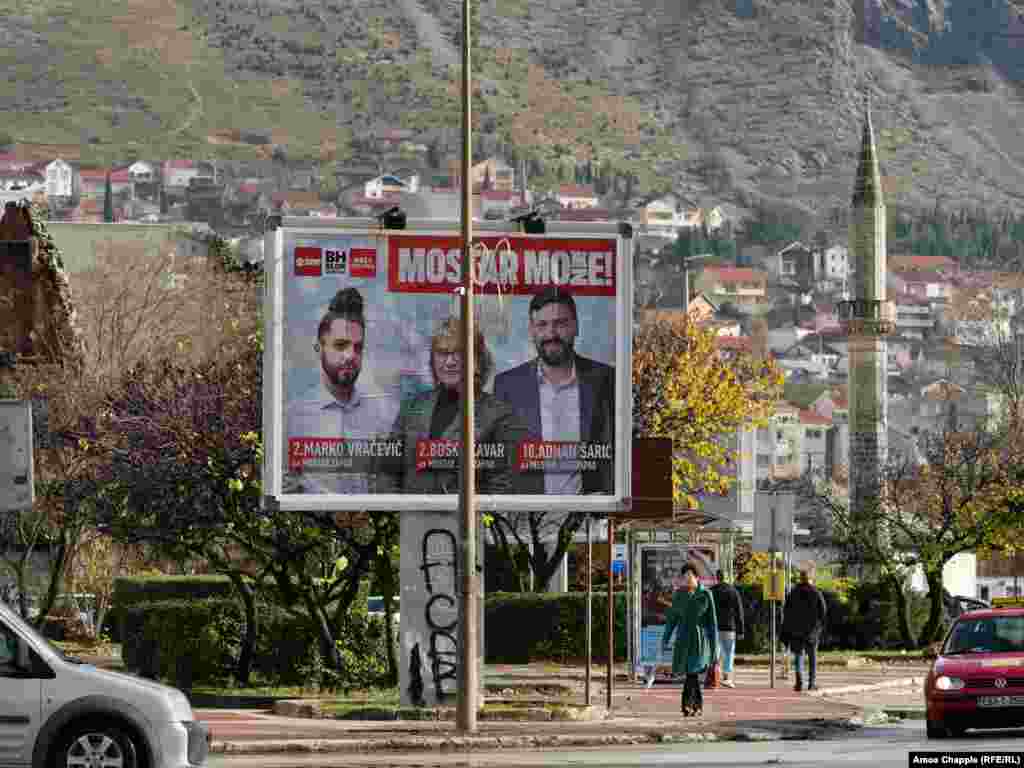 4 A political poster for upcoming elections in Mostar’s city center.

Mostar is due to hold municipal elections on December 20 after more than 12 years of political impasse that left the city without a functioning local council. 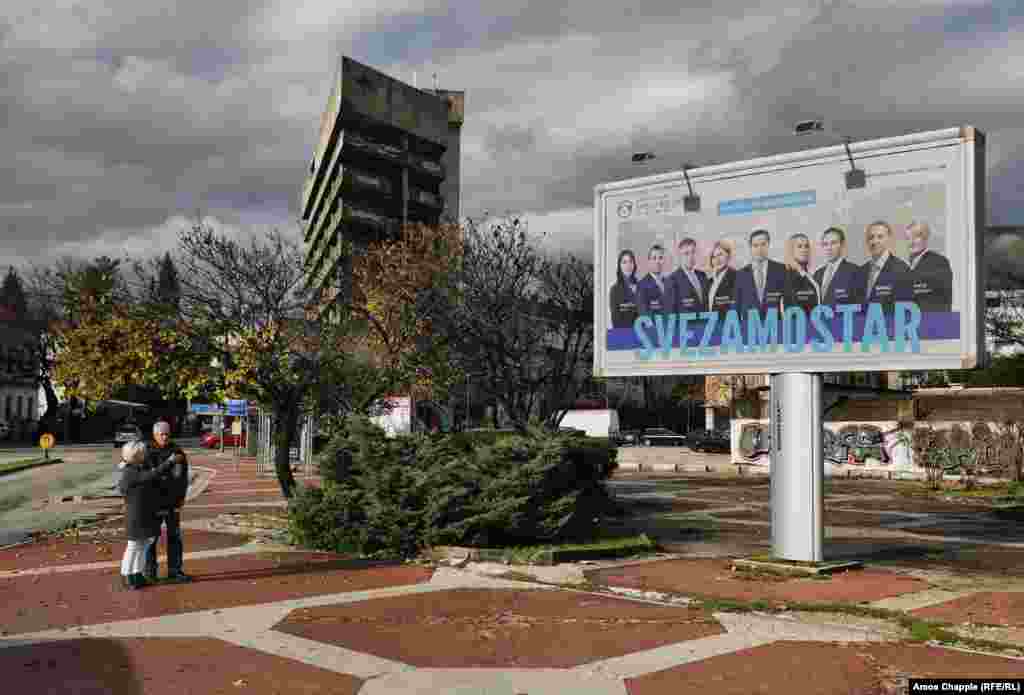 5 An elderly couple stop to discuss a political poster in central Mostar.

The breakdown of democracy — largely due to Bosnia’s complex postwar governing system, a ruling from Bosnia’s Constitutional Court, and political impasse between Bosnian-Croat and Bosniak parties — has left Mostar’s mayor holding onto the office as “interim mayor” long after his original mandate expired in 2012. 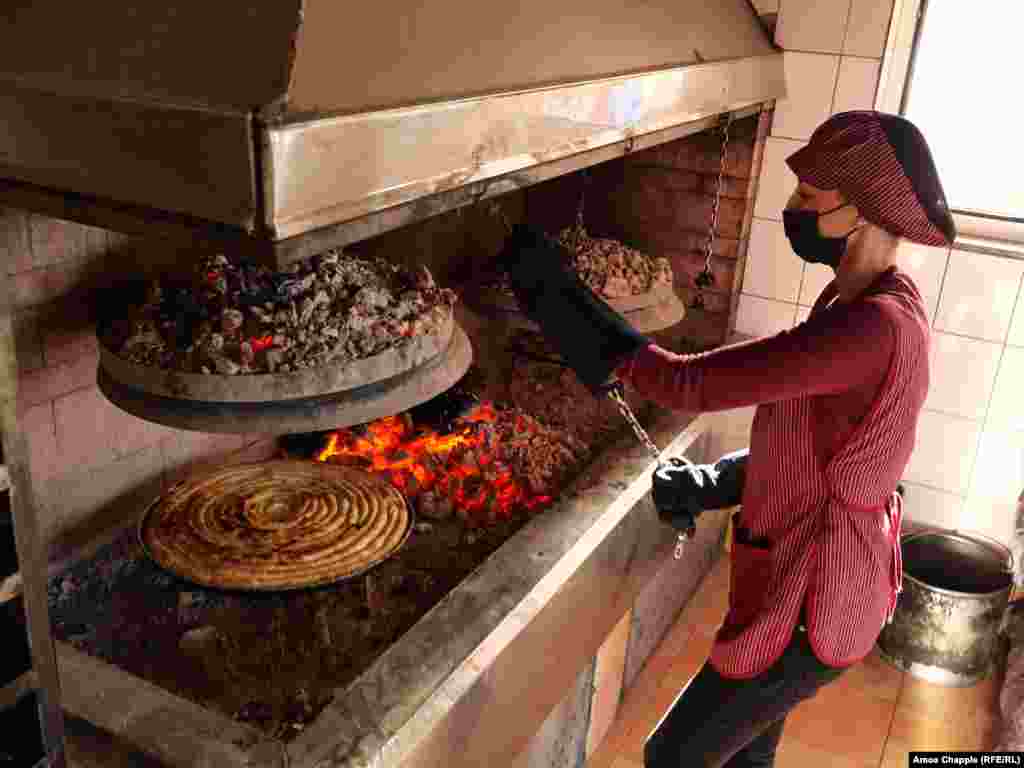 Irman, a worker in central Mostar, told RFE/RL he was “excited” to be able to vote in local elections for the first time in more than a decade. He says the most pressing issue after improving the economy is to combat nationalism: “We can’t work on the other side of the city. You might get a simple job as a waiter, but for a better job a lot of the bigger companies want to know if you are Muslim or Croat.” 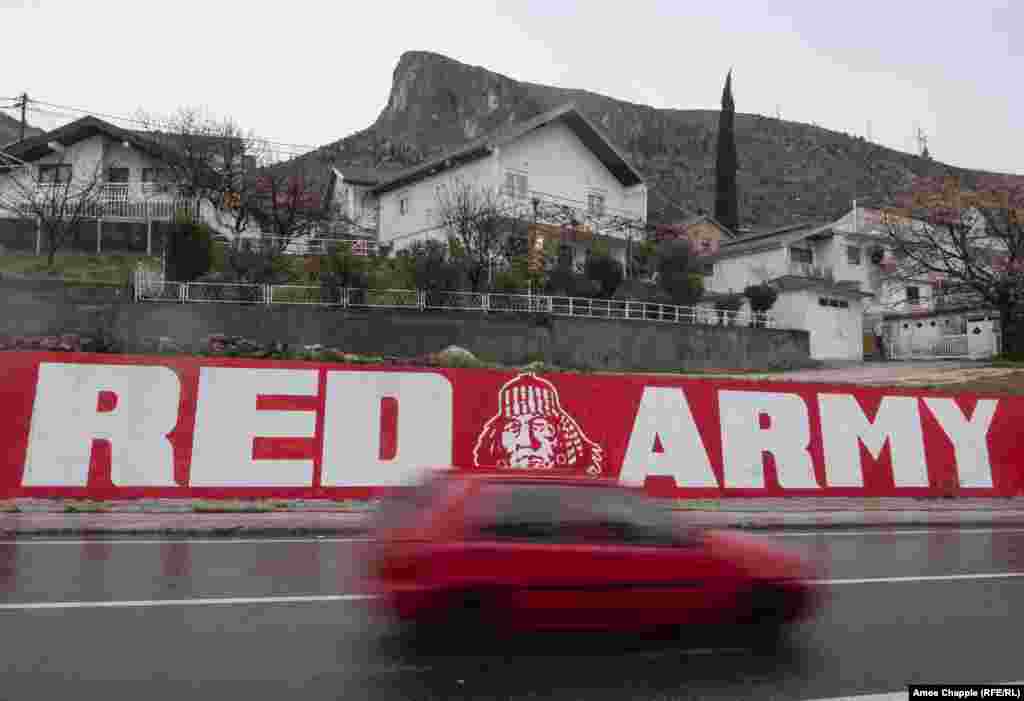 7 One of several murals on the Bosniak side of Mostar to the “Red Army” — hard-core supporters of the mostly Bosniak Velez Mostar soccer team. 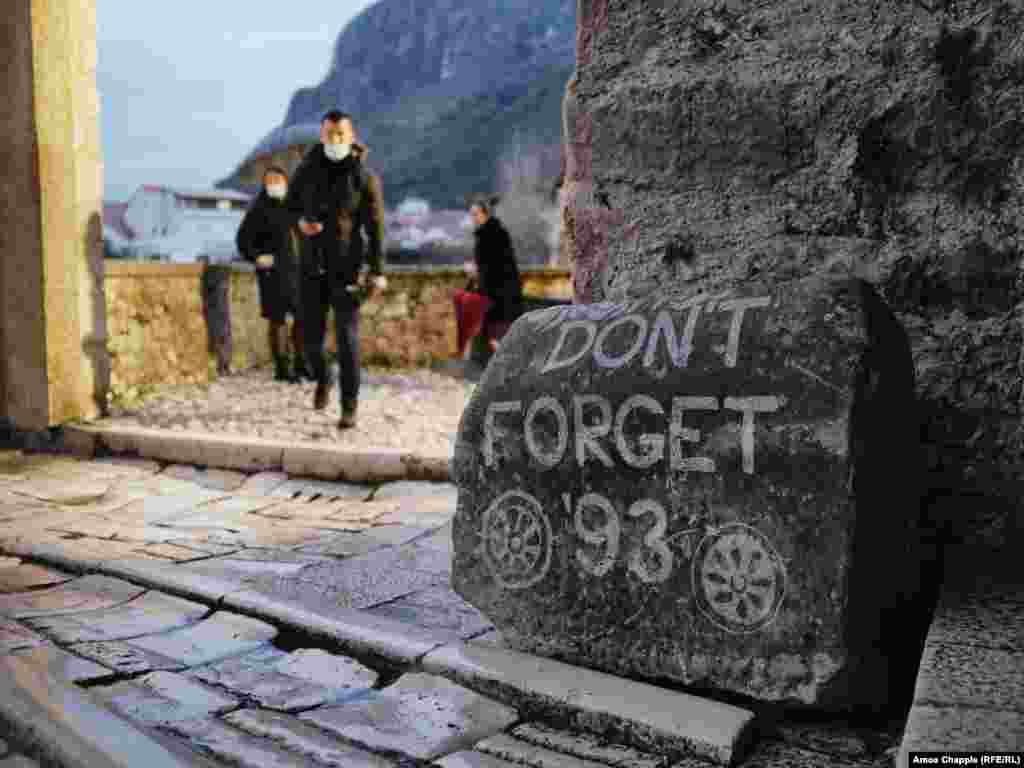 8 A stone at the entrance to Mostar’s iconic Old Bridge references the year when the 16th-century Ottoman structure was destroyed by Croatian fighters. The bridge was rebuilt in the 2000s. 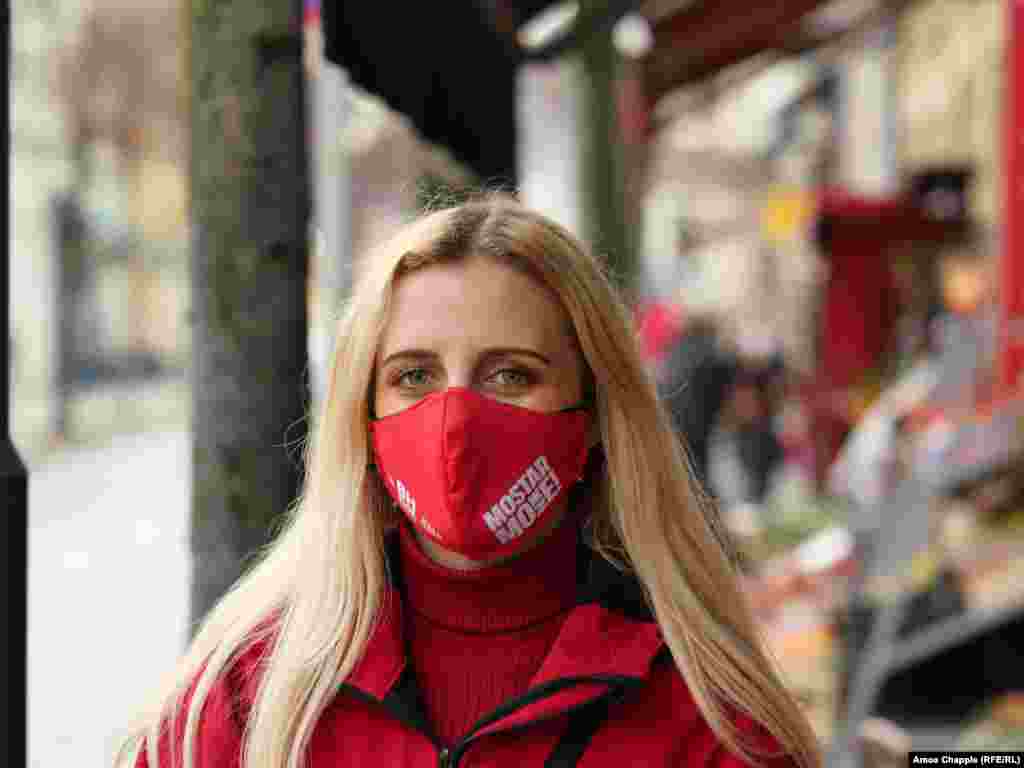 9 Emina Voloder, a candidate in the upcoming elections, says she decided to enter politics for the first time because of the real-world consequences she witnessed from Mostar’s political stagnation.

“I left to study in Sarajevo for six years, and when I came back nothing had changed. There are still the same buildings ruined by the war. Last year the rubbish wasn’t being collected and was just piling up on the street.” A dentist by trade, she says: “Just a few people [in local government] are spending the money that belongs to everyone.” 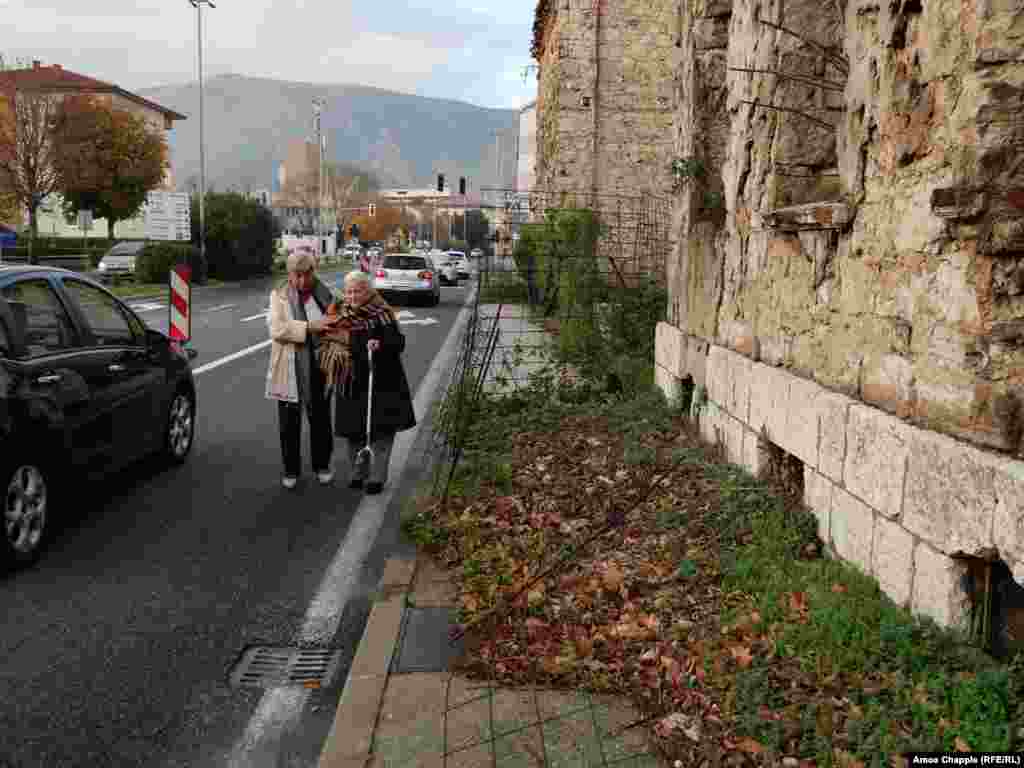 10 Two elderly women walk into oncoming traffic around a building damaged by war during the early 1990s. 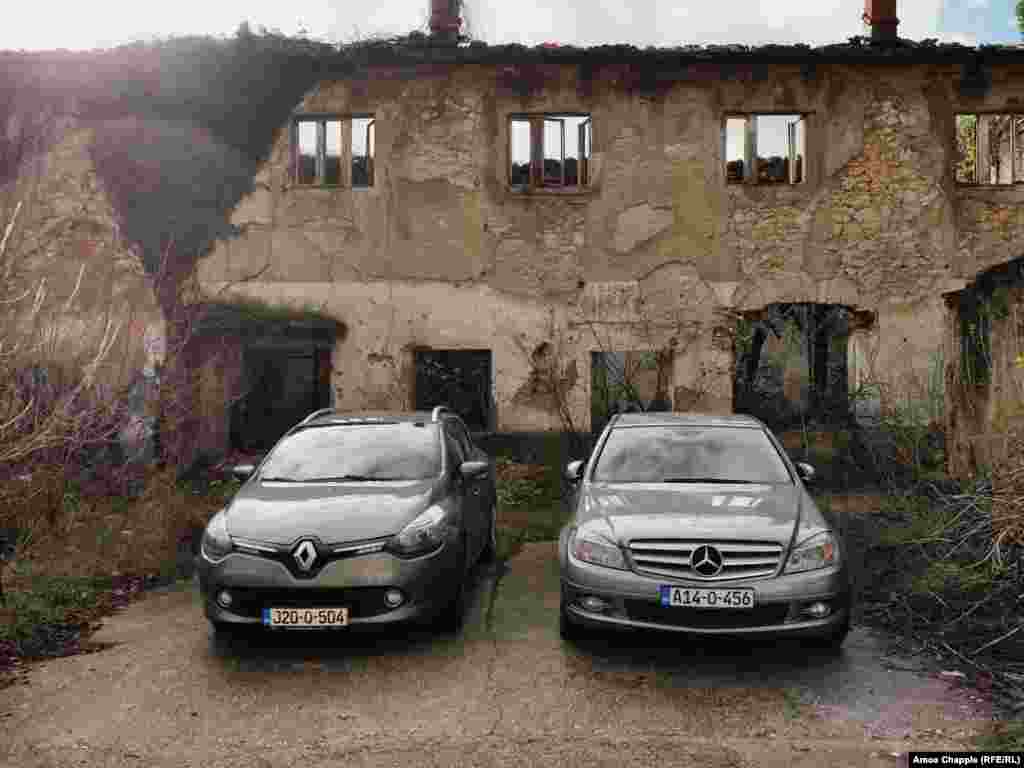 11 Cars parked in front of a ruined building near a popular cafe in Mostar’s city center. 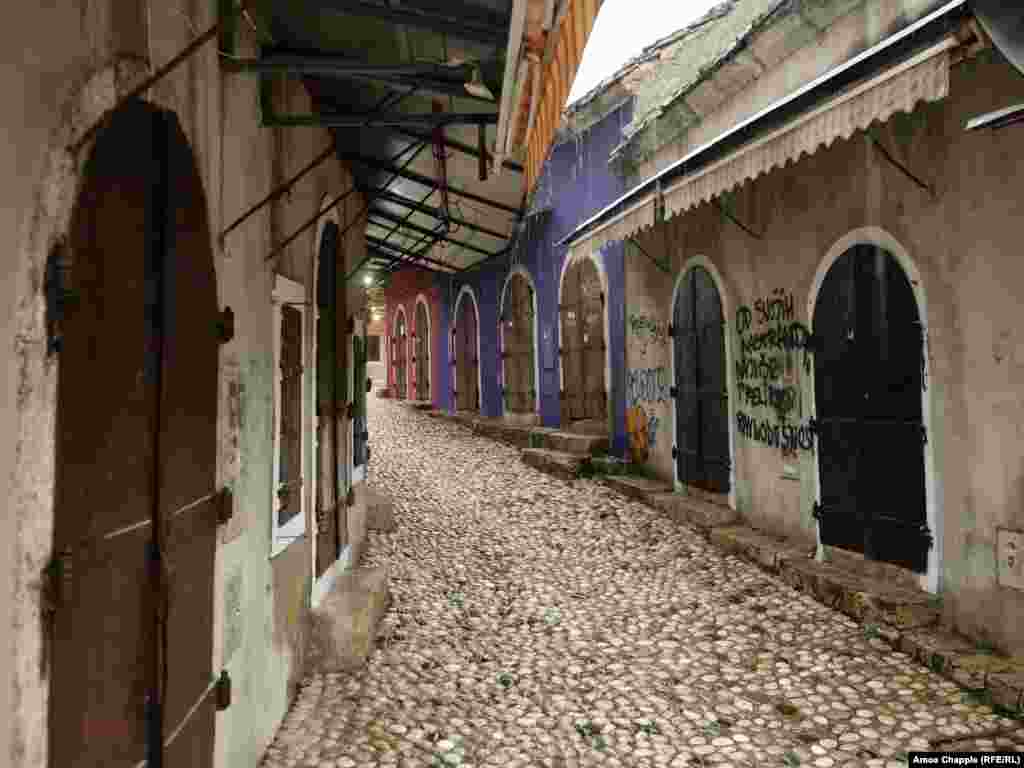 12 Shuttered stalls next to Mostar’s old bridge in the early afternoon. The graffiti says “Of all my quirks, I most despise indifference.”

Bosnia’s new government will also be tasked with the fixing the enormous damage done to Mostar’s once bustling tourist trade as a result of the COVID pandemic. 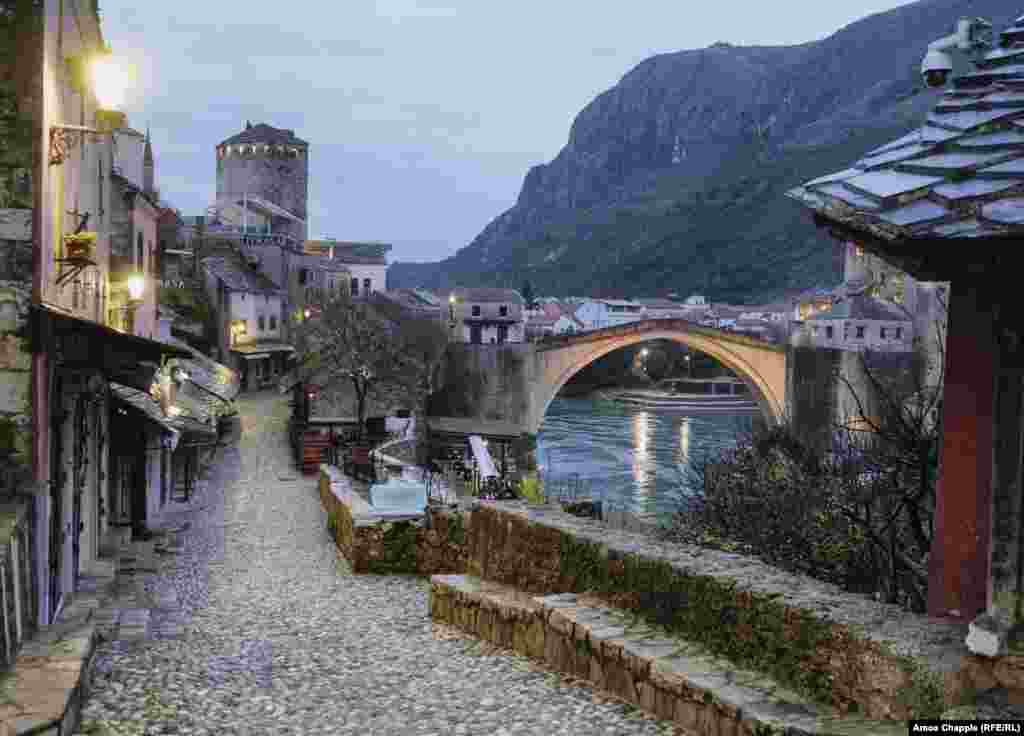 13 An empty tourist area next to Mostar’s famous bridge.

Enisa Basic, who runs a historic cafe next to the bridge, told RFE/RL her business employed 10 staff last year when it was thriving. She says the lack of tourism due to the pandemic has forced her to fire all of them. She is cautiously optimistic that the winners of the upcoming elections will help businesses like hers survive: “This is a very good city, but the people who have run it just put the money in their own pockets. They don’t care about regular people like me. After the elections, we hope things will change for the better.”