A now-deleted tweet by government-run PIB Fact Check claimed that an Intelligence Bureau (IB) recruitment circular floating online has not been issued by the Ministry of Home Affairs (MHA) and is fake. 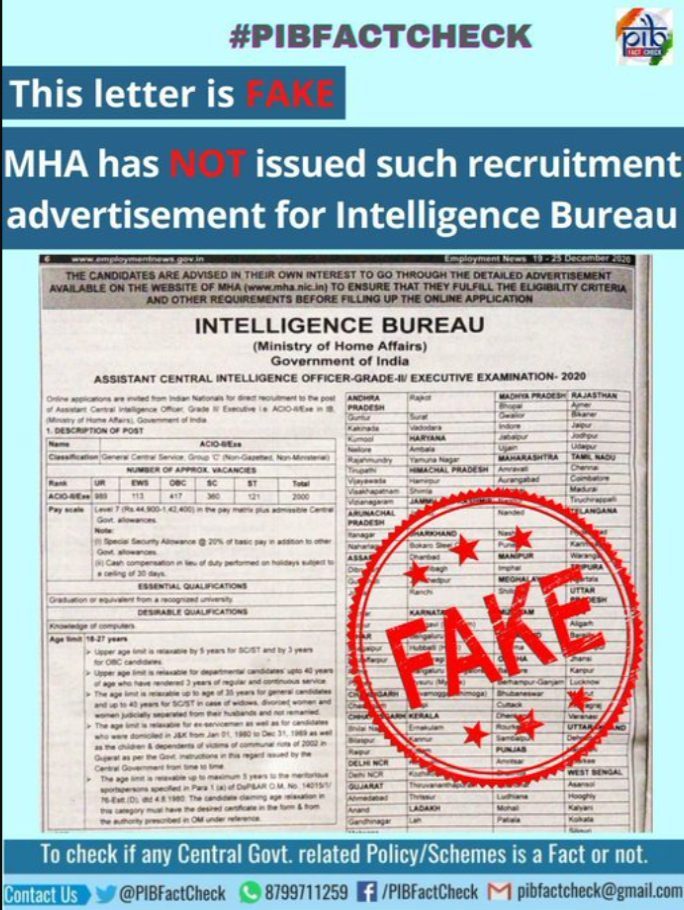 Two days after PIB’s claim, the Ministry of Information and Broadcasting (I&B) contradicted the fact-check by the government’s media arm. Its publication division tweeted that the IB has confirmed that the advertisement is genuine.

Important notice regarding an advertisement of MHA being published in Employment News. pic.twitter.com/s5d3RMrQoV

The same was tweeted by the Twitter handle of I&B Ministry’s weekly job journal.

Important notice regarding an advertisement of MHA being published in Employment News. pic.twitter.com/kqDMPUaZiu

Earlier in June, PIB had blundered another fact-check when it claimed that media reports on Uttar Pradesh Special Task Force (UPSTF) directing its personnel and their family members to delete 52 Chinese applications from their mobile phones for security reasons is “fake news”. PIB’s tweet is yet to be taken down even as ADG Prashant Kumar informed about the advisory in a video statement to the press. The government agency also published unsubstantiated fact-checks declaring migrant workers who died in Sharmik trains during COVID lockdown had pre-existing conditions.