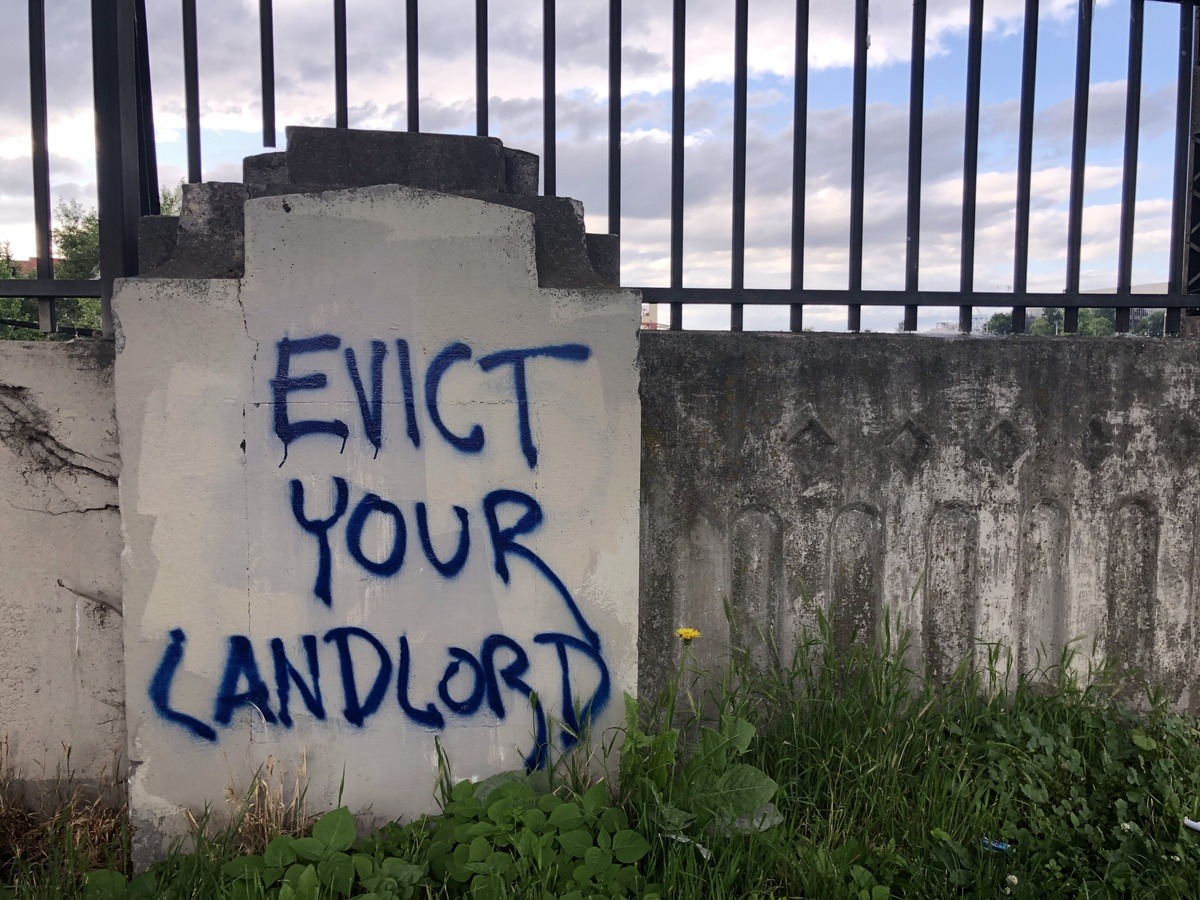 No relief worth a damn? No healthcare? What we have here is a failure to negotiate. And that is a direct outcome of the failure to challenge power. I was only chief negotiator once but I sat at enough bargaining tables to know an epic failure to negotiate when I see one. The Congressional progressives missed three great opportunities to use their leverage — and instead set the pattern for austerity and misery. The same problems of class struggle, corporate power and austerity plague the labor movement.

Pattern Bargaining: After the CARES Act It Was Downhill All The Way

Originally “pattern bargaining” was a way for unions to leverage a strong contract at a major employer as a model for industry-wide negotiations. Now the CARES Act is the pattern, but for continued austerity.

The first and worst failure to do a damn thing for the working class was the multi-trillion-dollar corporate bailout of the CARES Act. If you walk into the first bargaining session with the bosses and give them everything they want, throw a few scraps to the workers, and agree to come back to the table later — you have surrendered all leverage and sold out. Why would the billionaires and their faithful servants in government agree to anything more?

Most government services are provided at the state and local levels. Once the CARES Act showered trillions on the corporations and starved the states and cities, it could only trigger a cascade of cutbacks and austerity measures. Did the politicians vote for it not knowing that CARES would reinforced austerity and corporate power?

But, that is what every politician voted to do. Once CARES passed the die was cast and the pattern established. After CARES, winning real relief for the working class became a long shot at best and mere political theatre at worst.

Now Sanders is threatening to hold up the relief bill — but for what? He is actually using the CARES Act as a model solution. In a speech deceptively described as “fiery,” Sanders did criticize both parties. But, when it comes to action he returned to the pattern established by the CARES Act. Sanders said:

“All that we want to do is to once again provide the same benefits that were provided in the CARES Bill.”….President Trump signed it and supported it…That is all we are asking is to do what we unanimously did in March.”

If setting your sites on the CARES Act is the measure of the congressional left, then that demonstrates just how the initial surrender set hard limits on all further relief efforts and blinkered the vision of those that agreed to it. Whether its $1,200 or $600 CARES determined what was possible and what was not. And the pattern was set by the corporate politicians of the DNC and the RNC that negotiated CARES behind closed doors.

They are not fighting for us, they are enforcing austerity and lowering expectations. “Half a loaf is better than none” is what the rich say to the poor as they push them toward eviction and hunger.

The 2020 National Defense Authorization Act was another chance to recapture leverage by delaying something the ruling class really wanted: war and empire. Again there was strong bipartisan support for spending 740 billion on war and almost no vocal opposition from the progressives. Did they not know or just not care that they once again surrendered? Or, is war and empire such a part of the Washington consensus that the thought of using the NDAA as leverage never entered their minds?

Will anyone challenge Pelosi for the speakership? Thanks to Jimmy Dore, a strategy of withholding support from Pelosi in exchange for bringing universal health care to a vote has become a popular way to lobby progressives. This tactic is not strictly performative, as some have claimed. It’s a tool for organizing. Making claims on Twitter that you are not serious about is performative. If showing the working class that the left is their champion is performance — then it’s just the show we need to see.

Dore’s strategy will draw battle lines by revealing who is really for health care and who is not — that is crucial. If knowing where people stand is not important then why does Pelosi mask and protect Democrats on some of the most important issues of our time.

In March 2019 McConnell called the Democrat’s bluff by bringing the Green New Deal to a vote. Pelosi and AOC organized a “present” vote to hide the lack of support among Democrats. The three Democrats that broke party discipline — all voted no.

The CARES Act was historic support for the ruling class — again a voice vote. As Robert Brenner observed in New Left Review:

“The DP leadership was able to provide political cover for House Democrats in general, and the Party’s left-wing in particular, by relieving members from having to vote on it through use of the House’s unanimous-consent ‘voice vote’ procedure.”1

Will the Squad challenge Pelosi in the open and force a recorded vote on health care? We shall see.

Are the Bosses Adversaries or Allies?

How do we interpret this failure to negotiate and challenge power? A quick look at negotiation strategies from the labor movement sheds some light. There have been two contending approaches to negotiations that can be applied to the electoral arena.

The first is the class struggle approach of adversarial bargaining. Adversarial bargaining assumes a fundamental conflict of interest between workers and bosses. Successful bargaining hinges on the willingness and capacity of workers to disrupt the flow of profits and power. The bosses are recognized as class enemies.

A more recent corporate-style approach called “mutual gains” or “interest-based” bargaining has partially replaced adversarial conflict. Mutual gains bargaining assumes that workers and the bosses have a significant “community of interest” making win/win outcomes possible. Mutual gains accepts the idea that some level of class collaboration is a necessary way to ensure good relationships between unions and bosses. A community of interest replaces class conflict as the main principle.

The entire project of reforming the Democrats is on the horns of this dilemma: are the bosses adversaries or allies?

The critique of “mutual gains” is not just ideological but practical: by adopting a corporate mindset we end up bargaining against ourselves. In practice, this means taking the most visionary demands off the table before negotiations even begin. In practice, this means accepting austerity. In the union world, this capitulation is passed off as being “reasonable,” “responsible,” or “professional.”

In the political arena think of Obama silencing any discussion of universal health care during the run-up to the ACA. Similarly, the CARES Act safeguarded the power of the ruling class by crushing working class interests. The entire

Union officials and politicians do the work of the bosses when they internalize the corporate world view. This often happens unconsciously — even by well-meaning people — because corporate viewpoints have achieved hegemonic status. Corporate culture appears as “common sense.” And, it works to enforce ideas of incremental change while managing the expectations of workers.

The left is anything but immune. When you hear “free-market fundamentalism” passed off as a description of reality or lesser evil voting offered as a cunning tactic you are hearing the left surrender to the hegemonic power of the corporate order.

This ideological surrender leads to tactical failures. I was part of the union world for over two decades and saw far too many union officials that wanted to control their most militant members rather than learn how to leverage them. Here is how a good union leader does it: “Listen boss you got to give us a bigger raise because I have these militants that I cannot control. They are pushing for a strike and just want to burn the place down.” That is how we win. Instead, too many officials put their own perceived power first.

The tendency of union officials for controlling their radical members finds its equivalent in the electoral arena when corporate Democrats punch left on reform Democrats who then, all to often, punch left on third-party voters.

The main tactic of adversarial bargaining is the threat of strike. In the electoral arena it’s the “threat of exit.” In strikes workers risk hardship to disrupt business. We gamble that we can hold out “one day longer” than the bosses who need a steady flow of profits to maintain their position relative to other capitalists.

In politics, we threaten to take our support elsewhere if our demands are not met. If we take “threat of exit” off the table there is no way in hell we will ever have a “seat at the table.” AOC being passed over for important committee positions is a case in point.

The head of a state trade union federation (AFL-CIO) told me in 2011 how, after he expressed dissatisfaction to Vice President Joseph Biden with the Obama administration’s lackluster performance on labor, Biden shot back, ‘What are you complaining about? You know you have nowhere else to go!’ The bitter truth is that Biden was right. As long as labor’s officials refuse even to consider breaking with the Democrats, it will be exploited to its increasing peril.” —August Nimtz

Of course, the threat of exit is meaningless unless you have somewhere to go. Without a credible threat of exit, progressives cannot challenge power. They may be captive to the DNC but we don’t have to be.

Look to rank and file upheavals like the strike wave that started in 2017 and continues today. We need third parties, movement building, communal efforts at independent power, wildcat strikes, and a new militant wing of the union movement, maybe even a general strike. Without a powerful outside position, the inside efforts are doomed to failure. And no amount of wishful thinking or narrow partisanship can change that.

There is a lot at stake: people’s lives and our political future. If we fail to fight hard for relief or health care in the middle of a pandemic, we will be disqualified from leading the millions — and rightly so. In the end, the failure to negotiate and confront power will only reinvigorate the forces of Trumpism.

1/ One of the best analysis of CARES is “Escalating Plunder” by Robert Brenner.

The post What We Have Here is a Failure to Negotiate appeared first on CounterPunch.org.