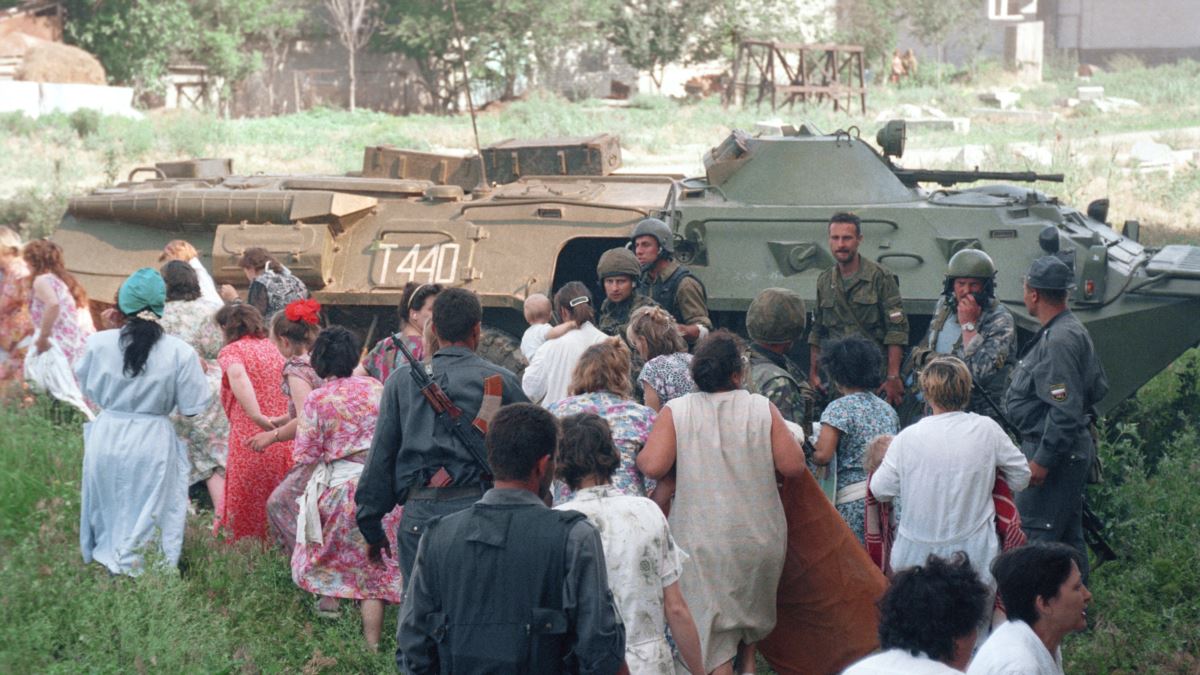 A court in Russia has sentenced a Chechen man to 12 years in prison for his role in a deadly hostage-taking in in the southern city of Budyonnovsk in 1995, a turning point in the first of the two post-Soviet separatist wars in the North Caucasus region of Chechnya.

The Southern Military District Court in the city of Rostov-on-Don on December 22 found Aslan Daudov guilty of banditry, kidnapping, terrorism, and premeditated murder. He was sentenced immediately.

It is not clear whether Daudov pleaded guilty.

On June 14, 1995, a group of Chechen separatists led by Shamil Basayev attacked a local police station and government buildings in Budyonnovsk and took some 1,500 people in a hospital hostage while demanding the withdrawal of Russian troops from Chechnya.

About 150 people were killed, while the surviving hostages were released following a five-day siege after Russian Prime Minister Viktor Chernomyrdin promised a cease-fire in Chechnya and gave Basayev and his backers safe passage back to Chechnya.

The deal to resolve the crisis paved the way for an August 1996 agreement that ended the war.

A second war erupted in 1999, with then-Prime Minister Vladimir Putin playing a prominent role in decision-making, after Basayev led militants in an incursion into neighboring Daghestan.

Basayev, who became the most-wanted man in Russia, was killed in an explosion in 2006.

With reporting by TASS and Interfax