An Iraqi looks at a burned car in Nisour Square in the western Baghdad neighborhood of Yarmukh, on Sept. 24, 2007, eight days after Blackwater guards who were escorting U.S. Embassy officials opened fire there.

Ali Kinani was 9 years old when he was shot in the head by Blackwater guards on September 16, 2007 in a traffic circle in Baghdad, Iraq. He was in the back seat of his father’s SUV with two of his cousins. Their mother was in the front seat. Ali’s father, Mohammed Kinani, was driving and saw four armored cars enter the traffic circle from the wrong direction. The “soldiers” held up their hands for traffic to stop. Mohammed stopped his car. He initially thought the men were U.S. soldiers. They were not.

It wasn’t unusual for regular U.S. Army convoys to stop traffic. The traffic circle, Nisour Square, was only a block away from one of the main entrance gates to Baghdad’s Green Zone. When Mohammed looked to his right, the driver of the car next to him shouted that the “soldiers” had just shot into another car in front of them. Suddenly, bullets began to riddle Mohammed’s car. A rocket grenade was fired into the car next to him. The man that just spoken to him was dead. He had tried to run but was lying in a pool of blood — killed by machine gunfire from the armored cars.

I represented the Kinani family and five other victims of the Blackwater guards who were convicted of killing at least 14 innocent Iraqi citizens that day — and injured dozens more. Almost everyone who was killed or injured was shot in cars, taxis, or buses. The ones who were killed on the street were shot running for their lives. Ali was the youngest of Blackwater’s victims that day. I sued Blackwater, its founder Erik Prince, and the four men who were convicted of murder, manslaughter, or weapons charges in a civil lawsuit filed in North Carolina, the home of Blackwater’s headquarters and training facility in Moyock.

To understand the carnage that happened on the streets that day, you need to hear it in Mohammed’s words as he explained it to me. 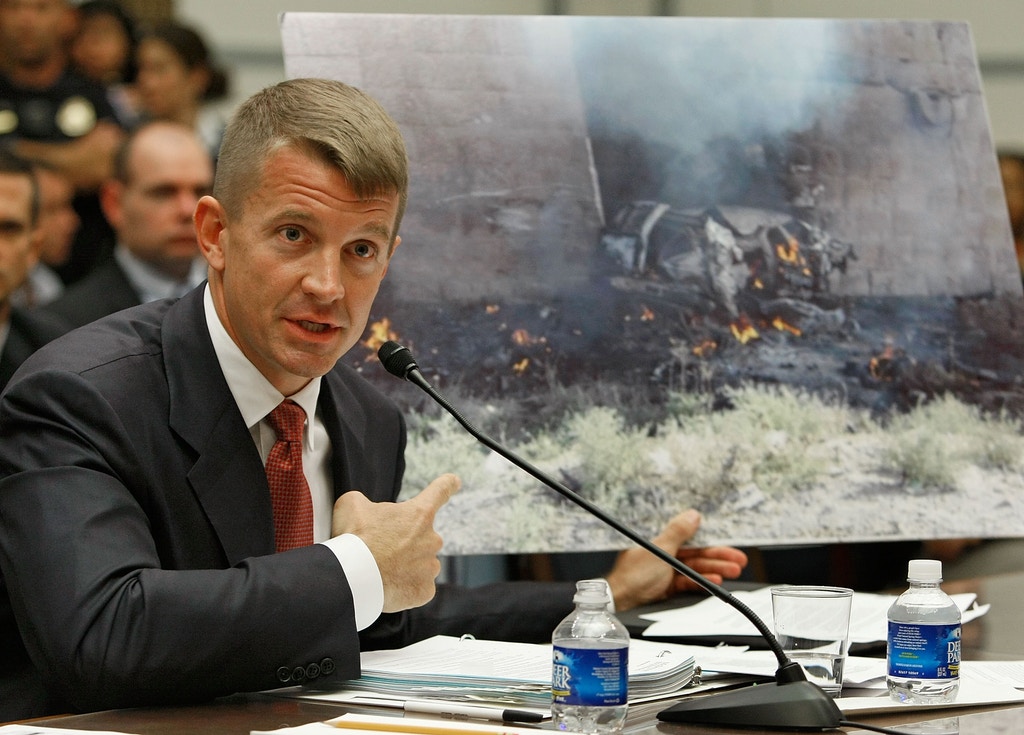 Erik Prince, chair of the Prince Group LLC and Blackwater USA, holds up a picture showing the effect of a car bomb while testifying during a House Oversight and Government Reform Committee hearing on Capitol Hill Oct. 2, 2007 in Washington, D.C.

Mohammed was thrilled when the U.S. entered Baghdad years earlier in 2003. Mohammed met member of the U.S. Army on the streets and handed out candy and juice when he saw them. Mohammed was a businessman dealing in auto salvage. He despised Saddam Hussein and his oppressive and vindictive ways. Mohammed was glad Saddam’s reign of terror was finally ending.

When Mohammed saw the convoy enter the traffic circle, he initially thought they were regular U.S. Army members. Being so close to the Green Zone, he thought someone important might be entering or leaving the area. That wasn’t unusual. But when the shooting started, his life — and the lives of his entire family — changed forever.

Luckily, before his SUV was attacked, Mohammed, his sister, and their children had time to duck into the car. Mohammed and his sister screamed for their children to get down. Bullets were everywhere. Mohammed would look to see what was happening. He saw the man next to him run. Machine gunfire tore through his body. Shots were fired everywhere. Mohammed could see other cars being shot. The Blackwater guards were firing indiscriminately. Iraqi traffic police initially tried to wave down the Blackwater men that there was no threat, but they too had to run for cover. Mohammed kept seeing the man on the ground next to him being fired upon as he lay dead. Machine gunfire would cause his lifeless body to shake in his pool of blood. In the middle of the attack, Mohammed could not understand why this man lying dead was a target. He could not understand what was happening or why. But he knew he was surviving as he kept yelling for the children in the back of his SUV to stay down.

The shooting ended as suddenly as it started. The four armored vehicles drove away. Everything was eerily quiet. Mohammed had not been shot. His sister was safe. He thought they had been given a miracle after he saw so many others killed. Then one of his sister’s children said that Ali was hurt.

Mohammed quickly got out of the car and saw blood inside the rear window. Ali was slumped over against the glass. When Mohammed opened the door, his son fell toward him as his skull opened and a large part of Ali’s brain fell onto the pavement between his father’s feet. Video of the aftermath includes an image of a human brain on the road in Nisour Square.

Mohammed turned his bullet-riddled SUV around and drove back to the closest hospital only a few blocks behind him. He was driving on flat tires and with a shattered windshield. The headrest next to him where his sister sat had a bullet hole through it. It was as if someone had targeted the area in his SUV where a person’s head would have been. Mohammed knew his son’s injuries were fatal, but he had to try. When he arrived at the hospital, it was a war zone. Victims were everywhere. More were arriving in the backs of trucks. The hallways were full. It was chaotic.

Mohammed forced a doctor to look at Ali. They could not do anything for him. He was told that he had to go to a neurologic hospital on the other side of Baghdad. An ambulance was called, and Ali and Mohammad were rushed to the other side of town. As Mohammed held his son’s hand, he convulsed and died in the back of the ambulance.

My law firm received a call from an immigration attorney the next year seeking representation for the Blackwater’s victims, and I was eventually retained to represent the Kinani family in a civil lawsuit against Blackwater, Prince, and various other Blackwater companies — and, of course, the men who were charged and eventually convicted of murder, manslaughter, and weapons charges for their conduct. The civil lawsuit was filed as a wrongful death and personal injury suit against the men and companies responsible for my clients’ losses.

In addition to the Kinani family, I represented five other families and victims. Abraham Al Mafrage was a 70-year-old farmer and father of seven who was also shot in the head and died that day. He was shot while seated in a public bus.

Mahde Shamke was 25 years old and driving a taxi to support his parents and siblings. He was shot through the back with a massive exit wound in his chest. He died in the hospital hallway surrounded by family as he was asking for water. He never received treatment. The hospital was too busy. He lay in the hallway for an hour before he died.

Ghasson Mahmood was a 55-year-old civil engineer. He was shot through the roof of his car as the Blackwater convoy drove past firing down into traffic. He suffered from his wounds for over a year until he died from a brain injury.

Majid Al Kareem was 51 years old when he was shot. He was in the car next to Mohammed. It was his business partner who lay in the pool of blood and was repeatedly shot. Majid survived because he was on the passenger side of the car and was protected from most of the barrage of bullets. He was shot in the abdomen. He was left with shrapnel in his body from the rocket launched grenade that was fired into his vehicle as he escaped.

Nassar Hamza was 67 years old when he was shot and wounded in the arm. He received poor treatment because his injuries were less life threatening, but he was left with a disfigured and useless arm. 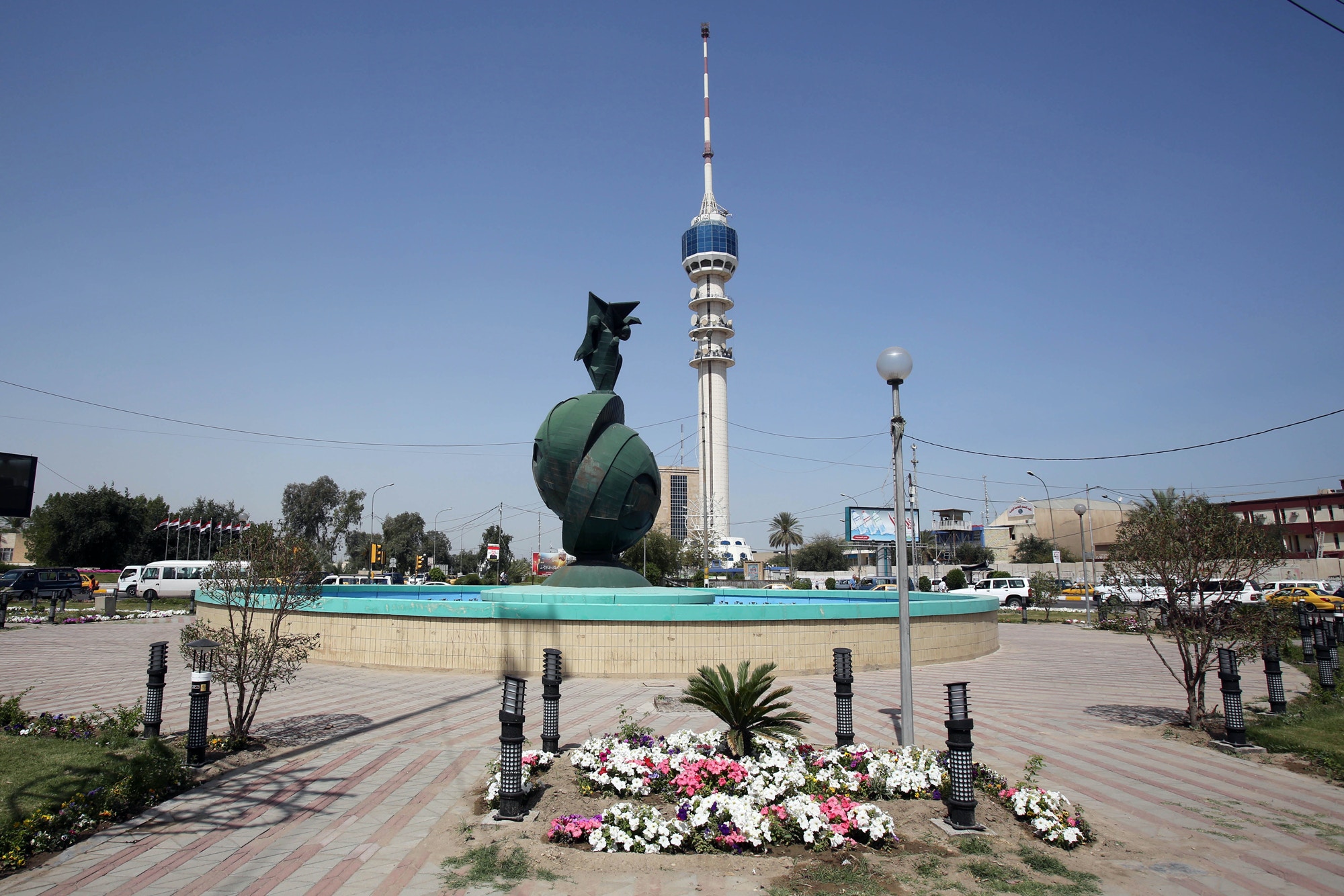 Spring flowers are planted in Nisour Square, the site of a deadly shootout by Blackwater private security contractors in 2007, in Baghdad on April 15, 2015.

It was an honor to represent these victims and their families. I know that each of them placed great faith in the U.S. legal system. Each time the criminal charges were seemed lost, the U.S. Department of Justice told them they were not forgotten — that we would continue to pursue the convictions of those who committed the crimes against them.

It was not an easy path in either the civil or criminal legal system. Blackwater and its employees had been given immunity from any criminal or civil exposure in Iraq — that was part of Prince’s contract with the State Department. The only way these men could be brought to justice was in the United States. When the first indictments were dismissed on New Year’s Eve in 2009, they were told that the prosecutions would continue. Then-Vice President Joe Biden held a press conference to tell the citizens of Iraq that they would not be abandoned. Each step of the way, the U.S. legal system ensured that these men were given fair and just prosecutions. When Blackwater security guard Nicholas Slatten was tried and convicted for murder and sentenced to life imprisonment, the U.S. legal system determined that he needed a new trial.

The result of the long legal battle is that each man was ensured a fair trial, free of partiality and without unjust favor. Likewise, the civil case ran through North Carolina state court, was removed to federal court, and then sent back to state court. During the litigation, an appeal was ongoing in the 4h Circuit Court of Appeals in Richmond, Virginia. Again, the result was the civil legal system exhausting every defense afforded to Blackwater and the men.

Our civil case resulted in a resolution that was acceptable to the parties. The convictions made the victims feel that justice had been obtained. The U.S. legal system, a pillar of fairness in the world, had worked. That changed yesterday with President Donald Trump’s pardons.

I commented when the convictions were first brought that I was certain my clients who were still residents of Iraq were pleased to know that justice had been served. When Slatten’s conviction was overturned, I was concerned that the case would be ignored. It wasn’t. He was ensured a fair trial and convicted for his crimes. Again, I knew my clients would be pleased to know that justice had been served and their rights had been protected. That’s what lawyers do in the United States: We fight for those who can’t fight for themselves. I felt I had done that, and I knew the prosecutors were doing that.

The Nisour Square massacre was the FBI’s most comprehensive and expensive criminal investigation since 9/11. Dozens of witnesses were brought to the United States to testify about what happened on September 16, 2007. The efforts of the investigators, the prosecutors, and the men and women who supported them was immeasurable. The expense was to show the people of Iraq that the U.S. government would hold people accountable for their crimes, no matter when or where they were committed.

It is unfortunate and sad that those efforts have now been wasted. These men will now be free, despite their crimes, and they will not serve the time in prison they deserved. My clients assuredly feel ignored, mistreated, and used. Their belief in our legal system was misplaced. The result is not just that we see an injustice in the United States, but that the world must surely see cracks in the pillars of justice upon which our system is based. That may be the overriding damage caused by these pardons.