This week on CounterSpin: Media critic Margaret Sullivan made a plea to journalists to turn off their fascination with Donald Trump when he leaves office. Acknowledging (as few do) that elite media profited off a monster they helped create, Sullivan asked outlets to just say no to setting up a Mar-a-Lago bureau, or entire beats dedicated to what Trump and his family members are up to. “And for God’s sake, stop writing about his unhinged tweets.” While we await the day that particular face and voice are no longer at the top of every newscast, it ain’t over til it’s over. And harms Trump does as a lame duck are harms nonetheless. Public Citizen is keeping an eye on these last minute maneuvers. We’ll hear from the group’s executive vice president, Lisa Gilbert. 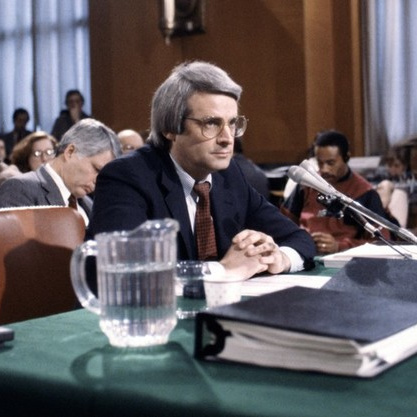 Also on the show: Hang on to your hats: Research says cutting super rich people’s taxes doesn’t really help middle or lower-income people, but does make rich people richer! If your hat’s unmoved, it might be because you remember the architect of so-called “trickle-down” theory, Reagan budget director David Stockman, admitting as much to journalist Bill Grieder, rather famously one would’ve thought, 40 years ago. Dean Baker from the Center for Economic and Policy Research joins us to explain why some ghosts of economic theories past don’t seem to go away.

Plus Janine Jackson takes a quick look at false balance, stimulus advice and Time‘s person of the year.