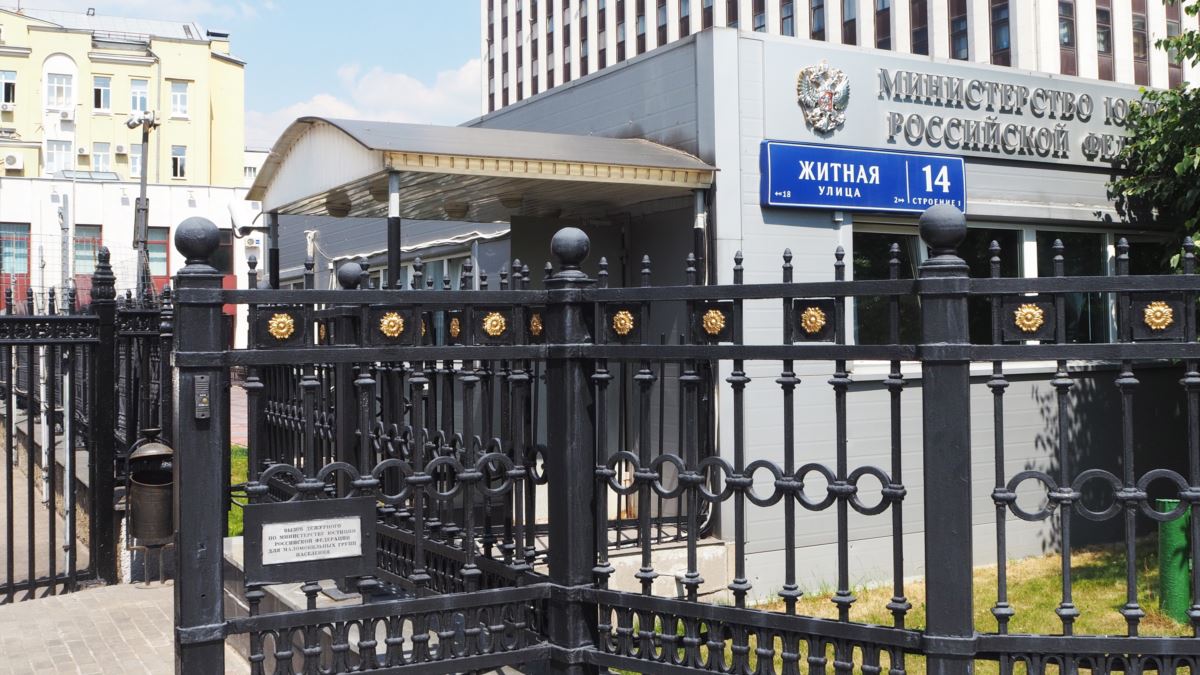 Russia has for the first time branded individuals as “foreign agents,” including three who contribute to RFE/RL.

Five journalists or activists in total were added to the Russian Justice Ministry’s registry of “foreign mass media performing the functions of a foreign agent” on December 28.

Previously only foreign-funded, nongovernmental rights organizations (NGOs) and rights groups were placed on the registry, in keeping with Russia’s passage of its controversial “foreign-agents law” in 2012. The law was later expanded to include media outlets and independent journalists.

Inclusion on the registry imposes additional restrictions, such as the obligation to provide regular financial reports on activities and in the way publications are labeled.

The legislation has been criticized by rights groups, who say the law has harmed NGOs and is used to clamp down on dissent.

The additions bring the total number of individuals or entities listed to 17, the majority affiliated with RFE/RL.

“It is reprehensible that professional journalists are among the first individuals singled out by Russia as ‘foreign agents,'” RFE/RL Vice President and Editor in Chief Daisy Sindelar said in response on December 28.

“Our Sever.Realii colleagues have reported responsibly on everything from free-speech rights to local government corruption and the ongoing toll of coronavirus. With today’s action, the Justice Ministry is stating unambiguously that reporting the facts is a crime, and that it will stop at nothing to silence the voices that seek to inform, protect, and engage their compatriots, the people of Russia.”

According to Russia’s controversial “foreign-agents law,” any individual who distributes materials of a publication or a legal entity recognized as a foreign agent, participates in its creation, and receives foreign funding from abroad can be recognized as a “foreign media agent.”

The Justice Ministry did not explain on what grounds it included the five individuals added to the registry on December 28.

Russian officials have previously said that amending the “foreign-agents law” to include mass media in 2017 was a “symmetrical response” to the U.S. requirement that Russia’s state-funded channel RT register under the U.S. Foreign Agents Registration Act (FARA).

U.S. officials have said the action is not symmetrical, arguing that the U.S. and Russian laws differ and that Russia uses its “foreign-agent” legislation to silence dissent and discourage the free exchange of ideas.

Human Rights Watch, a U.S.-based rights group, in 2017 called the law “devastating” for local NGOs, saying more than a dozen had been forced to close their doors.

In November 2019, the list was expanded to include Sever.Realii. In February 2020, the Russian Justice Ministry added RFE/RL’s corporate entity in Russia.

The only non-U.S. entity named to the list is the Czech news agency Medium Orient.

On December 23, the Russian State Duma, the lower house of parliament, gave its final approval to a bill that would allow individuals and public entities to be recognized as foreign agents if they are considered to be engaged in political activities “in the interests of a foreign state.”

A separate bill passed the same day introduces penalties of up to five years in prison against individuals identified as “foreign agents” if they do not register as such or fail to report on their activities.

Under the proposed legislation, which would have to be signed into law by President Vladimir Putin, grounds for being recognized as a “foreign agent” could be holding rallies or political debates, providing opinions on state policies, actions promoting a certain outcome in an election or referendum, or participation as an electoral observer or in political parties if they are done in the interest of a foreign entity.