Tropical Cyclone Yasa aftermath … relief supplies are getting out to affected areas, but there is growing concern about the risk of disease. Image: RNZ/Save the Children

Relief supplies are getting out to affected areas, but there is growing concern about the risk of disease.

Officials said 4035 people were in 84 evacuation centres, most of them in the northern island of Vanua Levu, which bore the brunt of the category five storm.

Health officials are now concerned about the possible spread of diseases like leptospirosis and dengue fever – particularly with more heavy rain forecast this weekend.

The government said work crews and relief supplies have made it to all the affected areas, but items like water tanks and shelter are needed. 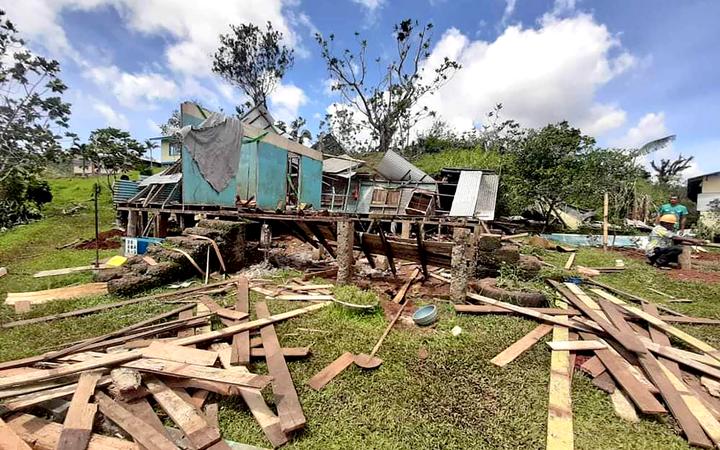 A photo taken by the Red Cross of damage to a house on Vanua Levu after the cyclone moved south. Image: RNZ/AFP/Red Cross

Permanent Health Secretary Dr James Fong told Fiji Village that it normally takes at least a month for these cases to develop after a cyclone.

Dr Fong said they had not received any reports of anything out of the ordinary as yet.

The Fiji Emergency Medical Assistance Team is in the Northern Division to carefully monitor the health situation after Tropical Cyclone Yasa.

The team are establishing a forward operating base.

An Australian navy ship is on the way to help, but its crew will be subject to strict coronavirus protocols with little public interaction.

This article is republished under a community partnership agreement with RNZ.