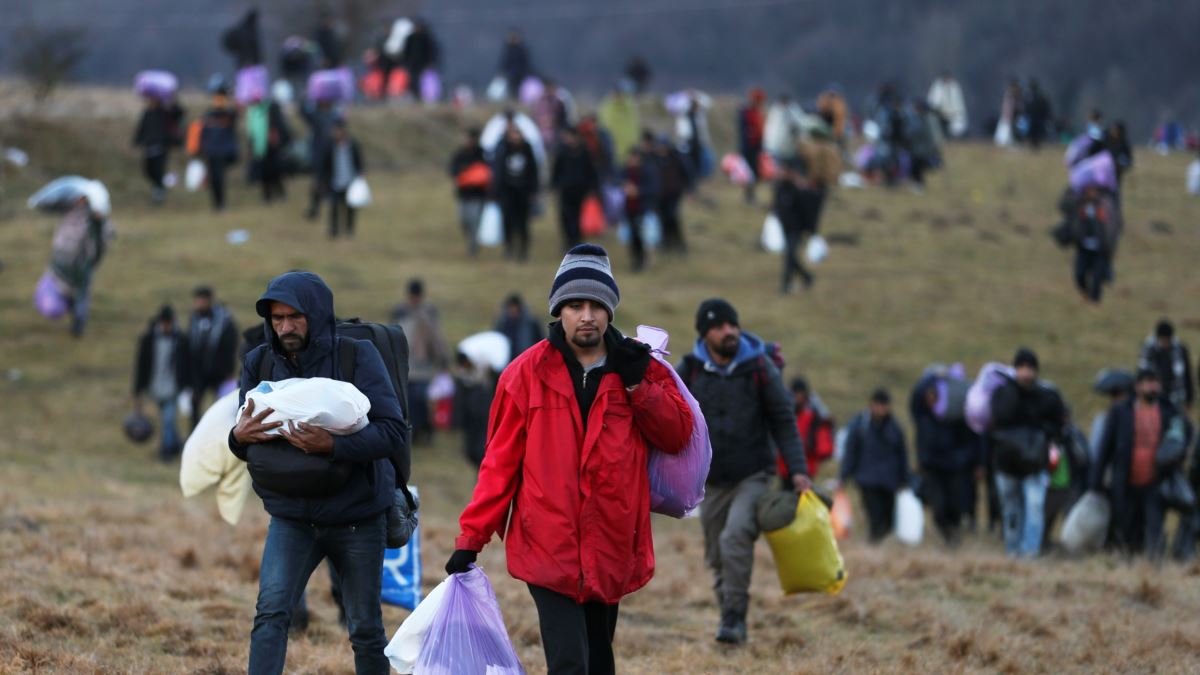 Hundreds of asylum-seekers and migrants left in limbo in Bosnia-Herzegovina braved another freezing night without shelter after protests and resistance from local authorities prevented their transfer to another camp.

Around 900 migrants from Asia, Africa, and the Middle East were supposed to be taken from the fire-ravaged Lipa camp near the border with Croatia to a temporary facility near the central town of Konjic.

However, on December 30 they were forced to disembark from buses they had spent the previous night on after local authorities and residents protested their transfer.

Many spent the night sleeping rough at the site of Lipa camp, which was destroyed in a fire on December 23, the same day it was due to be temporarily closed.

Peter Van der Auweraert, the International Organization for Migration (IOM) coordinator for the Western Balkans, tweeted video of the migrants at Lipa camp with “close to no shelter for the night” after “last minute political negotiations failed to produce a viable outcome.”

Even before the fire, the much-criticized tent camp lacked basic facilities such as running water and heating to house people in winter.

In a joint statement, humanitarian groups called on Bosnian authorities to address the “dire humanitarian conditions and uncertainty” of the stranded migrants.

“Forcing people once again to stay out in the open in these conditions cannot be an acceptable solution. The lack of immediate action by responsible authorities risks grave consequences to human safety and lives,” the groups including the IOM and UN refugee agency said.

Bosnian Minister of Security Selmo Cikotic told RFE/RL’s Balkan Service that the country’s council of ministers would hold an extraordinary session on December 31 to address the crisis and find suitable accommodation for the migrants.

About 10,000 migrants and asylum-seekers from are stuck in Bosnia, hoping to cross into EU member Croatia in order to reach wealthier countries in the bloc.