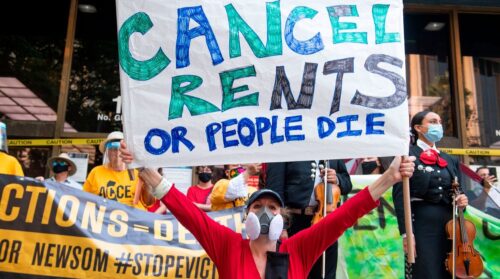 The year 2020 is coming to an end, and that is cause for celebration, in COVID-19-safe ways, of course.

The 2020s is the beginning of an era in which the roots of the crises we face are coming into clear focus. The Trump administration openly exposed these crises through its candid disdain for the well-being of people and the planet. But the systems that are bringing our demise – capitalism, white supremacy, racism, colonialism, patriarchy and imperialism – have been in place for a long time, since the founding of the United States on stolen land using forced labor.

I interviewed Miko Peled, an author and activist for Palestinian rights, on Clearing the FOG this week about current affairs in the Occupied Palestinian Territory and he described how the institutions within the Israeli state are falling apart. When I asked why, he said it was because it was founded as an illegal and corrupt state. That is not a foundation for a stable structure.

Similarly, the United States was not built on a stable foundation. Now, it is falling as a world power and global empire. Change is coming. What that looks like is up to us to determine. 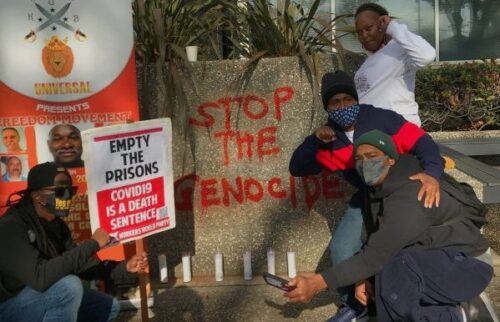 The first lesson from 2020 is that neoliberal capitalism perpetuated by both major political parties knows no limits. It will dismantle the US Postal Service, sacrifice healthcare workers, evict people from their homes, allow police to murder with impunity and continue to funnel obscene wealth to the top 1% while nearly half the people in the country live in poverty. This trajectory will not stop on its own. The corporatists have gotten away with it for too long. They don’t know how to stop.

The second lesson is that we must rely on each other for survival, not only in a time of crisis, but always. The concept of rugged individualism is a myth. Our futures on this planet are bound together. What happens in one place doesn’t stay there, as the climate crisis and COVID-19 pandemic demonstrate. We need to solve our problems together.

On a positive note, these crises have driven the rise of mutual aid networks. They are providing people with basic necessities and organizing eviction defense to keep people in their homes. They model what our path forward looks like. The future depends on restructuring our society through solidarity and cooperation.

A third lesson is that we in the United States have a lot to learn from our brothers and sisters around the world, both in how to resist the destructive forces of capitalism and imperialism and how to build alternatives to them that empower people and are sustainable. The economic war the US is waging against one-third of the global population using illegal coercive measures (aka sanctions) is also being waged against the people at home. Countries like Cuba and Venezuela, which are under an economic blockade, are showing that you don’t have to be a wealthy county to provide for your people’s basic needs like healthcare, education, housing and food. We could have universal healthcare, free education, affordable housing for everyone and local organic food production too, but it will take a revolution. 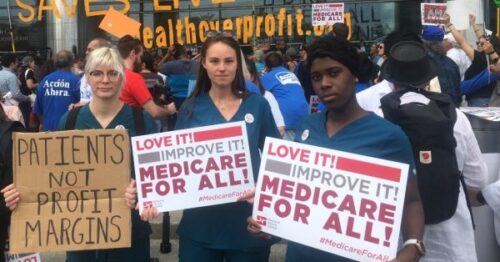 In 2021 and beyond, it is time to break with the notion that we can elect our way out of this. The current campaign to #ForceTheVote in Congress on Medicare for All is revealing what happens when “progressives” are elected into a capitalist, imperialist party. They are marginalized and/or become champions of that corrupt structure. This campaign is a critical test to determine whether the Democrats will fight for our interests or whether their words are empty rhetoric designed to placate us so they could regain power.

We should attempt to hold elected officials accountable, but our success in winning the changes we need requires that we organize outside of electoral arenas. In our current system, the Democrats and Republicans control the electoral process. When we work within that realm, we are working in a system in which we have the disadvantage. It is an anti-democratic structure that distracts us from the long term community base-building work needed to establish real political power.

This is another lesson we can learn from other countries. Liberal democracies are designed to support capitalism. We need systemic change in the way we govern our society. There are alternatives being developed that are based on participatory democracy so that people have the power to make decisions.

Venezuela is one country that is struggling to build a participatory structure from the local to the national level. That is one reason why it is being targeted by the US and why we who live in the US need to work to stop our government’s illegal interference in its revolutionary process.

Around the world, including in the US, people are experimenting with new systems. During the 2020s, we need to expand on that work. One way to start is locally by identifying needs in our communities and working collectively to meet them. If you need ideas on building alternatives, check out the “create” section of our website or the “new economy” tag. You might also want to check out the free Popular Resistance School on how social transformation occurs.

In this decade, we can “stop the machine and create a new world.” We will need to resist the harmful policies and practices that exist through strategic campaigns and replace them with alternative systems rooted in the values we want to achieve. Within this framework, there is something for everyone to do. If we succeed, we will create a stable foundation for the country and decrease the harm the United States does to the rest of the world. That will truly be something to celebrate.

This article was posted on Thursday, December 31st, 2020 at 1:59pm and is filed under Activism, Capitalism, Democrats, Imperialism, National improved Medicare for all (NIMA), Neoliberalism, Rent/rent strikes, Republicans, Social Movements.