All told, this was a pretty bleak year. The COVID-19 pandemic brought tragedy and confusion; fires razed parts of Australia, the Amazon, and the Western U.S.; and the world is still barreling headlong into the sixth mass extinction of species.

But even in 2020, positive stories and trends emerged: species were brought back from the edge of extinction; interest in renewable energy surged; new protected areas were created; and a few Indigenous women leaders got some long-overdue credit and recognition.

Here, in no particular order, we look back at some of the top positive environmental stories from 2020.

Red howler monkey in the Amazon. Photo by Rhett A. Butler for Mongabay.

The world’s awakening to ‘One Health’

The idea that the health of the planet and health of people are inextricably linked is not a new one, but this year’s COVID-19 pandemic, brought about by zoonotic disease, threw that connection into stark relief. This year, as more people began to connect the dots between environmental destruction, agriculture, livestock, wildlife trade and human disease, the “One Health” approach came into vogue, being reported on by news outlets such as Forbes and promoted by the U.S. Centers for Disease Control (CDC).

In response to the pandemic, China established new restrictions on wildlife trade and consumption as early as February 2020, and public opinion has shifted toward favoring stricter animal protections.

Indigenous women have long been leaders in the fight for environmental and social justice. This year, a few of those women were given some much-deserved and well-overdue credit, attention, and recognition for their work and leadership.

Time magazine named Nemonte Nenquimo, a leader of Ecuador’s Indigenous Waorani nation, one of the 100 most influential people of 2020. In 2019, Nenquimo filed a lawsuit against the Ecuadoran government and successfully protected 202,000 hectares (500,000 acres) of Indigenous territories and Amazon rainforest from oil exploration and extraction, setting an important legal precedent.

In the U.S., New Mexico Representative Deb Haaland has been nominated by president-elect Joe Biden to head the Department of the Interior. She would become the first Indigenous cabinet member in U.S. history.

Mongabay’s Global Forests series reported on Indigenous women leaders in the world’s tropical forests, including women who organized and took leadership after one of the largest oil spills recorded in the Peruvian Amazon; Nazareth Cabrera, a leader of the Uitoto Indigenous people in the Colombian Amazon jungle who played an important role in blocking the entry of mining companies; and Noemí Gualinga, Ecuador’s “mother of the jungle.” 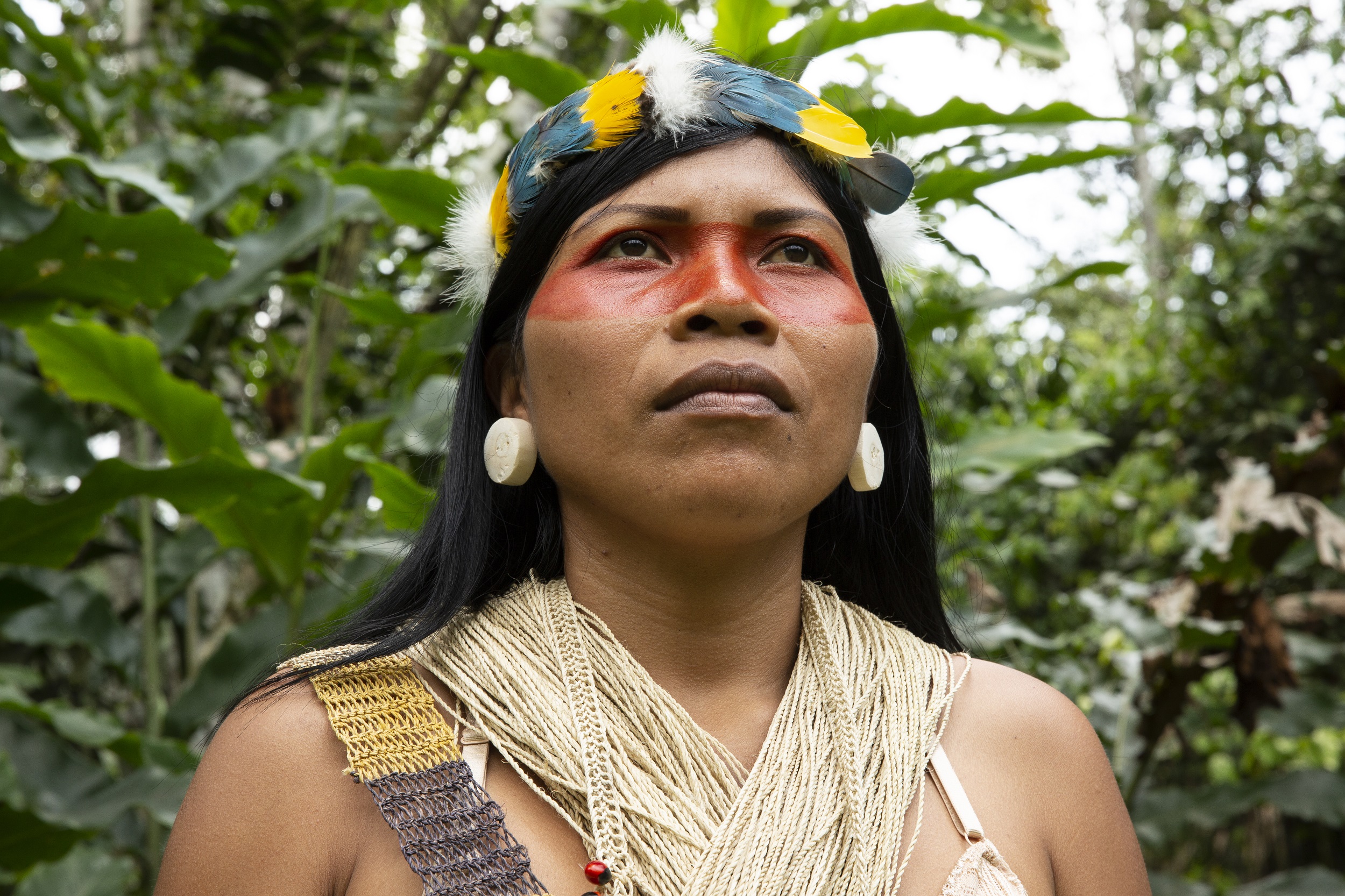 Species back from the brink of extinction

Amid the troubling trend of biodiversity loss, researchers and conservationists have carried out ambitious rescues and captive-breeding programs, bringing several species back from the brink of extinction in 2020.

A captive-breeding and reintroduction program has helped boost the wild population of the black stilt or kakī (Himantopus novaezelandiae), a critically endangered wading bird from New Zealand, by 30% over the past year. The program released 104 captive-bred birds into the wild this August.

After their rescue from a vanishing stream in northern Chile, the last known 14 Loa water frogs (Telmatobius dankoi) produced 200 tadpoles this October.

Burmese roofed turtles (Batagur trivittata), once considered extinct, were reared in captivity in Myanmar. The captive population grew to nearly 1,000 turtles this year and the species is in little danger of biological extinction.

Several species believed to be extinct were “rediscovered” this year. The New Guinea singing dog, thought to exist only in captivity, was found in the wild using eDNA sampling. On an expedition in Bolivia researchers found a devil-eyed frog (Oreobates zongoensis) and a satyr butterfly (Euptychoides fida) not recorded for 98 years. In northwestern Madagascar, a chameleon not seen in more than 100 years, Furcifer voeltzkowi, was found in a hotel garden.  Also more than 100 years after its last recorded sighting, a plant, Olax nana, has been rediscovered in Gujarat and the village now fights to protect it. 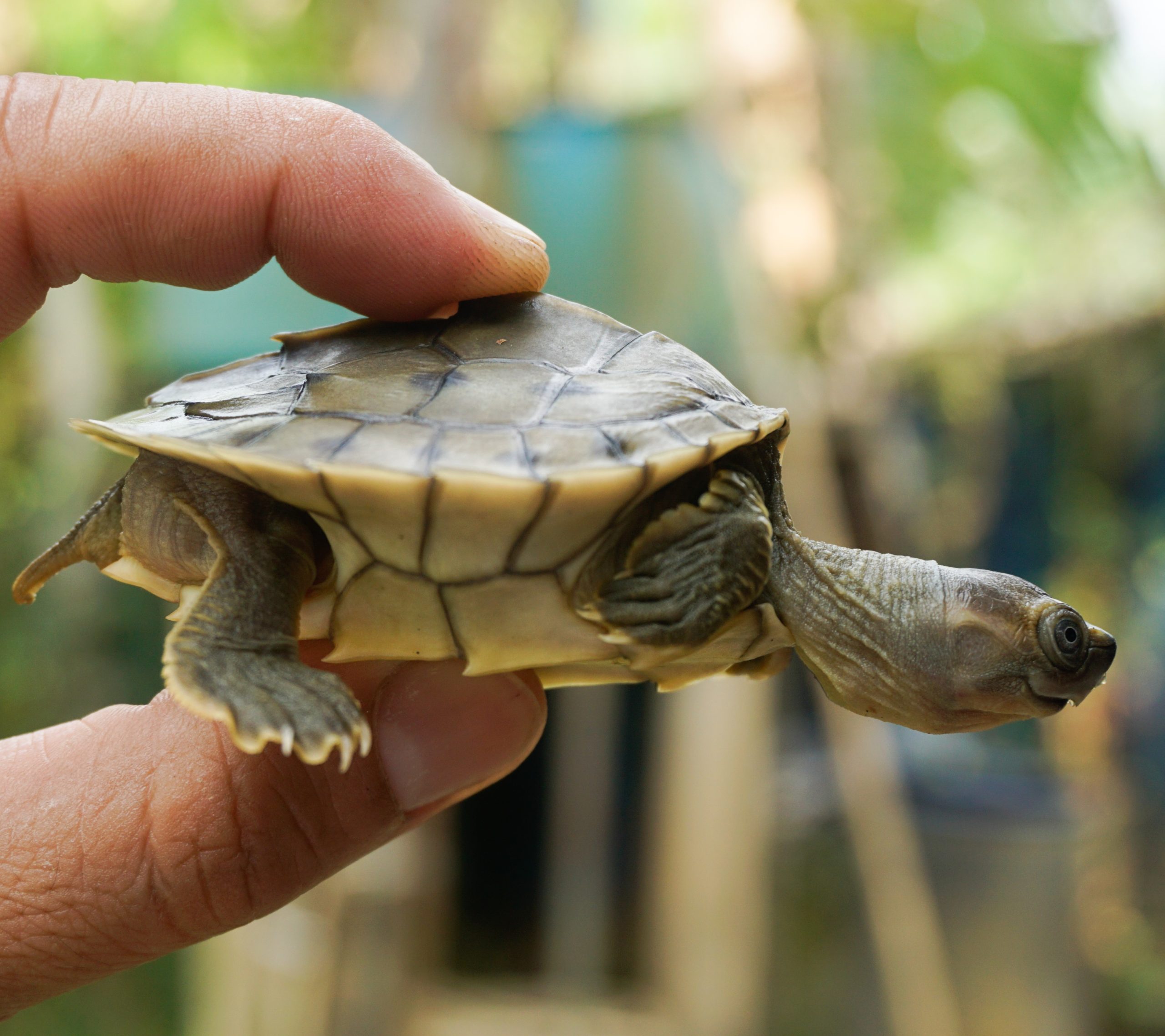 Interest up for renewable energy, down for fossil fuels

Demand for renewable energy technologies such as solar, wind, smart grids, and electric vehicles has surged. Wind and solar generation accounted for one-tenth of global energy production in the first half of 2020. More businesses, cities and countries have pledged to meet 100% of their energy needs through renewable energy. Improvements in technologies such as global power grids and energy storage systems, and more efficient devices and vehicles make these ambitious goals increasingly attainable. Renewable energy, primarily wind and solar, is poised to overtake coal as the top global power producer of energy in the next five years.

As interest in renewable energy rose, demand for fossil fuels fell. After 92 years, ExxonMobil has lost its place on the Dow Jones Industrial Average. Pledges to ban sales of new gasoline- and diesel-powered cars over the next 10 to 15 years have been made by governments from California to the U.K. Global fossil fuel companies found it more difficult to get financing for projects as financial institutions came under pressure for their role in driving deforestation, fires and biodiversity loss.

The incoming administration of U.S. president-elect Joe Biden is predicted to be a boon to renewable energy, and to increase pressure on coal. A stricter environmental regulatory landscape under Biden, as well as increased climate action, are predicted to impact global power markets.

This year, more governments and companies committed to reaching net-zero carbon emissions in the coming decades. The world’s largest emitter of greenhouse gasses, China, announced its intention to be carbon-neutral by the year 2060. Japan, Hungary, Canada, South Africa and South Korea committed to similar goals by 2050. With its Green Deal, the European Union aims to become carbon neutral by 2050. The U.S. is expected to rejoin the Paris Agreement under president-elect Joe Biden’s administration.

Among large companies, tech giant Microsoft made the most ambitious commitment, announcing it would commit to restoring more land than it uses and would zero out all of its historical emissions dating back to its creation in 1975. Oil companies such as ExxonMobil, BP, and Royal Dutch Shell also pledged to reduce emissions.

The creation of a protected area can be an important first step toward safeguarding biodiversity. This year, several new areas were established.

Nigeria’s Ekiti state established a small conservation area where about 20 Nigeria-Cameroon chimpanzees (Pan troglodytes ellioti), the most threatened chimpanzee subspecies in the world, are believed to survive.

The Ivory Coast has announced the creation of a 2,600-square-kilometer (1,000-square-mile) marine protected area, the first in the nation. The protected area will cover pristine waters home to threatened shark and turtle species.

The U.S. Congress passed the Great American Outdoors Act, which dedicated resources to national parks and permanent funding for the Land and Water Conservation Fund. 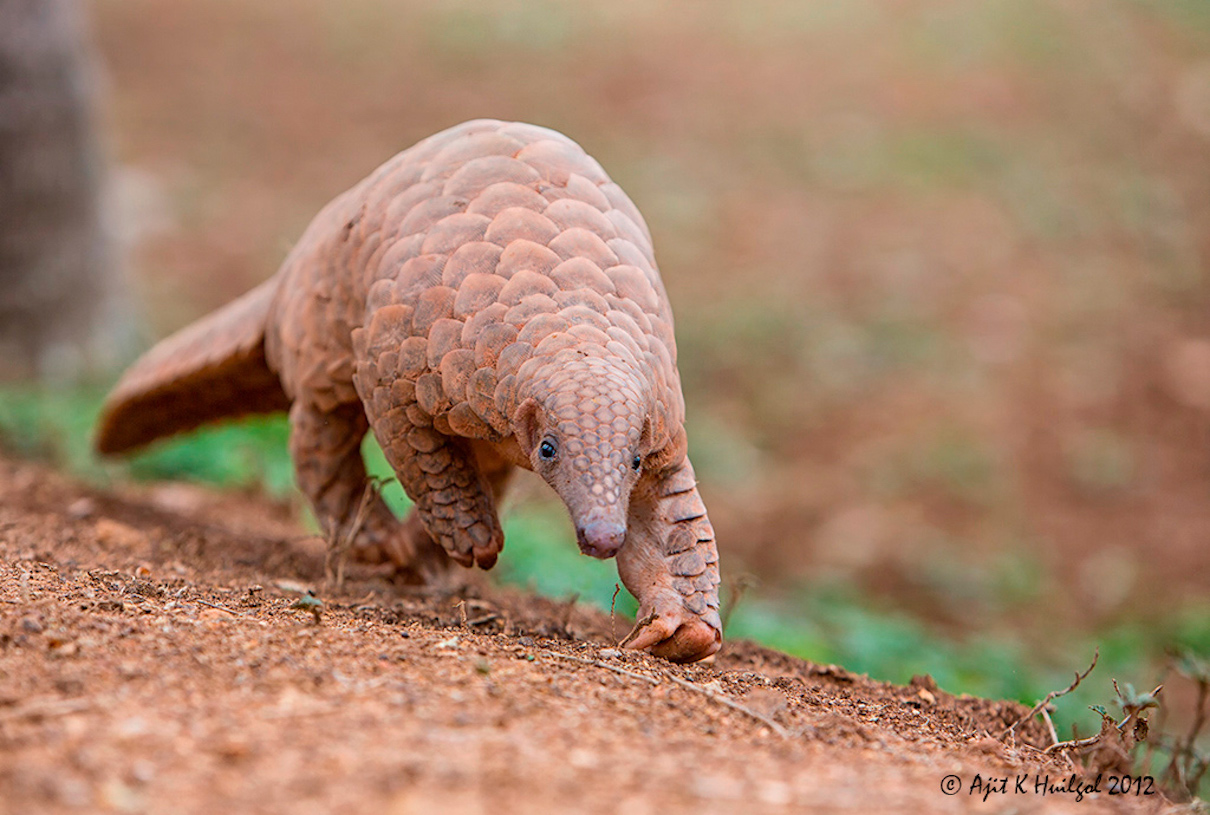 The idea that Indigenous people and local communities play a key and central role in stewarding natural resources and protecting the environment is not news. But this year, there were more academic papers and advocacy campaigns around the issue, as well as more media coverage.

Increasingly, the world is awakening to the importance of securing Indigenous communities’ land rights as an equitable, low-cost, and effective way to protect the environment: an estimated 36% of ecologically intact forests and 80% of the planet’s biodiversity are within Indigenous peoples’ territories.

A study published by political scientists in August concluded that Indigenous people were the best stewards of the Amazon, but only when their property rights were assured. Others found that large, legally protected territories are necessary for Indigenous peoples in Brazil to maintain their culture as well as local biodiversity. A new study conducted by the Rights and Resources Initiative urges decision-makers to adopt rights-based approaches to conservation because they are equitable, effective, and economical.

As high-resolution satellite imagery, remote sensing, and monitoring technologies improve, we are better able to view Earth from above, noting changes over time. Three well-established satellite monitoring technology groups — Kongsberg Satellite Services, Planet and Airbus — partnered to make high-resolution satellite imagery of the tropics free and accessible to all. NASA launched a new platform making use of state-of-the-art technologies to better monitor global fires. And citizens in Sri Lanka and various areas within the Congo and the Amazon used mobile applications to report environmental crimes such as illegal logging.

Using a modern multibeam-sonar-equipped vessel to map the ocean floor, researchers from the Schmidt Ocean Institute discovered a massive coral reef one and a half times as tall as the Eiffel Tower within the Great Barrier Reef Marine Park in Australia. It is the first standalone reef to be discovered in 120 years.

On the smaller side of tech, new devices were developed and deployed to protect and track animals. A small camera equipped with artificial intelligence was developed and trained to recognize animals in the field, alerting scientists to rare species or preventing villagers from coming into conflict with animals such as elephants. A tiny backpack-like tracking device was used to monitor bats with high accuracy. In Costa Rica, decoy turtle eggs were planted in sea turtle nests to track poachers. 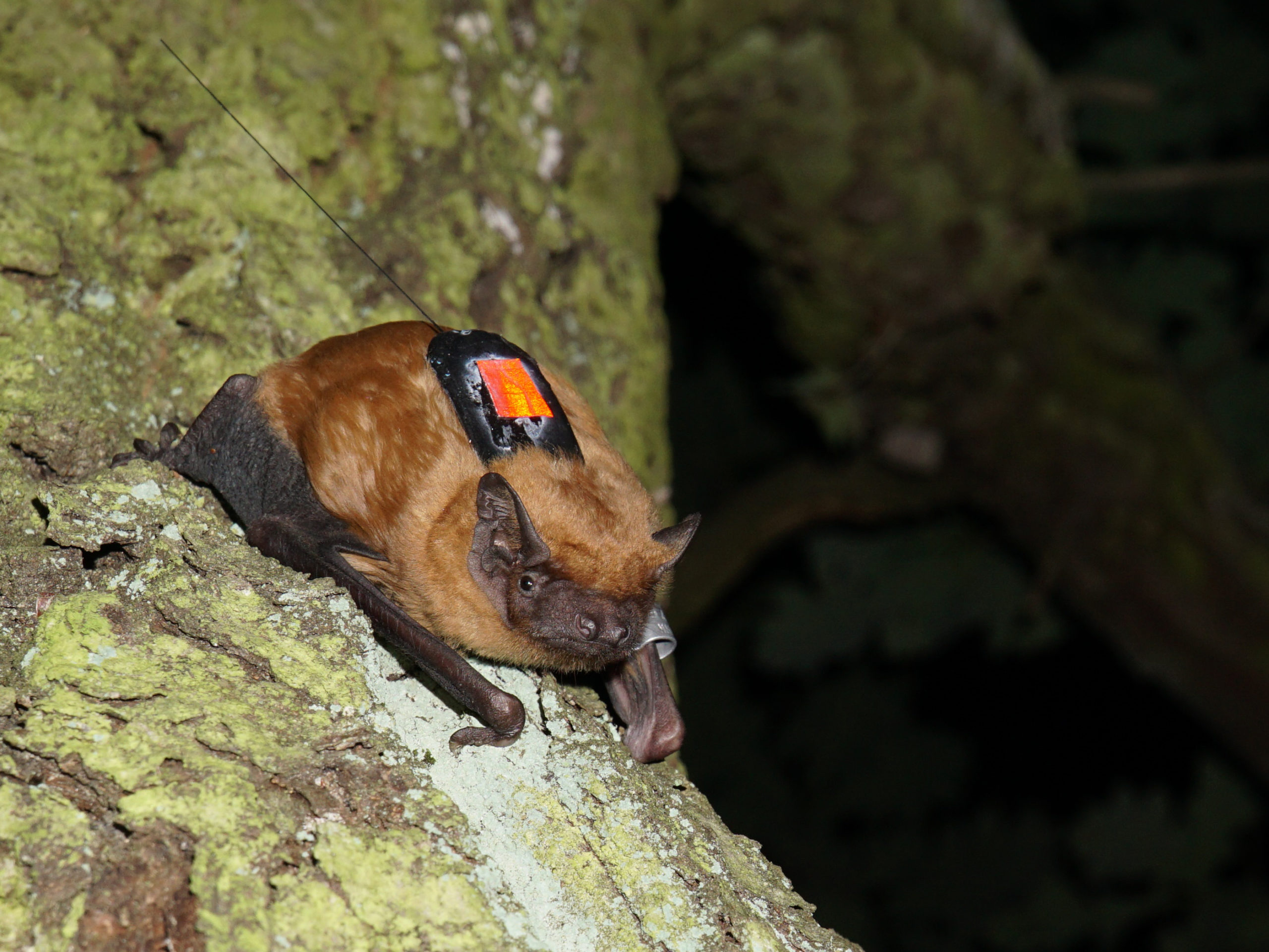 Camera traps, which trigger automatically based on movement, have allowed us to peer into nature, spying on animals as they go about their daily lives. Mongabay’s new video series, Candid Animal Cam, launched this year. The series explores camera trap footage from around the world and talks to the scientists who study this footage. Candid Animal Cam takes us into the hidden lives of leopards, tayras, chimps, lemurs, wombats, chimpanzees, capybaras, and the African wild dog.

In the Amazon, camera traps revealed a wild short-eared dog (Atelocynus microtis) scavenging on an armadillo carcass. Camera traps confirmed the presence of wild western lowland gorillas (Gorilla gorilla gorilla) in the jungles of central mainland Equatorial Guinea for the first time in a decade. The first known images of the world’s rarest gorillas, the Cross River gorillas (Gorilla gorilla diehli) surfaced this year. Images from camera traps set high up in trees in Rwanda’s Nyungwe National Park gave us a glimpse of 35 different mammal species living in the forest. And through the lens of a strategically placed camera in Thailand, we watched tigers bathe in a “Jacuzzi-sized watering hole.” 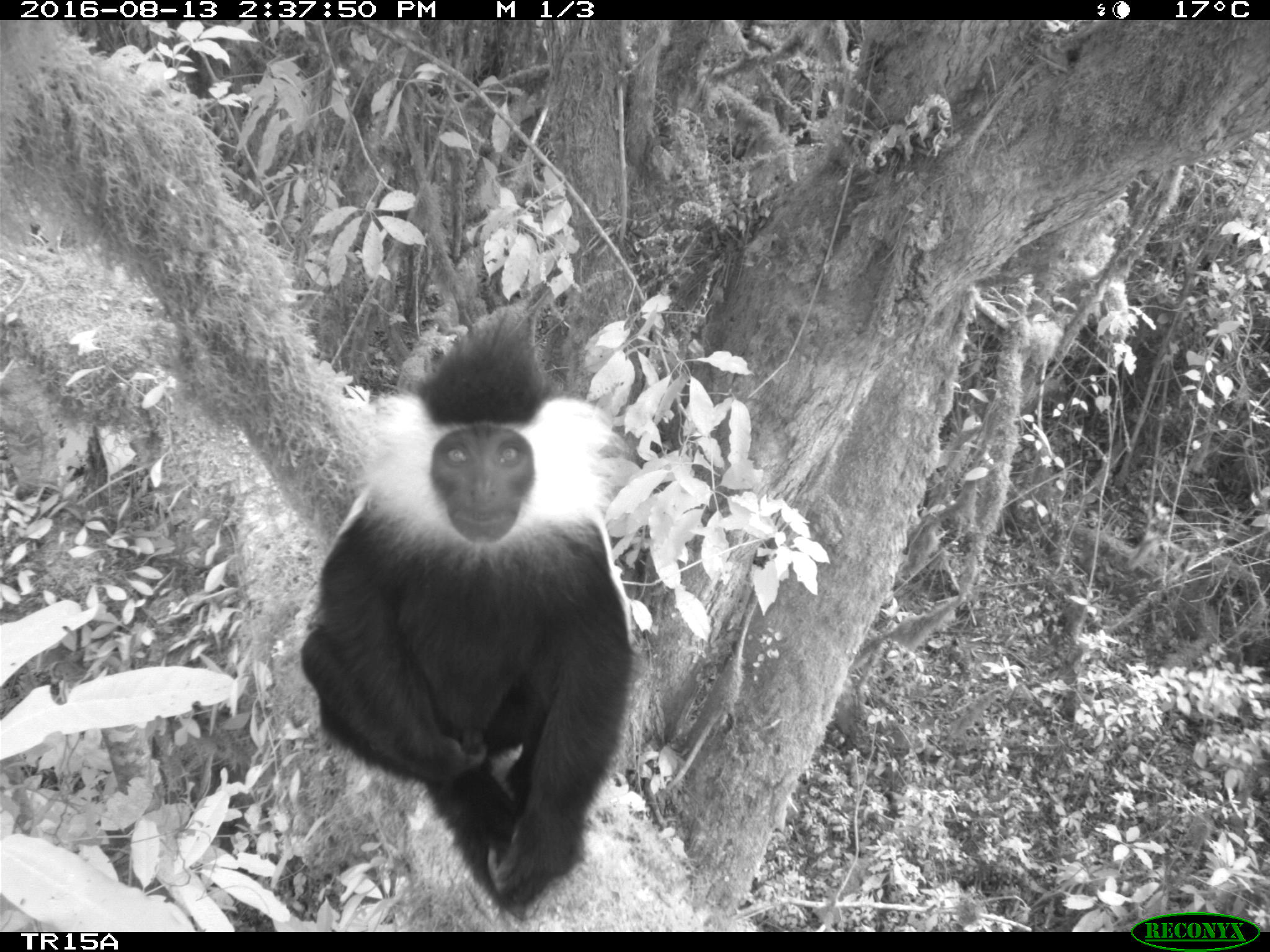 Many other positive stories came to light in 2020: a palm plantation was reforested in Malaysian Borneo; the permit for a controversial pebble mine in Alaska was denied; the problematic Atlantic Coast Pipeline, set to transport oil in the Eastern U.S. was canceled; a restoration project is underway in the Brazilian savannah; hundreds of elephants returned to Virunga National Park in the Democratic Republic of Congo; ribeirinhos (traditional riverine people) pushed out by the Belo Monte dam won the rights to their Amazon homeland; and on Rosebud Indian Reservation of the Lakota people in the U.S. state of South Dakota, the iconic bison (Bison bison) are returning home to the range.