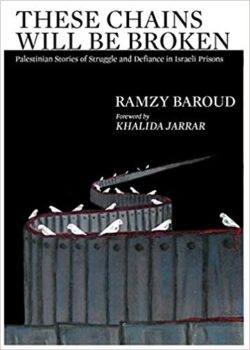 2020 will go down in history as the year that terminated the American-sponsored ‘peace process’. While 2021 will not reverse the monumental change in the US attitude and objectives in Palestine, Israel and the Middle East, the new year presents Palestinians with the opportunity to think outside the American box.

The previous year began with an unmistakable American push to translate its new political discourse with decisive action. On January 28, the so-called ‘Deal of the Century’ was declared as an actual political doctrine. A new political lexicon began to quickly take hold. The ‘peace process’, which has dominated the American language for several decades, seemed a distant memory. Because the Palestinian Authority has, for decades, molded its own strategy to accommodate American demands and expectations, the shift in Washington left the PA with very few options.

On February 1, PA President, Mahmoud Abbas, declared the severing of all diplomatic ties with Israel and the US, followed by an announcement in May that the Palestinian leadership was canceling all agreements between itself and Israel, including the end of all security ties. While the Palestinian decision may have served the purpose of temporarily quelling Palestinians’ anger, it served no practical purpose, and it was short-lived, anyway.

On November 17, the PA resumed all security and civil ties with Israel, thwarting the renewed unity talks between rival groups Hamas and Fatah. The talks had begun in July and, unlike previous meetings, the two main Pa lestinian factions seemed united around a set of political ideas, lead amongst them their rejection of the US ‘Deal of the Century’ and Israel’s plans to annex large parts of the occupied territories.

In the final analysis, the PA, which hardly enjoyed much respect among Palestinians, has lost whatever trust it still commanded among its rivals. Abbas seemed to be using unity talks as a pressure tool to caution Washington and Tel Aviv that he still possessed some political cards.

However, while the Palestinian leadership has, in the past, succeeded in playing the waiting game which guaranteed the flow of money since its inception in 1994, that strategy is now coming to a halt. US priorities in the Middle East have obviously changed, and even the PA’s European allies hardly see Abbas and his Authority as a priority. A weakened European Union, due to the unceremonious departure of Britain and the devastating economic impact of the COVID-19 pandemic, has pushed Palestine to the bottom of Western agendas.

If 2021 is to bring about any positive change in the trajectory of the Palestinian struggle for freedom, new strategies would have to replace the old ones.

Instead, thinking should shift completely into a whole new political landscape:

First, Palestinian unity must be redefined so it is not confined to a mere political arrangement between rivals Hamas and Fatah, each motivated by its own agenda and self-preservation. Unity should be expounded to include a national dialogue among all Palestinians, so that the Palestinian people, at home, or in ‘shataat’ (diaspora), should be part of forming a new Palestinian – not factional – vision.

Second, a new vision should be developed and articulated to replace useless clichés, dogmas and wishful thinking. A two-state solution is simply unattainable, not because Israel and the US have done their utmost to bury it, but because, even if implemented, it will not satisfy the minimal expectations of Palestinian rights.

In a two-state scenario, Palestinians would remain geographically and politically fragmented, and no realistic and just implementation of the right of return can possibly be carried out. A ‘One Democratic State’ in Palestine and Israel cannot possibly address all the injustices of the past, but it is the most meaningful threshold aimed at imagining a possible, and certainly better, future for all.

Third, the obsessive reliance on Washington as the only party capable of mediating between Israel and Palestine must end. Not only did the US demonstrate its untrustworthiness through its generous and relentless military and political support to Israel, it has positioned itself as a major obstacle in the path of Palestinian freedom and liberation.

It behooves the Palestinian leadership to understand that the balances of global power are fundamentally changing and that the US and Israel are no longer the only hegemons in the Middle East region. It is time for Palestinians to diversify their options, strengthen their ties with rising Asian powers and reach out to South American and African countries to reverse the total political and economic dependency on the US and its allies.

Fourth, although popular resistance in Palestine has constantly expressed itself in numerous forms, it is yet to be harnessed as a sustainable platform of resistance that can be translated into political capital.

2020 began with the suspension of Gaza’s Great March of Return, which brought tens of thousands of Palestinians together in a historic show of unity. However, Palestinians in the occupied West Bank are desperately trying to navigate two overlapping matrices of control: the Israeli occupation and the PA. This has proven detrimental, as it marginalizes the Palestinian people from playing a fundamental role in shaping their own struggle. Popular resistance must serve as the backbone of any authentic Palestinian vision for liberation.

Fifth, for the new Palestinian political discourse to matter internationally, it has to be backed by a global solidarity movement that rallies behind a unified Palestinian vision, while advocating Palestinian rights at city, state and national levels. The decisive US-Israeli attack on the Boycott Divestment and Sanctions Movement (BDS) is a testament to the success of this tactic in changing the narrative on Palestine and Israel.

Yet, while there is already a strong foundation of Palestinian solidarity around the world, this movement should not be focused only on academic hubs and intellectual circles, but work its way to reach ordinary people, globally.

2020 may have been a devastating year for Palestine, but a closer look would allow us to see it as an opportunity for a whole new Palestinian political discourse.

2021 is Palestine’s chance of fighting back.