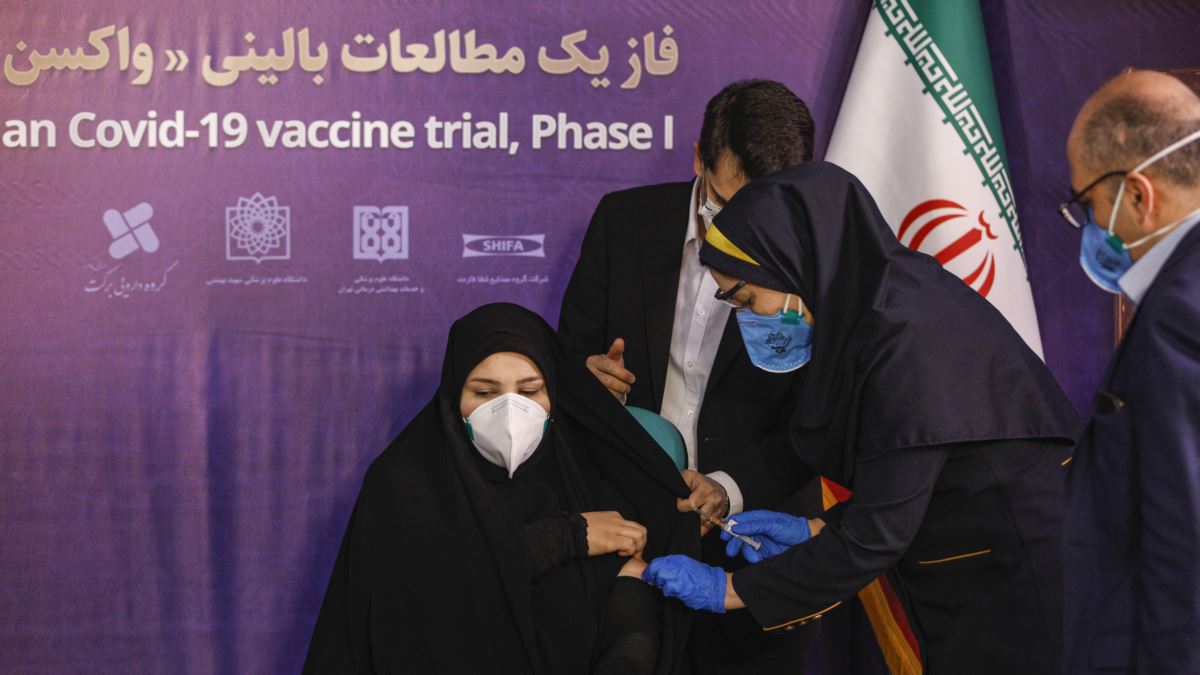 Iran is being criticized by international rights groups for putting politics above its own people after Tehran banned imports of British and U.S. COVID-19 vaccines.

The criticism comes after Iranian Supreme Leader Ayatollah Ali Khamenei said on January 8 that imports of U.S. and British vaccines into Iran were “forbidden.”

U.S. firms Pfizer and Moderna, as well as Britain’s AstraZeneca, have developed coronavirus vaccines that are already being distributed to millions of people in the United States, the United Kingdom, and across the world.

But Khamenei claimed on Iranian state television and on Twitter that vaccines developed in the United States and the United Kingdom were “completely untrustworthy.”

Khamenei said, “It’s not unlikely they would want to contaminate other nations.”

Twitter has hidden an English-language version of Khamenei’s post on grounds that it is a dangerous conspiracy theory and threatens the lives of people around the world.

But a tweet on the Iranian leader’s Persian-language account that makes similar claims was still visible on January 9.

The World Health Organization (WHO) has responded to such claims by urging countries not to politicize the distribution of COVID vaccines.

Bruce Aylward, a senior adviser to the WHO’s director-general, said, “It’s really time to put any kind of politics aside and make sure that vaccines get to the people that need them.”

Mansoureh Mills, a researcher for Amnesty International who specializes on Iran, said the ban by Iranian authorities was “in step with the authorities’ decades-long contempt for human rights, including the right to life and health.”

Mills added: “It’s reckless that Iran’s supreme leader is toying with millions of lives by placing politics above people. The Iranian authorities must stop shamelessly ignoring their international human rights obligations by willfully denying people their right to protection from a deadly virus that has killed more than 55,000 people in the country.”

Iran’s Red Crescent said the ban meant that 150,000 doses of the Pfizer vaccine that have been donated by American philanthropists will no longer be entering the country.

Karim Sadjadpour, a senior fellow at the Carnegie Endowment for Peace, noted on Twitter that Khamenei’s longtime personal physician, Alireza Marandi, was trained in the United States but he “forbids his population from benefiting from Western medicine.”

“The well-being of the Iranian people has suffered greatly because of this antiquated ideology,” Sadjadpour said.

More than 1.2 million people have already been infected by the coronavirus in Iran. The official death toll in Iran from COVID-19 is more than 56,000.

Iranian authorities say they are developing their own COVID vaccine. They say they began human trials in December and expect to start distributing their version of a vaccine in the spring.

Even if they meet that schedule, their work is far behind the development of vaccines by British and U.S. firms that have already undergone months of extensive human testing before being approved by national and international regulators.

With reporting by AP, BBC, and Arabnews.com