Dalton Trumbo, quote from Johnny Got His Gun :

Of course, the sideshow bantering about the attack on the Capitol, the five dead in DC (“Four Dead in Ohio”), who did what, is it a coup, are the halls of Congress sacred and hallowed, and something never seen before in the history of the United Snakes of America.

Of course, hysterical bantering on both sides of the political manure pile. Then all those “defund the police” woke people now wanting to throw the book at anyone and everyone at the “event,” even those milling around, or those who just came in for a selfie and had nothing to do with the ramming.

This is an inside job, of course — white nationalists in the police department, and a bunch of others flashing badges to get inside the Rotunda.

Impeach again, do a 25th amendment thing, call out the Guard, more laws, more fences, more surveillance tools, more eye, face, skin recognition AI. The trillions being made, passed back and forth, and the people with MAGA hats, and the people with Biden Buttons, the moldy media, the entire shit show really doesn’t give us a look at the new normal. This is old hand, the Cool Hand Luke world of Indian Slaughtering and Slave Torturing.

Oh, the upside world of right-side thinking — Many people arrested during the J20 protests of Trump’s inauguration, as you will recall, faced decades in prison for breaking storefront windows. Then, those two Black Lives Matter protesters who are lawyers, Colin Mattis and Urooj Rahman, went to town on an empty NYPD police car (vandalizing it) and are now facing federal charges with a sentence of 45 years to life.

The slippery slope that is the United Snakes of America. Lock her up. Abu Ghraib them all. Throw the key away.

Look, I have been thrown down and handcuffed several times over the years for, get this, peaceful protests. Protests where we had a fucking license (parade permit) to do our little First Amendment show.

In Arizona, in Texas, in Washington, in Oregon. I have been thrown down and cuffed as a teacher. As a frigging journalist. Try and protest the timber tyrants, or push for dam removal, or how about protesting Sea World or a zoo or circus for their elephant imprisonments.

I guarantee, those Proud Boys, those MAGA women we see at events, at the Capitol, all those bearded bikers, those blue-collar millionaires, come on, liberals, there is no dialogue. They never has been. You think there is dialogue here?

So, that was a whopping 64 years ago, the year I was born.  We can go back farther: 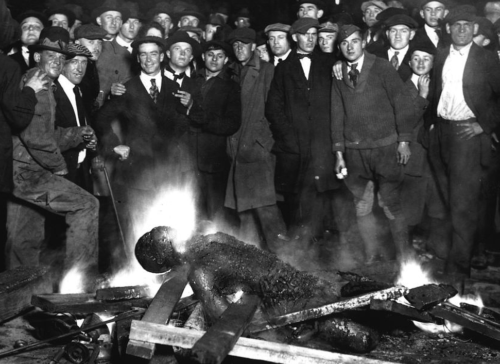 Sure, remarkable what the old deplorables did at the Capitol? 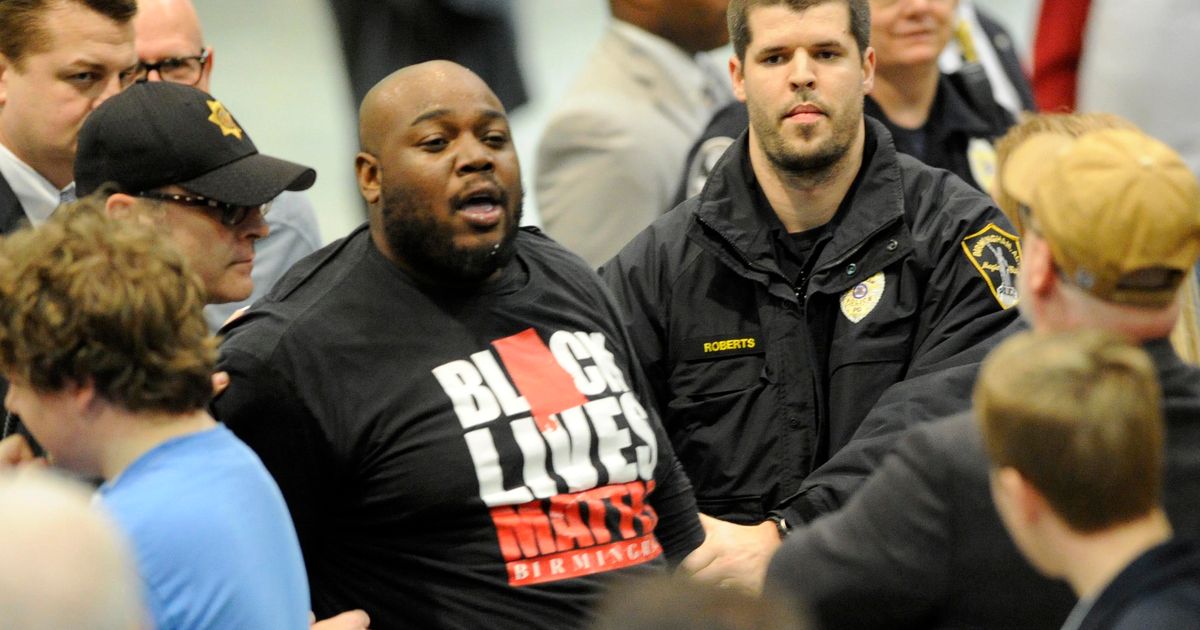 Well, let’s go back to 1919, when a white mob rioted through the streets of Washington, DC, while cops passively stood by and President Woodrow Wilson remained silent. A Black community in what’s now the Shaw neighborhood (Utah Avenue and Logan Circle) drove back the rampagers. Forty people were killed over a three day period. Who incited it? It took more than a 100 years for the esteemed Washington Post to admit to inciting and abetting it. The NAACP wrote a scorching letter to Wilson, the most racist president of the 20th century:

the shame put upon the country by the mobs, including United States soldiers, sailors, and marines, which have assaulted innocent and unoffending negroes in the national capital. Men in uniform have attacked negroes on the streets and pulled them from streetcars to beat them. Crowds are reported …to have directed attacks against any passing negro.

I don’t know. I hate to pull rank, but I am surrounded by people who to put it lightly have been so insulated, so cloistered, so self-isolating, that the things I have done on the streets, and the people I ran with and those I worked with and those I still work with, and the ground-truthing, and, well, I can’t say so much more here because I have a job that requires me to have a spotless record, of sorts. I won’t even get into what expungement means to me.

But I am hearing these bizarre things about the entire Capitol Siege, and alas, more censorship, more incarceration, more DA’s, more scrutiny, and, sure, we have a messed up country, but it has ALWAYS been that. The elites and the so-called liberal class have not been warriors of true egalitarianism and Marxist economy and organization. This here country is all about opportunities, and hoarders, and many of those “pull yourself up by your bootstraps” la-la land folk, well, they are dream hoarders. I guarantee many of those caught in the scandals involving paying bribes to get their vaunted children in the best schools are/were/will be Obama-Hillary-Biden backers.

The country was set up for a gilded age, followed by another and another gilded age. Now it’s Bitcoin Age, with the Digital Technologists and the Millions Working on Apps and AI and Robotics, well, they are right smack at the top of that next Fourth Industrial Revolution Gilded Few.

There is no housing guaranteed. There is no medical care guarantee. Teeth rotting? Good luck, Charlie. Bosses strip away any semblance of our rights, and we can organize into collective bargaining units without $2000 an hour legal outfits swooping in with their Leer Jets to denigrate and dissolve solidarity through every trick of the book.

The son-in-law Jared Kushner’s old man, pardoned. For what? Here we have it, no, the chosen elite:

Jared’s father was actually prosecuted back in the early 2000s by Chris Christie, then the US Attorney for New Jersey.

While under investigation, Charles hatched a revenge plot against his brother-in-law, William Schulder, for cooperating with prosecutors in a tax evasion case against him. Charles hired a hooker to have sex with Schulder in a Jersey motel room, where a hidden camera was rolling. The elder Kushner then sent the footage to Schulder’s wife, Ester, who is Charles’ sister.

The revenge plot backfired … the Schulders gave the footage to prosecutors, who tracked down the prostitute. She eventually snitched on Charles.

Christie recalled Charles’ plot last year, calling it “one of the most loathsome, disgusting crimes” he ever prosecuted. 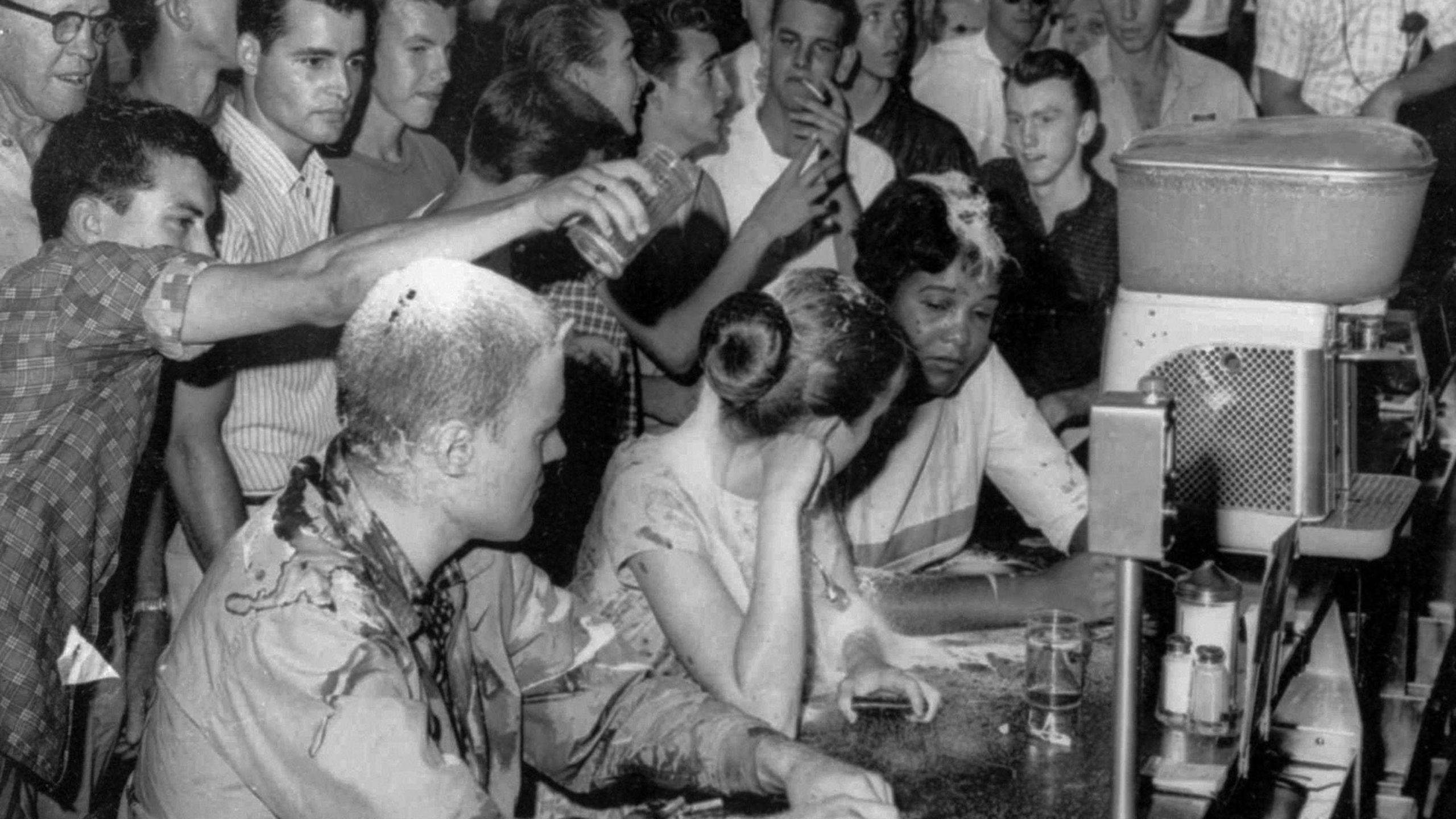 Look, there are people even on sites like DV who really believe there is a dialogue to be had with those Trumpies. This is the first sign of weakness and sickness. I live in a rural local. I have lived in big cities but spent much time in flyover country, much time with ranchers, blue collars types, farmers, construction folk, pipe fitters, cement workers, and more. I guarantee, I have had hundreds of conversations with people who truly believe they are the great white race, that the great USA is a land of KKK milk and Slaver honey. 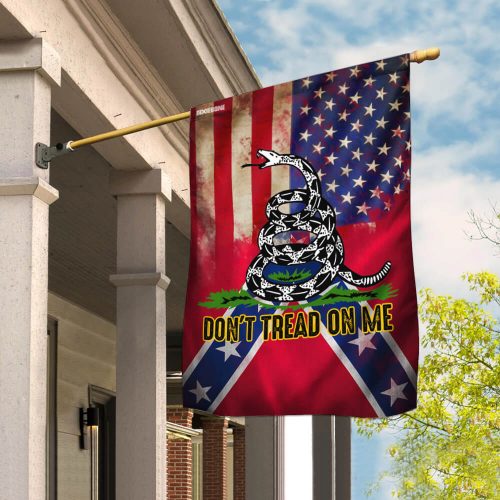 Old Mitch, in his youth:

Then there is the quintessential white hope, Trump, pushing off the Medal of Freedom to South African golfer Gary Player, who believed that South African blacks were not as evolved as his white ass: Here, endorsing apartheid in his 1966 book Grand Slam Golf:

I must say now, and clearly, that I am of the South Africa of Verwoerd and apartheid … a nation which … is the product of its instinct and ability to maintain civilised values and standards amongst the alien barbarians.

Barbarians, one and all. Think of all the people working 80 or 90 hours a week, for staffing agencies. Mostly women, pounded and pounding the keyboard, the spreadsheet, the phone, to get people jobs in the warehouse, manufacturing, trucking, logistics et al business.

In a Time of Covid-19. Think of all the people trying to survive, waiting for the revenuers and the repo men and women and the eviction notices from those Black Live Do Not Matter Blue Lives Matter deputies. Knocking on the trailer door at 10 pm. Serving papers after millions of papers served.

The cops, lording over the forced evictions, the cars and furniture and appliances hauled off. Their, in their SWAT Team gear, fancy squad SUV, amazing, stoic and mean, while the babies and children and old people in wheelchairs are carted off.

Scenes from the Nazi’s coming into France and overtaking homes, belongings.

My aged friend, Barbara, 71, writes this to me today:

Meanwhile, Wall Street is booming, Bitcoin is soaring, and Big Tech is consolidating to fend against anti-trust actions.
Co-ordinated efforts? Seems to be the PUSH for the privatization of EVERYTHING as good soldiers for “democracy..  (little d)
All the world is a STAGE, Paul.  All this nonsense of defending anything is a ruse….
The media PLATFORMS have never made so much money all over the world…this is a gold rush…they won’t be stopping this anytime soon. 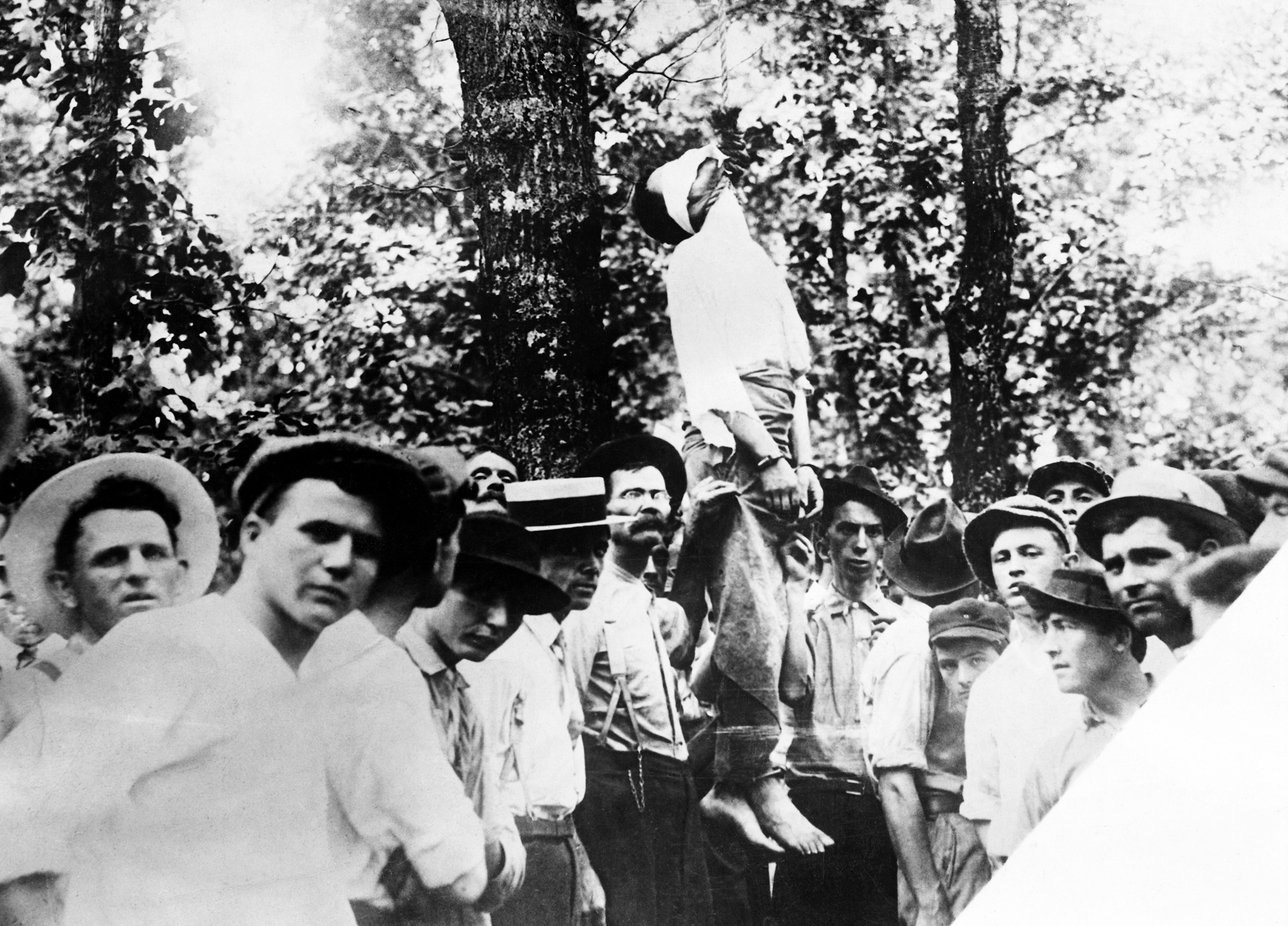 Their tenuous grasp of the subject is regrettable if unsurprising, given that the conquest of the continent is both essential to understanding the rise of the US and deplorable. Acre by acre, the dispossession of native peoples made the US a transcontinental power. To visualize this story, I created ‘The Invasion of America’, an interactive time-lapse map of the nearly 500 cessions that the US carved out of native lands on its westward march to the shores of the Pacific.

I guarantee those MAGA’s and Deplorables and their Backers are not shedding any tears for the First Nations? No tears for slaves or the legacy of generational trauma. Is it a brain wiring problem? Is it education? Family influences? Look at that map above.

I also guarantee those writers and prognosticators are not having real dialogue with redneck lumber guys and gals, redneck fishers, redneck construction gals and guys. Ex-military. Current cops.

Europe’s 20th century atrocities are easier for most people to envision than the dispossession of Native Americans. Stalin’s gulags destroyed millions of people in the 1930s and ’40s; Germany systematically murdered two-thirds of the continent’s Jews during the Second World War; Yugoslavia devolved into a bloodbath of so-called ‘ethnic cleansing’ in the early 1990s. Accounts of those episodes describe the victims as men, women and children. By contrast, the language used to chronicle the dispossession of native peoples – ‘Indian’, ‘chief’, ‘warrior’, ‘tribe’, ‘squaw’ (as native women used to be called) – conjures up crude stereotypes and clouds the mind, making it difficult to see the wars of extermination, forced marches and expulsions for what they were. The story, which used to be celebratory, is now more often tragic and sentimental, rooted in the belief that the dispossession of native peoples was unjust but inevitable.
— Claudio Saunt, Richard B Russell Professor in American History, co-director of the Center for Virtual History, and associate director of the Institute of Native American Studies, all at the University of Georgia. His latest book is Unworthy Republic (2020). He lives in Athens, Georgia. 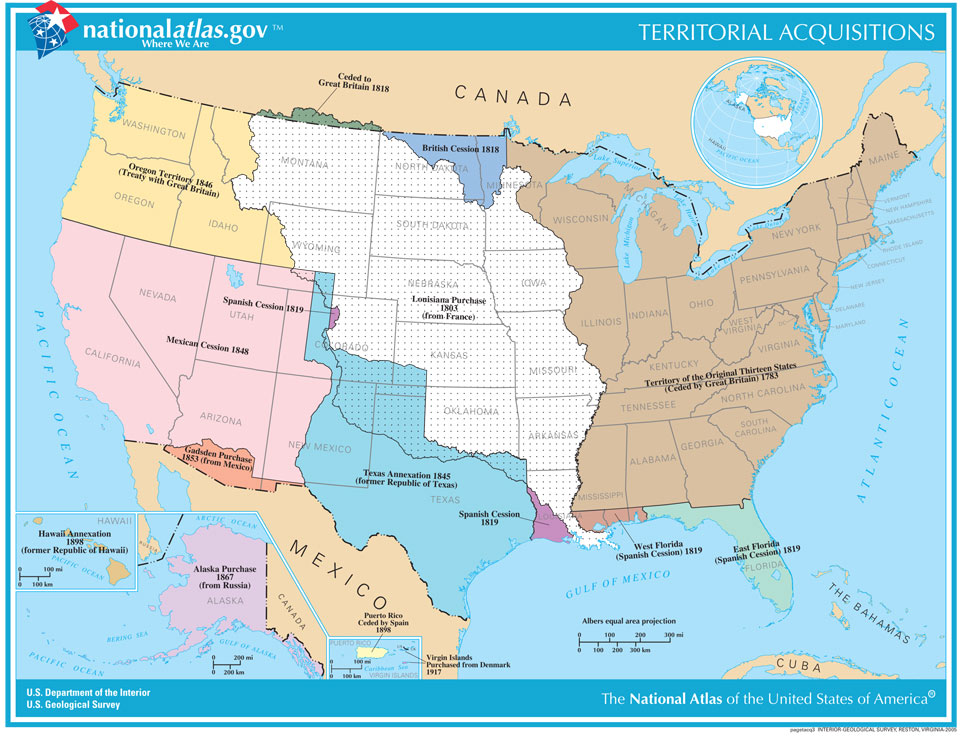 The post USA: Unsafe at any Speed first appeared on Dissident Voice.