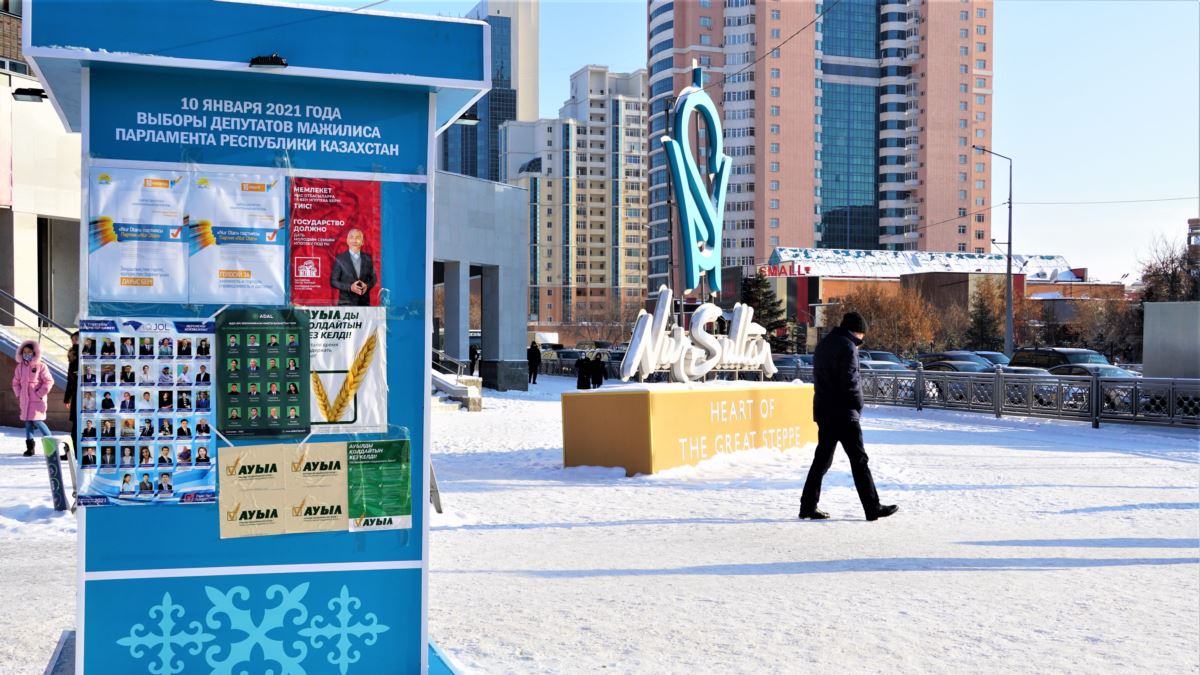 Voters in resource-rich Kazakhstan head to the polls on January 10 in an election lacking one crucial element: an opposition.

Former authoritarian President Nursultan Nazarbaev’s Nur Otan, the ruling party since 1999, is expected to maintain its dominant position in the Mazhilis, the lower house of the parliament.

The only officially registered political party that labels itself as an opposition group, the All-National Social Democratic Party (OSDP), announced in November that it was boycotting the elections because Kazakhstan’s political landscape continues to be dominated by the “same” political elite.

The lack of competition has dashed the hopes of the country’s Western partners who had hoped for deep political reforms. Nonetheless, some say continuity will bring the stability needed to attract foreign investment — primarily into the oil, gas, and mining sectors.

The vote is the first legislative poll in the Central Asian nation since the resignation of Nazarbaev, who ruled the nation for three decades before stepping down in favor of his handpicked successor Qasym-Zhomart Toqaev in March 2019.

Despite stepping down, Nazarbaev maintains vast influence in the country’s politics. He is the head of the powerful Security Council, and also enjoys almost limitless powers and immunity as elbasy — leader of the nation.

“This election campaign is no different than the previous [elections]: the same rules, the same law, the same procedures, the same political parties,” OSDP leader Askhat Rakhimzhanov said.

International election observers say that past elections in Kazakhstan have been neither free nor fair, citing electoral fraud, repression of opposition candidates, and restrictions on a free press.

Dozens of activists have been jailed in recent weeks in what rights defenders describe as a campaign of pressure on activists and independent election observers, and a clampdown on free speech ahead of the polls.

The elections will decide 98 of 107 seats in the Mazhilis. Nine other seats will be separately elected by the Assembly of People of Kazakhstan — a political body chaired by Nazarbaev designed to represent ethnic groups in the Central Asian nation.

The last parliamentary elections in Kazakhstan were held in March 2016.