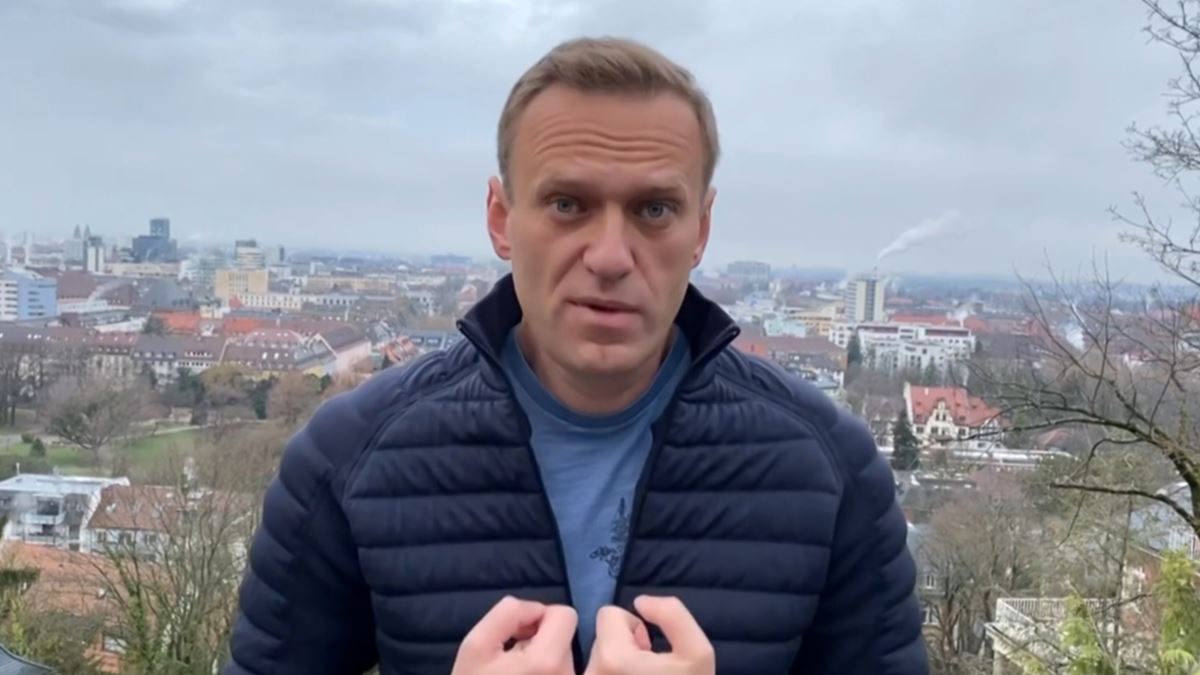 Russian opposition figure Aleksei Navalny is due to fly back to Russia on January 17 from Germany despite Russian authorities’ stated desire to arrest him and potentially jail him for years.

Navalny is expected to fly to Moscow from Berlin, where he has received months of medical treatment for a poisoning that he has blamed on Russian authorities.

The outspoken Kremlin critic announced on January 13 that he would return to Russia despite having received a notice that the country’s Federal Penitentiary Service (FSIN) would seek his arrest.

His return sets the stage for a potentially dramatic new showdown between the Kremlin and Navalny, one of President Vladimir Putin’s most outspoken foes.

Late last month, FSIN demanded Navalny return immediately from Germany or face jail in Russia for violating the terms of a suspended prison sentence relating to a 2014 fraud conviction and of evading criminal inspectors.

According to court documents, he could face a jail sentence of as much as 3 1/2 years.

“The question ‘to return or not’ never stood before me as I didn’t leave on my own. I ended up in Germany in an intensive care box. On January 17, Sunday, I will return home on a Pobeda flight,” he said in a tweet on January 13, referring to a Russian airline whose name means Victory.

His supporters plan to meet him at Moscow’s Vnukovo airport. About 2,000 people have used a Facebook page to say they plan to be there, with another 6,000 expressing an interest. Pro-Kremlin activists are also expected to turn up.

The Moscow Prosecutor-General’s office has said the event is illegal because it is not sanctioned by the authorities.

Citing COVID-19 restrictions, the airport has said it will not allow media inside.

Navalny fell ill on a flight from Tomsk to Moscow and was treated and placed in an induced coma in a Siberian hospital before being transferred to a world-class facility in Germany.

Lab tests in three European countries, confirmed by the international Organization for the Prohibition of Chemical Weapons, established the Navalny was poisoned with a nerve agent of the Novichok class. The findings led the European Union to imposed sanctions on six Russian officials and a state research institute.

Russian authorities have claimed that no trace of poison was found in Navalny’s body before he was airlifted to Germany, and have refused to open a criminal investigation into the incident.

On the eve of his return, Navalny thanked the Germans in a Facebook post and said they don’t fit the stereotype that they are unfriendly and only want to give and follow orders.

“The five months I’ve been here, I’ve been amazed how much the Germans don’t match the stereotypical idea of them,” Navalny wrote. “These are really the sweetest people with a great sense of humor, always trying to help.”

“Thank you friends!” he wrote in German.

Earlier on January 16 Germany demanded that Moscow carry out a full investigation into the poisoning and transmitted to Russia the transcripts of interviews its authorities conducted with him.

The German Justice Ministry said that, with transmission of information requested by Moscow — including blood and tissue samples — the Russia government now has all the information it needs to carry out a criminal investigation.

A ministry spokesman said Berlin expects that “the Russian government will now immediately take all necessary steps to clarify the crime against Mr. Navalny.”

“This crime must be solved in Russia. This requires investigations commensurate with the seriousness of this crime,” the spokesman added.

With reporting by Reuters, dpa, and AFP