The International Tribunal of the Law of the Sea, a UN body based in Hamburg, last week delivered a stern and unequivocal rebuke to the UK in ruling the UK has no legal interest in the maritime area of the Chagos Islands. You will recall that the UK in the 1970’s ethnically cleansed the entire population from Chagos at gunpoint to make way for the US nuclear base on the Chagos Island of Diego Garcia.

In its judgement, The Special Chamber of the Tribunal last week ruled (para 247) by 8 votes to 1 that the Maldives must agree a boundary with Mauritius, as

it is inconceivable that the United Kingdom, whose administration over the Chagos
Archipelago constitutes a wrongful act of a continuing character and thus must be
brought to an end as rapidly as possible, and yet who has failed to do so, can have
any legal interests in permanently disposing of maritime zones around the Chagos
Archipelago by delimitation.

The Tribunal was of course here following the UN General Assembly and the International Court of Justice; the illegality of British occupation of the Chagos Islands is now indisputable in international law. What this tribunal adds is the dismissal of the notion that the UK has any legal rights to impose administrative or regulatory measures on the grounds that sovereignty is disputed. The Tribunal has said the Chagos Islands are part of Mauritius and there can be no dispute.

I am pleased partly because of my long term advocacy for the Chagos Islanders, but also because enabling the coming into force of the Tribunal was one of the proudest moments of my life. It is a very long story, and some day I will tell it, but the short version is that the entry into force of the UN Convention on the Law of the Sea had been delayed for decades because of a dispute over the deep seabed mining regime. This specified a licensing system for mining in the deep seabed beyond all national limits, with the proceeds from licenses being distributed to developing nations. The United States had refused to ratify and the entire Convention, including the Tribunal, had been stymied as Western European powers followed the US lead over deep seabed mining.

When I became Head of Maritime Section at the FCO and Alternate Head of the UK Delegation to the UN Preparatory Commission (Prepcom) for the Convention – which was tasked with sorting out the mess – I can genuinely say that by persuading the UK government to soften its stance, (a Herculean task within Whitehall) and by establishing a strong personal rapport with the leaders of the developing world delegations, and especially with Dolliver Nelson and UN Under Secretary General Satya Nandan, I broke the impasse. My writing talent in clever drafting that eventually fed into the Protocol on Deep Seabed Mining made a real difference, but it really was the fact that I mixed freely with the developing world delegations, and sat on the beach with them drinking rum punch or eating ackee and fish washed down with Red Stripe in local restaurants, that broke the barriers.

I don’t know how to make you believe this, but this really was pretty revolutionary. The Prepcom met in Jamaica for a month every year and again in New York every August, and the “First World” delegates just did not socialise with the “G77 Delegates” except at stilted formal occasions or with enormous condescension. Making real friends across the barrier was not normal. I strongly recommend to you the current BBC true story drama “The Serpent”. Apart from the major subject, its portrayal of the milieu, lifestyle and attitudes of Western diplomats abroad is absolutely spot-on. I made the political breakthrough just by being straight and friendly with people. Indeed the key compromises were agreed with Satya and Dolliver while we splashed our legs in a pool. By coincidence, the UK had the revolving chair of the Western European and Others (WEOG) group at just the crucial time, which was a great help in getting the compromises through.

I should add that the FCO Legal Adviser, David Anderson, was my boss most of the time at these meetings; he was arguably the world’s leading authority on the law of the sea and the primary credit for the Convention coming onto force goes to him. He was to become one of the first judges at the Tribunal. A true Yorkshireman, I remember many hours walking around Brussels and New York with him while he peered at restaurant menus finding where he could get his chosen meal cheapest. I should also mention the tolerant and visionary Dr John Hughes, my line manager, who trusted me and gave me huge latitude. It is further fair to note that others took on the work to completion after me as I was posted to Poland by the time the Convention came into force. But somewhere I have kept the lovely note from John Hughes telling me the Convention had come into force, and that while my name would not be on it, the achievement was enormous.

I am very conscious that the strain of being on trial, and particularly awaiting the verdict, has made me self-obsessed. I have received really awful online abuse since I published my affidavits, and it has led me to want to think about the real achievements of my life, and even about the time when I was highly valued within the political establishment rather than somebody entirely outside of respectable society. Not that I would change a thing about my whistleblowing and I am sure this maudlin period will pass. Please forgive and indulge me for a little while.

Being chosen as the seat of the Tribunal was very important both to Hamburg and Germany, and I remember an official visit there to look at the site and discuss the accommodation for judges, the diplomatic status of staff and numerous other points. The hospitality was amazingly good, and I got taken out on the Gorch Fock for a day, which I shall never forget. 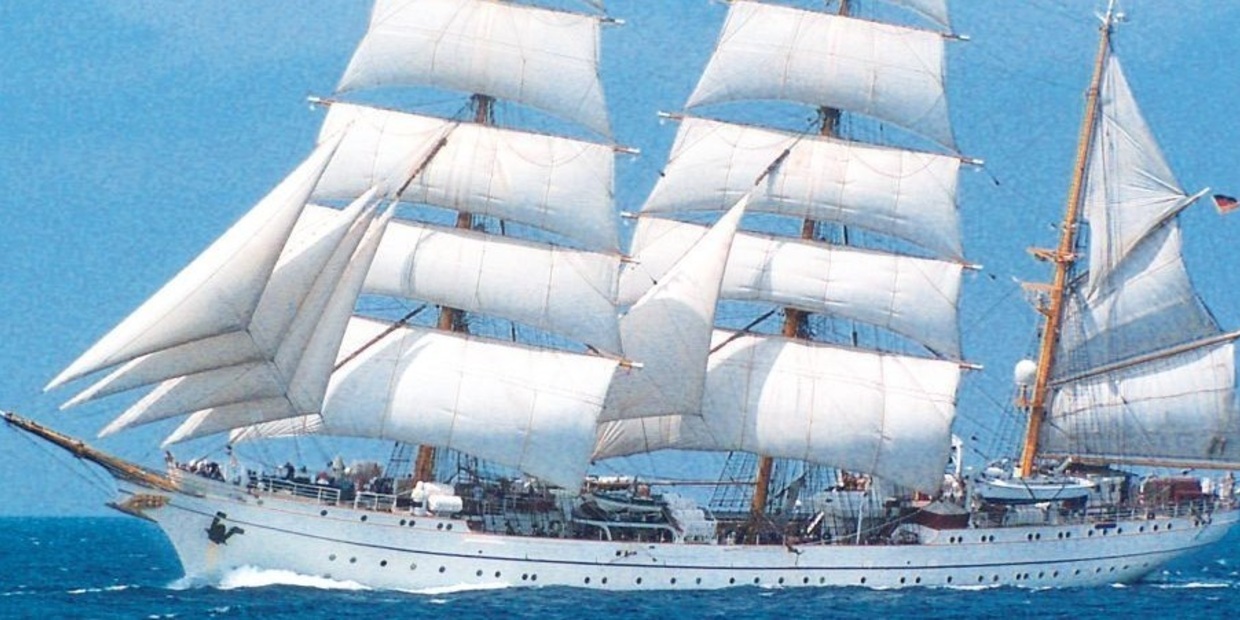 So I am delighted now to see the Tribunal be so robust over the Chagos Islands. It really does matter that the UK is in defiance of these international courts. The UK has wide interests, and may from time to time need to seek the authority of the International Court of Justice or the International Tribunal for the Law of the Sea to assert them. That the UK has ignored major and overwhelming majority rulings from these courts, will undoubtedly be likely to rule the courts’ perception of the UK in other cases. Which will, for example, one day include the maritime boundary dispute with an independent Scotland.

If WENI wants to keep its position on the UN Security Council it will need to be the sole successor state. But if it is, it will need to inherit all of the UK’s national debt and Scotland none (as Russia did for the Soviet Union). There will be strong international interest in WENI not being the sole successor state, as a lever to get this second rate power off its anomalous position on the UN Security Council. There are also consequences for nuclear weapon power status. Then there is the question of the colonies – to whom will they belong after separation? A disproportionate number of Scots shed their blood in obtaining those colonies or died of malaria administering them. Scotland should demand the Chagos Islands as its share of colonial possessions – and then immediately decolonise. A plan which properly explained will certainly help attain UN recognition. The US base would then become a matter of negotiation between Mauritius and the USA, but from the starting point of the US having no right to be there.

Forgive me for pointing out that my ability to provide this coverage is entirely dependent on your kind voluntary subscriptions which keep this blog going. This post is free for anybody to reproduce or republish, including in translation. You are still very welcome to read without subscribing.

Unlike our adversaries including the Integrity Initiative, the 77th Brigade, Bellingcat, the Atlantic Council and hundreds of other warmongering propaganda operations, this blog has no source of state, corporate or institutional finance whatsoever. It runs entirely on voluntary subscriptions from its readers – many of whom do not necessarily agree with the every article, but welcome the alternative voice, insider information and debate.

Subscriptions to keep this blog going are gratefully received.

Subscriptions are still preferred to donations as I can’t run the blog without some certainty of future income, but I understand why some people prefer not to commit to that.