Yesterday, the Tatmadaw announced a state of emergency across Myanmar for a period of 12 months and installed the head of the military, Senior General Min Aung Hlaing, as the new head of state.

Civil society observers “found that voters were able to freely express their will at the polls and choose their elected representatives.”

The military used the pretence of fraudulent election results from the November for their intervention. But domestic and international civil society observers “found that voters were able to freely express their will at the polls and choose their elected representatives.” Awarding 80 percent of electable seats for Aung San Suu Kyi’s National League for Democracy (NLD). Even with the 25 percent of seats reserved for the military, this would have given the NLD an outright majority in both legislative chambers.

That parliament was due to sit for the first time today. At least according to the numbers, the NLD and Aung San Suu Kyi would have had more legislative power than ever before. She is hugely popular with the people. However, the military still held considerable executive power with responsibility for home affairs, defence and border ministries.

The king and queen

The question of power, and balancing power, is at the core of feminist analysis. It has also been the greatest challenge to Aung San Suu Kyi’s leadership since coming to power. It was certainly a shock for most of the world to watch her defending the military in the genocide case at the International Court of Justice (ICJ). But maybe now, some critics can better see the very fine line she’s been trying to walk all this time.

Maybe now, some critics can better see the very fine line she’s been trying to walk all this time.

Senior General Min Aung Hlaing is the Commander in Chief of the entire Tatmadaw. He was appointed to this position in March 2011, replacing the outgoing head of state and junta chief, Senior General Than Shwe. It is believed his appointment cemented cooperation with China over conflict with the Kachin in northern Myanmar. He was due to retire in the middle of this year, but had publicly expressed a desire to continue serving.

He has a range of vested interests in remaining in power. In Myanmar, the military are financially independent with business interests in mining, logging, ports, everything you can imagine. Min Aung Hlaing has ultimate authority over, and one of the biggest shareholders in, the two military conglomerates, Myanmar Economic Corporation (MEC) and Myanma Economic Holdings Limited (MEHL). According to Justice for Myanmar, “These businesses were built through the systemic corruption of military dictatorship and the theft of public assets, which expanded under Senior General Min Aung Hlaing’s leadership.”

Min Aung Hlaing had command responsibility for the military operations including the genocide of the Rohingya in Rakhine State. Sexual and gender-based violence was a huge part of that genocide. Min Aung Hlaing was named as having individual responsibility for the genocide in the UN Report by the Independent Fact-Finding Mission on Myanmar. But not a single country even imposed individual sanctions on him. Amnesty International ran a campaign in New York calling for him to be held criminally accountable, but so far he has faced no consequences.

Several other senior leaders named in that report have faced sanctions. The European Union implemented sanctions against seven military and police leaders for “the atrocities and serious human rights violations committed against Rohingya population in Rakhine State… These include unlawful killings, sexual violence and systematic burning of Rohingya houses and buildings.”

Canada said their sanctions against the same individuals were for breaches of international peace and security, including through “included human rights violations against Rohingya civilians, such as infanticide, gang rape and other types of sexual violence, mass killings, as well as arson, at the hands of the Myanmar Army.” Their stated objective with the sanctions was to “end impunity for the individuals responsible for, or complicit in, these acts”. Their assessment would have been influenced by a process called Gender Based Analysis Plus (GBA+) to assess how diverse groups of women, men and non-binary people may experience their policies, programs and initiatives as well as their National Action Plan on Women, Peace and Security.

Although Australia did impose some sanctions very late in the piece, we did not justify them as having anything to do with sexual violence.

Although Australia did impose some sanctions very late in the piece, we did not justify them as having anything to do with sexual violence. Australia does not currently have a National Action Plan on Women, Peace and Security. Our last one expired in 2018, civil society have been waiting a long time for the release of the next one. 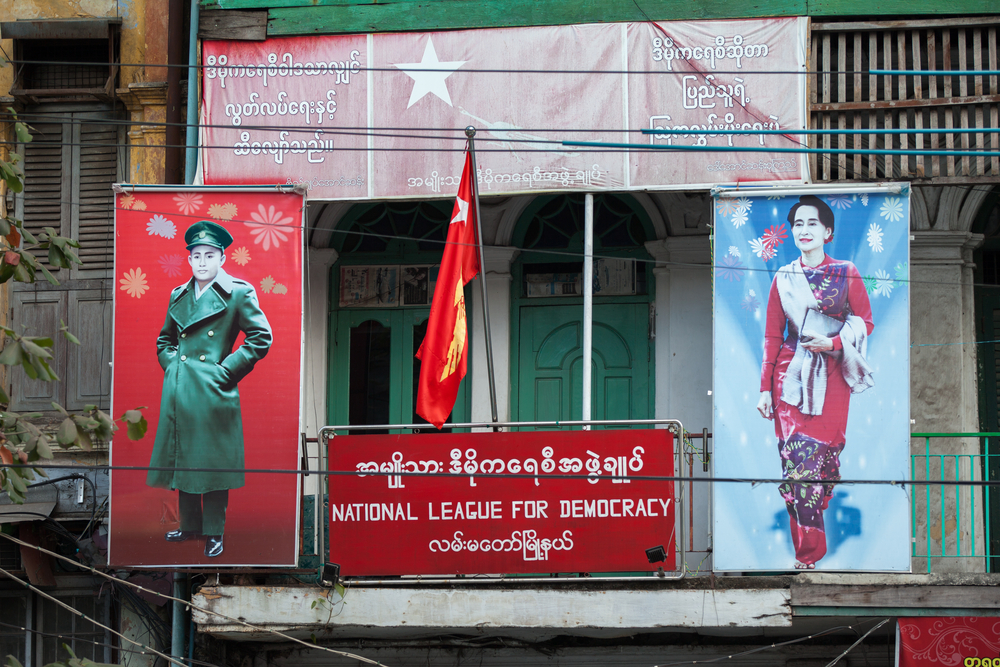 The US imposed two rounds of sanctions on four senior leaders, providing significant details and explanations including their use of sexual violence, rape and ethnic cleansing. Yesterday, White House Press Secretary said the new administration would “take action” if the military proceeded with the coup. At the very least, these countries should now be looking to implement sanctions both up and down the hierarchy listed in the UN report.

Business interests of the military

But we can also follow the money. We also have more information about the business interests of the Tatmadaw and can apply pressure to those companies who may have investments with military enterprises. For example, Kirin Holdings who bring us some great beers such as Little Creatures, James Squire, Tooheys, XXXX, Hahn, James Boag, and Guinness are in fact in partnership with  MEHL.

Because of the influence of China and Russia, the Security Council rarely talk about Myanmar and have never passed a resolution or allowed collective sanctions. The Security Council is the organ of the UN uniquely responsible for maintenance and responding to breeches of international peace and security. Having the military back in charge in Myanmar will undoubtedly cause more conflict and bodes very badly for the remaining 600 000 Rohingya remaining in Rakhine State.

Genocide is considered a breach to international peace and security, for which Myanmar is currently before the ICJ. The military’s actions could easily be interpreted as breaching the Court’s orders, warranting intervention by the Security Council under Chapter 6 of the UN Charter. 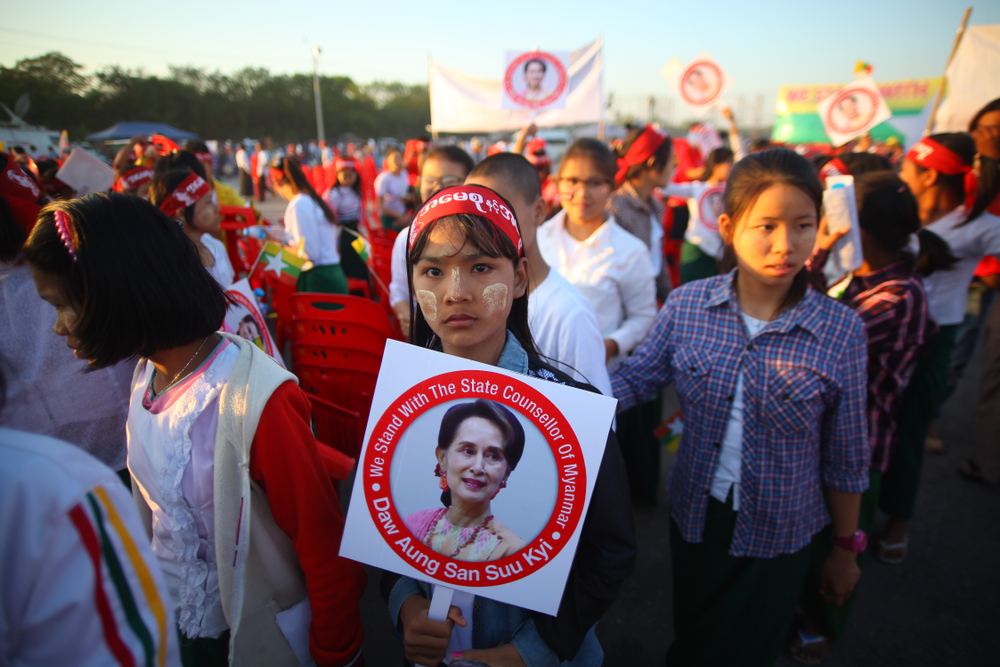 Sexual violence is part of the modus operandi of the Tatmadaw, often used as means to show their authority over ethnic minorities, and in the case of the Rohingya to bring shame and as a means of genocide. WPS obligations have all too often been overlooked in Myanmar where only 2 of 32 negotiators for the Nationwide Ceasefire Agreement were women and 15 percent of parliamentarians are women.

But at the UK’s Press Conference this morning, Ambassador Dame Barbara Woodward seemed determined to discuss a broad range of actions at the Security Council. It is also likely the new Biden Administration will be keen to show the extent to which democracy and multilateralism matter to them both at home and abroad.

So, it is possible, while I don’t recommend holding your breath, it is just possible we may actually see some action on this matter.

The post Men, money and power: The coup in Myanmar appeared first on BroadAgenda.