Jamie Henn has spent more than a dozen years working in communications for the climate movement, meticulously crafting messages for maximum impact. The experience has taught him a thing or two about the power of words, and how the right ad, article, or even Tweet can foster change — or stifle it.

Perhaps nowhere is this more true than in the fight against fossil fuels, where those protecting the oil and gas industry too often have the biggest megaphone. As legendary environmental activist Bill McKibben put it, “If money is the oxygen on which the fires of global warming burn, then the snappy catchphrases and images that come out of the PR and advertising industry? That’s the kindling.”

McKibben makes his point in a recent video produced by Fossil Free Media, the nonprofit media lab Henn launched to douse that fire, kindling and all. He and McKibben go way back — the two cofounded the climate organization 350.org in 2007. Henn split about a year ago, and his new organization provides communications help to grassroots activists; underwrites journalism, art, and research that explores what a world powered by clean energy could look like; and runs PR campaigns exposing the corruption of the oil and gas industry. While Big Oil remains enemy number one, Fossil Free Media’s latest project, Clean Creatives, targets the public relations firms that polish its image.

Since November, Henn has been leading an effort to pressure his colleagues in advertising and PR to drop their petro clients. His pitch? “Hey, you may not know this, but your firm is helping perpetuate climate misinformation. Come hang out with us instead.” As part of the Clean Creatives campaign, Fossil Free Media created a pledge that graphic designers, copywriters, videographers, and others in the PR field can sign, stating their commitment to decline future contracts with the likes of ExxonMobil. The organization also runs webinars to help new recruits enlist others and brainstorm how they can use their talents to support the movement.

Fix talked to Henn about the PR industry’s polluted past — and how he and his army of creatives are pushing it toward a cleaner future. His remarks have been edited for length and clarity.

‘As American as apple pie’ 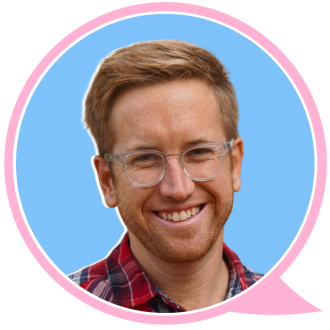 The idea of what’s politically possible is often defined by what people read in The New York Times. People don’t realize that, behind the scenes, PR people are trying to get interviews, building relationships with reporters, and strategically sharing information. The resulting story has a big impact on whether Joe Biden, say, bans fossil fuel development on public lands. Tens of millions of dollars went into shaping that story.

I highly recommend Drilled, a podcast by climate journalist Amy Westervelt, that tells the story of the oil industry’s push to brand itself as integral to the fabric of our country, as American as apple pie. Through the ’70s and ’80s, it used the energy crisis to claim that any effort to move away from fossil fuels was going to wreck the economy. And it continued to do so through the age of climate denial, right up to the present day.

People say over and over again, “Climate change is a political problem, not a technological one.” But they don’t ask, “What are the defining characteristics of that political crisis? What are the instrumental ways the industry has been able to block progress?” Stop the industry’s PR and advertising efforts and the whole thing begins to collapse.

We’ve had a breakthrough on climate over the last few years. Now, even fossil fuel companies feel like they have to take it seriously. Climate denial, as a corporate position, doesn’t work anymore, so the industry has embraced a new form of denial: greenwashing. It’s going to be critical to cut through propaganda from BP, Shell, and Exxon to find out whether or not they’re actually doing what it takes to address the climate crisis. Of course, oftentimes, they’re not.

We were plotting Clean Creatives before the presidential election, but we knew that if Biden took over, the industry would pivot to suddenly say, “We’re here, we’re part of the solution, we want to help.” Lo and behold, the American Petroleum Institute is saying, “Natural gas can be part of the solution.” The U.S. Chamber of Commerce is saying, “We support a price on carbon.” And all of their PR flacks are lining up to create a narrative about the role the industry can play in the Biden administration. Activists know that that role is delaying and deflecting serious regulation.

Now is the time to step in and say, “Let’s not let this propaganda go unchallenged. Let’s push back on their ability to do this, and educate the public about the fact that this is misinformation.” That way, people are ready to call it out, whether it’s on Twitter, Facebook, or television.

Clean Creatives is pursuing three strategies. One is revealing how PR and ad agencies are tied to fossil fuel companies. We put out a report at the end of last year that gave a broad overview of the polluted PR landscape, and we’re looking at media databases to ask, for instance, “Who made the ad that Chevron is running?” We’re also getting leaks from people within the industry. A lot of these firms know fossil fuel accounts are dirty work. They don’t list those projects on their websites, and they certainly don’t tell their other clients that they’re working for the industry.

That brings us to strategy number two: going after PR firms’ other clients. In the grand scheme of things, the fossil fuel industry is small fish to advertisers. Oil and gas companies spend most of their PR budget on political advertising, not selling their product. Meanwhile, Unilever, a consumer-facing brand, is spending $8 billion a year on ads. Unilever has said that it supports carbon neutrality and climate action. It owns brands like Ben & Jerry’s, which is explicitly pro-climate. If Unilever said to an agency like WPP, one of the world’s largest advertising agencies, “We’re not going to work with you if you keep working for BP,” they would drop BP in a second because Unilever is a much more valuable client.

And finally, we’re organizing creatives, which to me is the most fun. We’re going on LinkedIn and running very specific ads to the employees of BBDO, which does all of ExxonMobil’s work. We did an event with the eco-conscious ad agency Futerra last week, mostly for a U.K. audience, and had over 200 people from major agencies tune in. It was amazing listening to them brainstorm about what they could be doing, what’s happening in the industry, and asking how they can advocate.

Art as a weapon

The pitch that advertising firms make to major corporations is, “We can literally change the way people act, so that they purchase your product and see it as essential to their identity.” That’s exactly what we need in the climate movement. We need to not only change people’s consumer behavior, but we need to change their worldview and their sense of identity. I think communications, especially advertising, plays an incredible role in whether we stick with an economy focused on mass consumption and driving the biggest car, or create an economy focused on restoration and dealing with the climate crisis.

Clean Creatives assumes the graphic designers, video editors, and other creatives at these agencies share our values more than they share ExxonMobil’s. And yet, that’s who they’re making videos for. We’d much prefer that they were making videos for climate activists. At 350.org, we’d ask people to sign petitions and come to rallies. But we had artists and songwriters and doctors in our ranks, and we weren’t utilizing their skills. Clean Creatives is a fun way to tap into a niche community of talented folks.

We rely way too much on policy wonks to get people excited about the future. I think artists should be entrusted with doing the imaginative work that could pull away the veil of normalcy from our destructive, capitalist, fossil fuel-dominated age and imagine what a better world could look like. We need stronger efforts to get the public engaged in this fight, and I don’t think that can only be left up to NGOs and activists.

This story was originally published by Grist with the headline PR firms need to dump Big Oil. This guy wants to help them do it. on Feb 3, 2021.