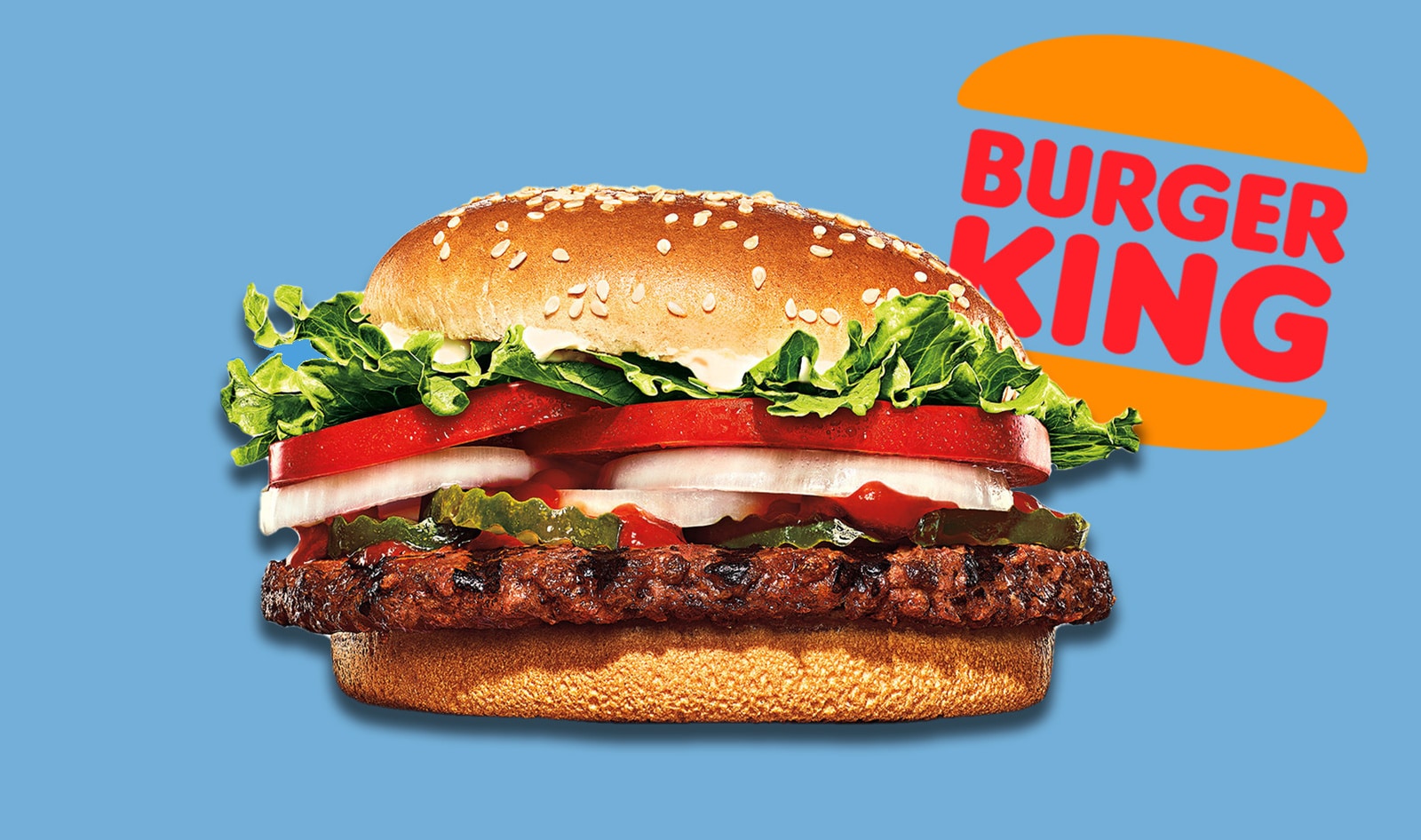 Fast-food chain Burger King is finally bringing the meatless Impossible Whopper to its Canadian locations, starting this week at participating locations in Ontario with a countrywide rollout planned for April 12. The burger is made with a plant-based Impossible Burger and served with tomatoes, onions, lettuce, non-vegan mayonnaise (which can be omitted), ketchup, and pickles on a toasted sesame seed bun. As is the case with Impossible Whoppers offered at other locations, Burger King does not claim that the burger is entirely plant-based as it shares cooking surfaces with animal products. With the new menu option, Burger King became the first fast-food chain in Canada to serve the Impossible Burger patty.

“The Whopper is an icon, and we know how much our guests love its unique, flame-grilled taste. But, we also know those guests—and really, all Canadians—are always looking for more choice, and are increasingly interested in options without beef,” Matt Wright, General Manager of Burger King Canada, said. “That’s why we’re thrilled to have worked with the team at Impossible Foods to create a burger that is truly just as juicy and delicious as the classic Whopper.”

“We’ve been delighted by the popularity of the Impossible Whopper in the United States and are thrilled to bring it to our Impossible Foods fans in Canada,” Impossible Foods President Dennis Woodside said. “Our mission is to sell Impossible products everywhere conventional animal meat is sold today, and that includes Burger King, whose huge footprint and affordable prices can make delicious plant-based burgers accessible to more Canadians than ever before.”

In addition to the Impossible Whopper, Burger King offers different iterations of meatless Whoppers worldwide, including the Rebel Whopper in Brazil (made with a patty supplied by Marfrig Global Foods SA—the world’s largest producer of animal-based hamburgers); the Plant Whopper in South Korea (made with a patty made by Australian vegan brand v2Foods); and Whopper Vegetal in Mexico (which features a patty by Unilever-owned The Vegetarian Butcher).

In December, Burger King added the Plant-Based Whopper—also made with a patty supplied by The Vegetarian Butcher—to 325 test locations in China with plans to roll out the meatless burger to 1,300 additional locations across the country this year. Under their existing partnership, Burger King and Unilever plan to expand plant-based Whoppers to menus in 25 countries in Europe, the Middle East, and Africa.