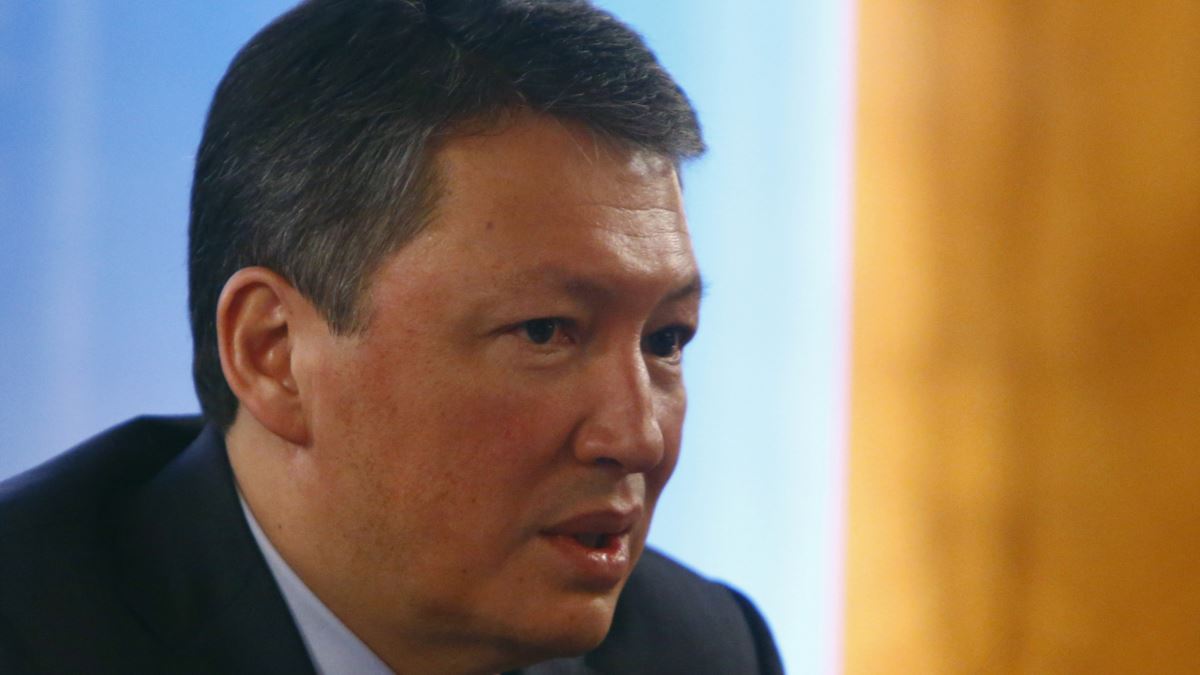 The son-in-law of former Kazakh President Nursultan Nazarbaev raked in tens of millions of dollars as part of a secret project linked to the construction of a natural-gas pipeline from Central Asia to China, the Financial Times reported.

The December 3 report, based on leaked e-mails and other documents, said Timur Kulibaev arranged the contracts via a Moscow-based company called ETK.

Under the scheme, ETK bought cheaply produced steel from China, and then imported it to industrial facilities in Ukraine and Russia, where pipes were made for the pipeline going from Central Asia to China.

The documents obtained by the Financial Times said that the major part of the sum made by the scheme, some $53 million, went to a company controlled by Kulibaev.

Kulibaev’s lawyers told the Financial Times that he “has never had any interest or stake in any ETK entity, directly, indirectly or via any kind of nominee arrangement or similar scheme.”

Married to Nazarbaev’s middle daughter Dinara, Kulibaev has accumulated a vast fortune in Kazakhstan, Russia, and elsewhere. He’s long been dogged by accusations that his wealth derives from his family connections, something he has repeatedly denied.

The paper reported that the scheme echoed corruption allegations that were publicized last year by Kulibaev’s nephew Aisultan, who is the son of Nazarbaev’s eldest daughter, Darigha.

Aisultan Nazarbaev was found dead in London in August. An autopsy by British authorities said he died of cardiac arrest.

Over his career, Kulibaev has held top executive positions in several major Kazakh oil and gas companies since the late-1990s. Since 2011, he has also served as a board member for Russia’s state-controlled natural-gas giant, Gazprom.

With reporting by the Financial Times