Several social media users have shared a video of a pro-Khalistan rally along with a claim suggesting a link between the Khalistan movement and the ongoing farmers’ protest.

The video was shared along with a Hindi text by several Twitter users including Akash RSS, @SonuSri795, and @aannkuur_ (archived links 1,2, and 3). Cumulatively, their videos got over 25,000 views.

This was also posted by several Facebook users including by Facebook page ‘ModiNama‘ with a following of 3.5 million users. The video gained over lakh views since it was posted on December 4. In past, ModiNama and Akash RSS have shared misinformation.

Old video from US

We performed another keyword search after translating the slogan in Punjabi and found that Facebook user Hardeep Singh Khalsa had uploaded a higher resolution video of the same incident. At the 15-second mark, we can see that a protestor’s t-shirt reads ‘San Francisco’.

At the 37-second mark, a black building with ‘Proper Hotel’ written can be spotted. As per Google Maps, this hotel is on 34 McAlister Lane in San Francisco. 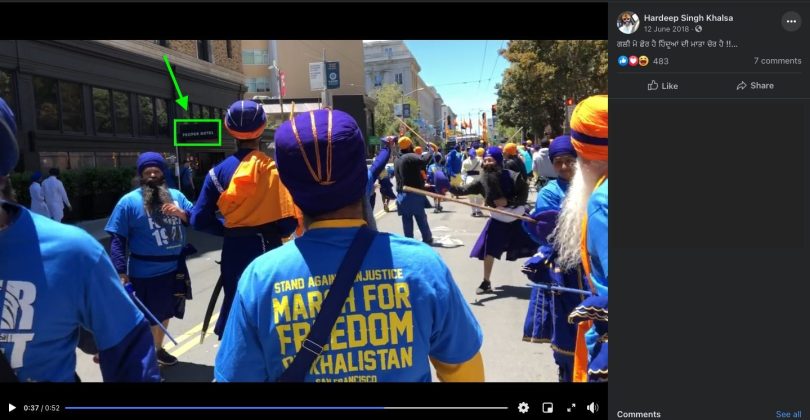 The following images show a visual comparison between stills from the 2018 video by Hardeep Singh Khalsa and stills from Google Maps. 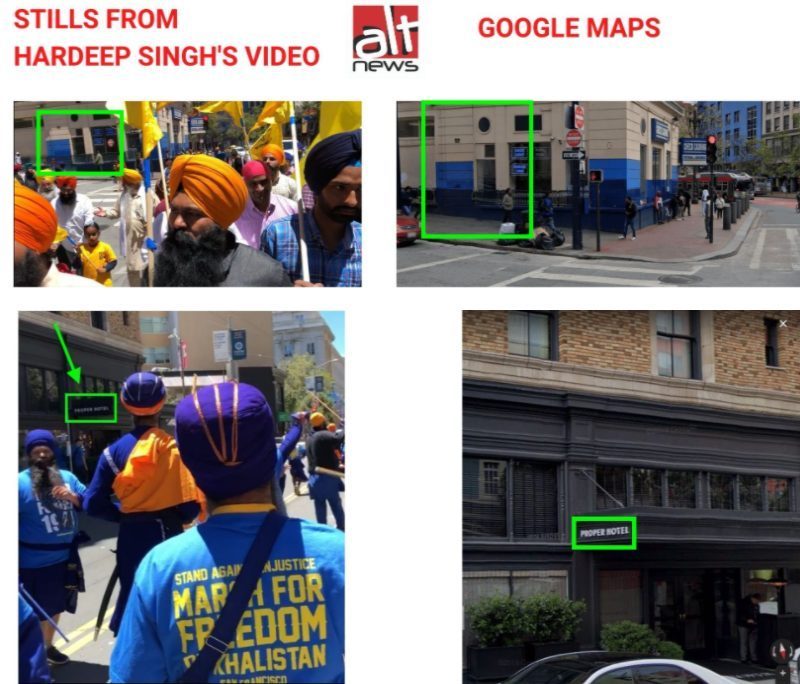 The post Old video of pro-Khalistan rally in US linked with farmers’ protest appeared first on Alt News.