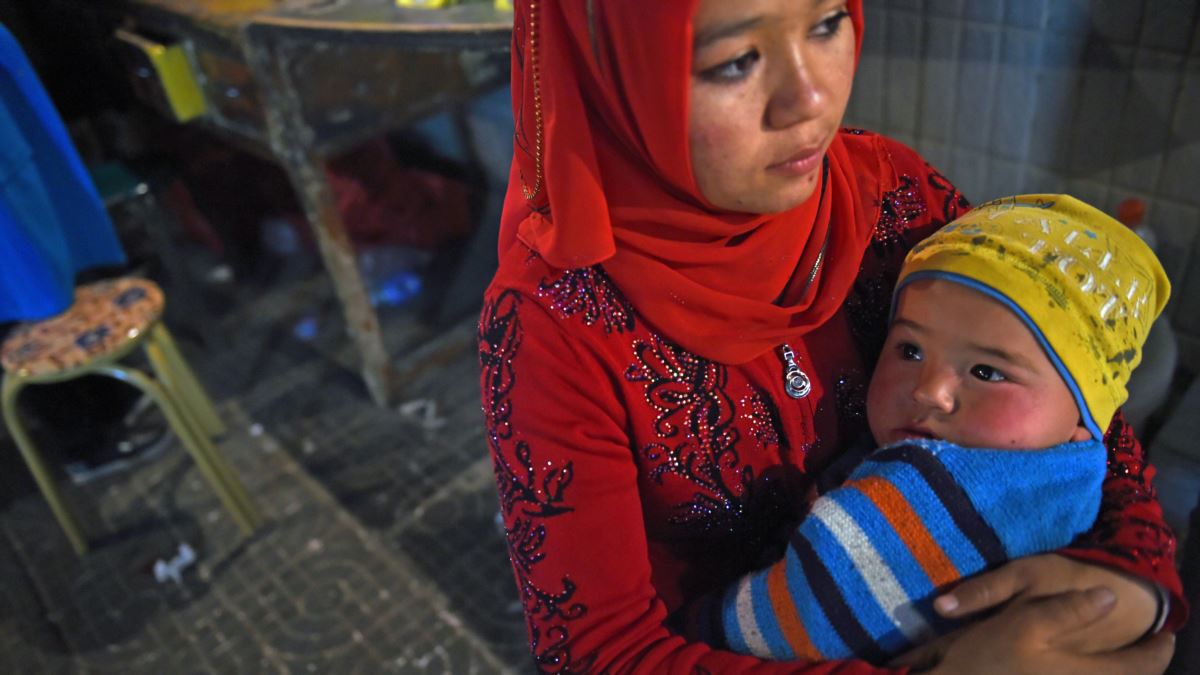 Human Rights Watch (HRW) says it has analyzed a leaked list of more than 2,000 Uyghur detainees in China’s Xinjiang suggesting that the authorities are using an expansive data-collection program to “arbitrarily” select Turkic Muslims in the region for possible detention.

In a report on December 8, the New York-based human rights watchdog says the list from Aksu prefecture, provided in 2018 by Radio Free Asia, contains detainees flagged by a Chinese predictive policing program that collects data and identifies candidates for detention.

“The Chinese government owes answers to the families of those on the list: why were they detained, and where are they now?”

Asked about the report, a Chinese Foreign Ministry spokesman told a daily briefing that it was not worth refuting and accused the human rights group of being “full of bias.”

Beijing has come under intense international criticism over its policies in Xinjiang, where the UN have estimated at least 1 million ethnic Uyghurs and other mostly Muslim indigenous people have been detained in what it described as “counterextremism centers” in the region.

The UN has also said millions more have been forced into internment camps.

Beijing insists that the facilities are “vocational education centers” aimed at helping people steer clear of terrorism and allowing them to be reintegrated into society.

HRW says the Aksu list details detentions in Aksu from mid-2016 to late 2018 and the reasons for these detentions.

It says the authorities cited “terrorism” and “extremism” as the reasons for detaining about 10 percent of those on the list, without mentioning whether these detainees had “committed, incited, supported, or plotted any acts of violence, much less any acts that would rise to the level of terrorism.”

The group says its analysis of the Aksu list “strongly suggests that the vast majority of the people flagged by the…system are detained for everyday lawful, nonviolent behavior” and is further evidence that the government selected Uyghurs for detention based on religion, personal relationships, contact with overseas relatives, and age.

Other reasons for detention included activities like repeatedly switching off a smartphone, having “unstable thoughts,” or “being generally untrustworthy.”

HRW says it was able to confirm the identities of people on the list with Uyghurs living abroad.

The rights group said that to protect the source of the list, it had obscured its precise location, precise dates, and some of the numbers throughout the analysis.

Authorities in Xinjiang have been accused in recent years of using technologies such as facial recognition, iris scanners, and artificial intelligence across Xinjiang in the name of preventing terrorism.

In a report on December 8, U.S.-based surveillance research firm IPVM said that Chinese telecoms giant Huawei and facial recognition provider Megvii have worked together to test and validate facial-recognition software that could detect ethnic Uyghurs and send alerts to authorities.

Huawei said on December 9 the program “has not seen real-world application” and that the company “only supplies general-purpose products for this kind of testing.”