On January 5, voters in Georgia will decide which political party controls the US Senate and, in turn, how far President-elect Joe Biden will be able to take his ambitious $2 trillion climate plan.

For Democrats to take control of the Senate, Rev. Raphael Warnock and Jon Ossoff both need to win their runoffs against Republican incumbents Kelly Loeffler and David Perdue, respectively. Warnock and Ossoff have plans to address climate change, which poses multiple threats to Georgia, including intensifying hurricanes, sea level rise, higher temperatures, and spreading contamination at some of the nation’s most toxic waste dumps. Their GOP counterparts have all but ignored the climate issue.

Throughout this election season, young voters and activists have forced climate change to center stage, and this final pivotal race is no exception. We spoke with five young people in Georgia to get their take on the issues that matter most and how those are covered (or not) in the media.

Reach out to us for youth activists who are available for interviews.

Aguilar is a high school senior in Alpharetta, Ga. who has been encouraging college students to register to vote through Students for Tomorrow, an organization he co-founded that helps young people understand political issues and why their vote counts. 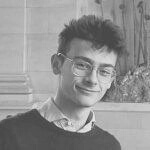 We started Students for Tomorrow in September. A friend of mine had to leave college because of Covid and was going to move back in with his parents. He called me and one of the questions that he had was, “Where am I going to vote? I’ve been voting from school for the last couple of years. Now, I am going back home, can I even vote there?”

People tend to feel that students are really apathetic when it comes to the political process, but in reality, a lot of them are just disillusioned. They don’t feel like their votes have an impact, and they don’t see themselves represented in media coverage. I think that’s why you’ve historically seen young people also taking to the streets and doing things online, more than just trying to place their vote. By showing them that their vote matters, Students for Tomorrow has helped an estimated 65,000 students register to vote nationwide.

I think students are going to be the key for a lot of progressive policies moving forward, because they are willing to vote based on policy rather than party. Over the last month, we’ve been organizing hundreds of teen volunteers to have conversations with students ahead of the runoffs to clarify how their values and interests align with policies. We’ve been making a lot of calls to Perdue voters and saying, “If you want to live in a place that’s not underwater 40 years from now, you should probably not vote for him.” 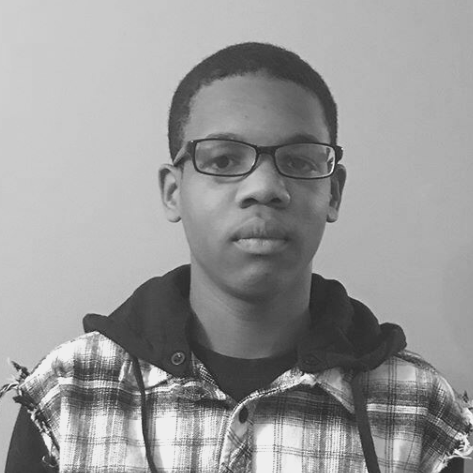 My cousin works at a disposal company, and I’ve gone with him to our local landfill, the Dekalb County Seminole landfill, to see the problems there first-hand. Seeing the neighborhoods that surround the landfill, where we pollute and store our trash, you’re constantly reminded that these issues impact low-income people and are not shared by everyone equally. Knowing that this landfill is just one of many locations like it across the world made me realize that this problem is way bigger than just us.

I want to make the public aware that environmental issues and climate change are real issues that we can solve if we put enough time and effort into them. Older people had a chance, but now it’s definitely our time to try and fix this problem.

One thing that hasn’t been brought up in enough detail throughout the elections is what a just recovery means and whether affected communities will be brought to the table. We hear a lot from politicians and people who have power and money, but we need to hear more from the people who live the realities of climate and environmental injustice every single day. We see news about the temperature and global warming but we need to hear more of, “What can we do to reduce plastic waste in our communities?” “How can we hold the companies releasing toxins here accountable?” I want to see the media shine a light on the corporations that pledge to be green while at the same time hindering climate agendas.

Cox is a freshman at Hawai’i Pacific University, originally from Ellenwood, Georgia. She became familiar with the environmental and climate justice movements while navigating her own lived experience. 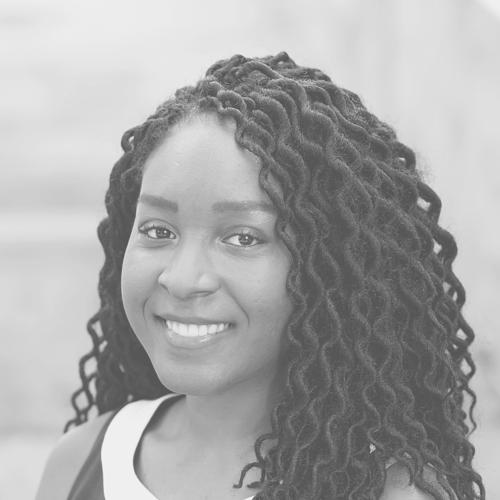 When I returned to Ellenwood from school, because of Covid, I woke up to this horrible stench. My house is less than half a mile away from the Dekalb County Seminole landfill. My parents bought the house in 2001, when they were told that the landfill would be closing. That was a huge lie. We couldn’t really smell it at first back then. But as time went on, the smell got worse, and now the trash in the landfill is stacked as tall as some trees. Every other day, at least, I have to put my shirt over my nose just to walk around my house.

I decided to email the Georgia Environmental Protection Division and ask why the site remains open next to a neighborhood and about the health effects. I realized most of the neighborhoods surrounding Ellenwood are Black. I also learned of a predominantly white neighborhood nearby where public officials were thinking about creating a landfill that didn’t go through. It then sunk in that I was living with environmental racism. Since then, I’ve been figuring out how to organize with my family and my neighbors. My brother started a petition to close the landfill, but I have to say it’s frustrating, because it feels like we’re not being heard.

To be honest, I haven’t been following the elections that closely. It’s difficult to stay engaged when it feels like the focus isn’t right or isn’t on issues that affect you. The Senate candidates, for example, seem more worried about their image than their constituents and local climate issues. It’s hard to be hopeful. Our stories need to be heard.

Dorr-Kapcynski is a freshman at the University of Georgia. She is also the co-founder and communications coordinator of Georgia For The Planet, which is dedicated to fighting climate change and injustice in the state. 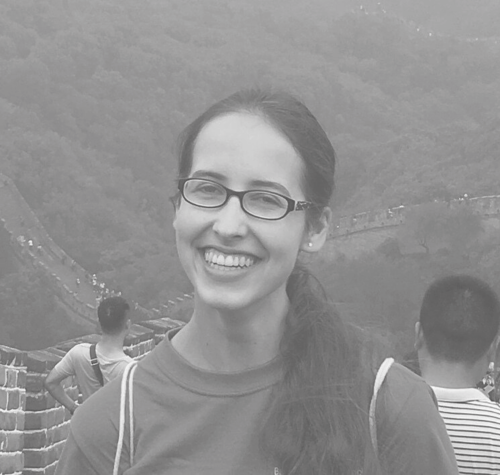 Climate change is definitely growing in importance to Georgians but it’s still not widely considered a major issue.

The upcoming Senate races are important, but so is the lesser known race for Public Service Commissioner, which also did not have a clear winner on Election Day. The Public Service Commission has been controlled for years by Republicans who determine energy rates, regulate the storage of toxic coal ash, and decide investments in renewables, like solar energy. They don’t seem to have anything but profit in mind. And I don’t see anyone talking about that.

I think if people realized that a lot of the social justice issues in Georgia are tied to environmental issues, they would be more interested in fighting for the environment. For example, I don’t think many people realize that Black people in Atlanta have disproportionately higher rates of asthma from exposure to air pollution, or that they tend to live near contaminated water sources, and how these issues tie together. If you’re worried about getting clean water for your family, and you only see climate news with stereotypical images of polar bears and melting ice caps then it’s hard to make that connection. But we are starting to see that shift happening in the media. 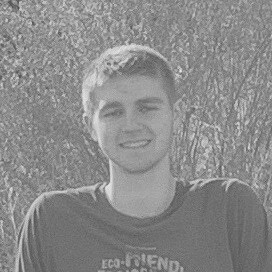 For the last couple of months I’ve been working at my school to create voter guides around climate policy, because we’ve found that navigating the voter process while trying to understand what’s on the ballot can get confusing, especially for young people who haven’t voted before. We’ve put guides up in dining halls and Covid testing centers, and we’ve also circulated them in our group chats and on social media. We’re thinking longer term, too, to 2022, when Georgia will have a governor’s race and a Senate seat [the one currently held by Loeffler] on the ballot.

In the media, I would like to see the candidates be more challenged to get specific on climate and the environment. Perdue and Loeffler often bring up supposed job losses and increased electricity costs from renewables. Ossoff and Warknock bring up the impacts of climate change that we’ll have to deal with, like pollution. But I don’t often see the media fact-checking them. You’re not having a dialogue between those two points, and they’re not measured against reality. On the ground in Georgia, for example, we’re actually seeing solar energy booming. That needs to be addressed when these things are reported locally.

Because it’s all eyes on Georgia now, it seems like the national impacts of the election are taking over more than the needs of Georgians. There’s not as much political conversation about the issues we’re dealing with on a local and state level.