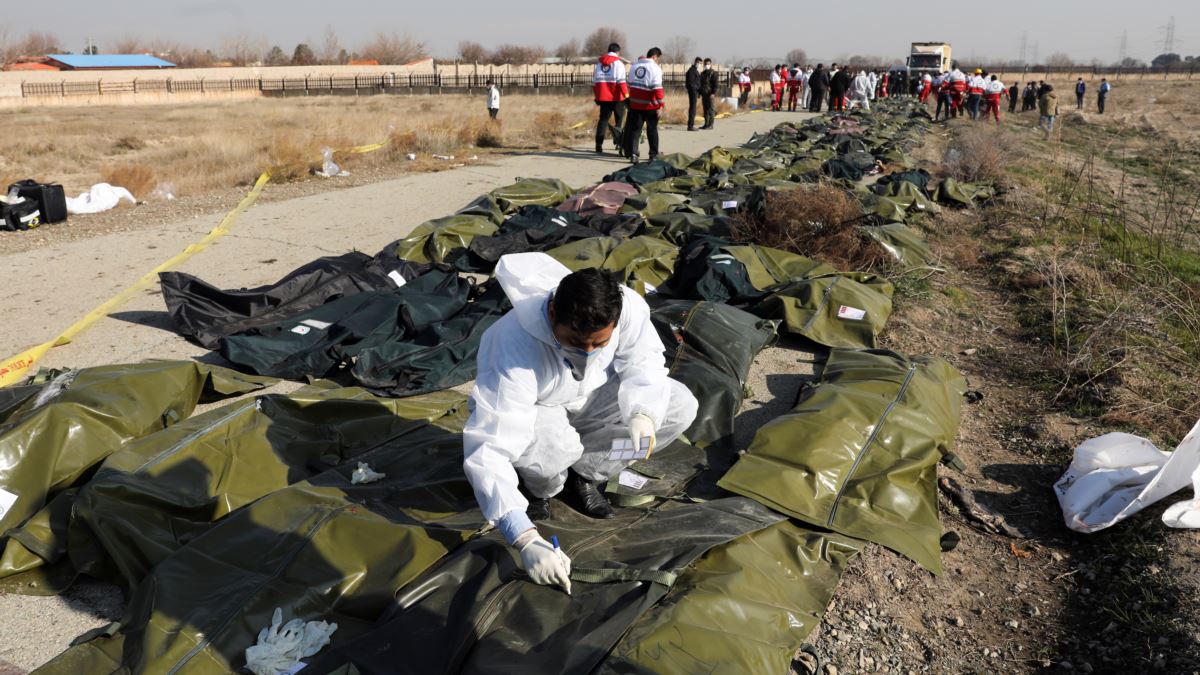 Iran says it has allocated $150,000 for the families of each of the 176 victims of a Ukrainian passenger plane that was downed in Iranian airspace nearly a year ago.

The Iranian government said in statement on December 30 that it had approved the payment of “$150,000 or the equivalent in euros as soon as possible to the families and survivors of each of the victims” of the crash.

Ukraine International Airlines Flight 752 crashed shortly after taking off from Tehran’s main airport on January 8, killing all on board, including many Canadian citizens and permanent residents.

Iran admitted days later that its forces accidentally shot down the Kyiv-bound plane after firing two missiles amid heightened tensions with the United States.

Iranian Roads and Urban Development Minister Mohammad Eslami told reporters on December 30 that Iran’s final report on the crash had been sent to countries involved in investigating it — Ukraine, the United States, France, Canada, Sweden, Britain, and Germany.

Earlier this month, an independent Canadian report accused Iran of not conducting its investigation properly and said that many questions remain unanswered.

“The party responsible for the situation is investigating itself, largely in secret. That does not inspire confidence or trust,” said the report, written by the Canadian government’s special counsel on the tragedy.

Iranian officials said the country never sought to hide the details about the air disaster or to violate the rights of the victims’ families.

Flight 752 was downed the same night that Iran launched a ballistic-missile attack that targeted U.S. soldiers in Iraq. Tehran’s air defenses were on high alert in case of retaliation.