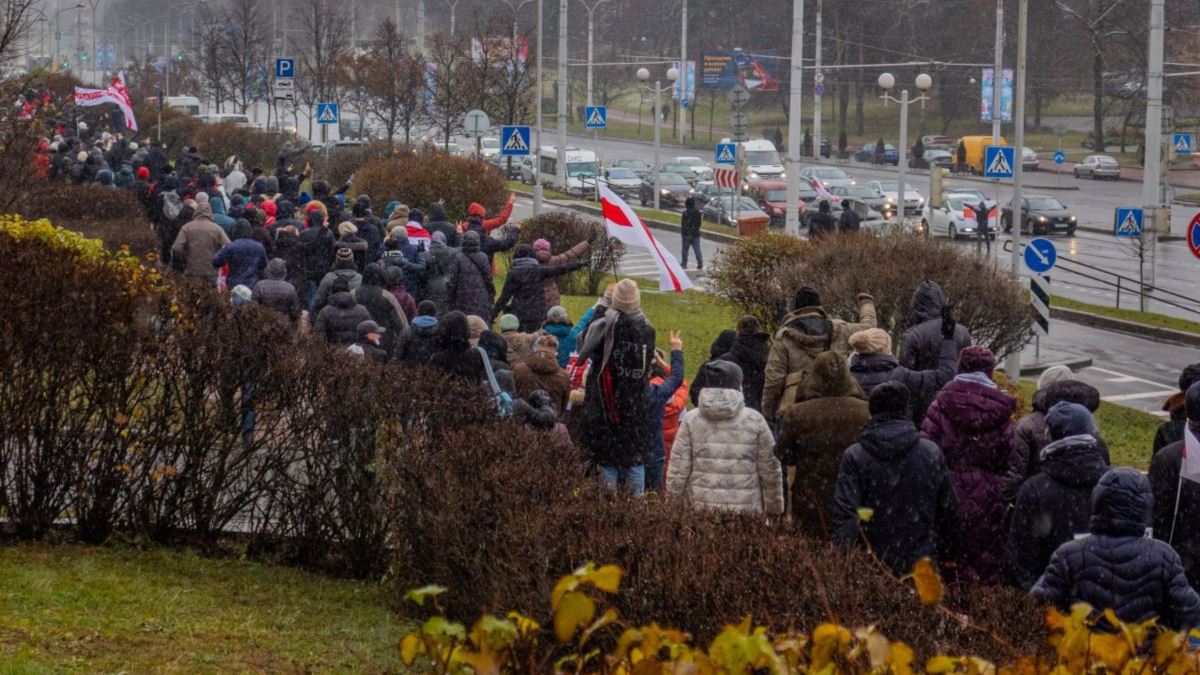 MINSK — Authorities in Belarus have detained dozens of protesters amid ongoing demonstrations aimed at ousting strongman Alyaksandr Lukashenka from the presidency.

At least 45 people were reported detained in Minsk and Barauliany on November 29. Other detentions were reported across the country.

This is the second week in which the Belarus demonstrations have been held under the rubric March of Neighbors. The opposition has adopted the strategy as a way of decentralizing the protests and making it more difficult for police to round up activists.

RFE/RL’s Belarus Service reported that law enforcement used tear gas and stun grenades against some demonstrators. Mobile Internet services were not available in Minsk and the central metro stations were closed.

Demonstrations were reported in almost all districts of the capital.

One video posted on social media appeared to show police in Minsk dragging away an unconscious person near the Pushkin metro station.

It was unclear how many people participated in the demonstrations.

Belarus has seen nearly continuous protests since a disputed presidential election on August 9 gave Lukashenka a sixth presidential term. The United States and the European Union have not recognized Lukashenka’s reelection.

The opposition has been calling for Lukashenka’s resignation, the release of all political prisoners, and a new election.

During a visit to a Minsk hospital on November 27, Lukashenka implied that he would resign if a new constitution was adopted.

“I will not work as president with you under the new constitution,” state media quoted him as saying.

Lukashenka has called several times for a new constitution, but the opposition has dismissed the statements as a bid to buy time and stay in power.

A former collective farm manager, Lukashenka, 66, has ruled Belarus since 1994.