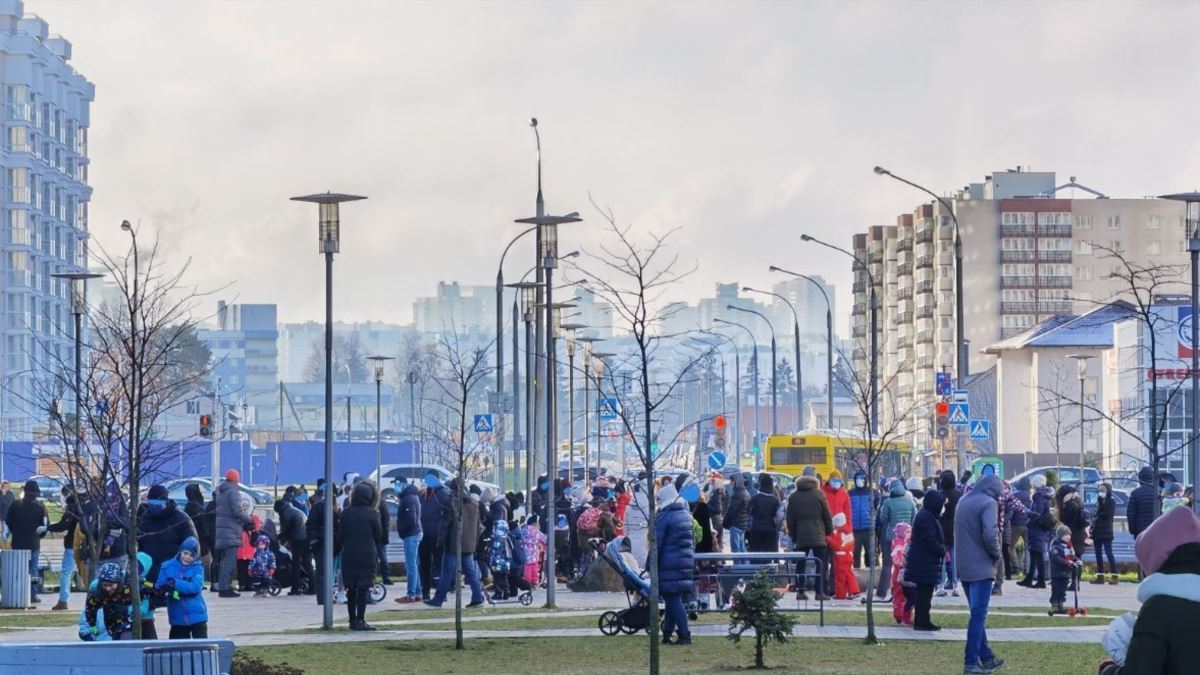 Demonstrators gathered in Minsk and other Belarusian cities in nearly continuous protests since a disputed presidential election in August that the opposition says was rigged.

This is the third Sunday during which the demonstrations in Belarus are being held under the banner of March of Neighbors, a strategy adopted by the opposition as a way of decentralizing the protests and making it more difficult for police to round up activists.

The August 9 vote gave Lukashenka a sixth presidential term, but the opposition believes candidate Svyatlana Tsikhanouskaya was the real winner of the election and is calling for the strongman’s resignation, the release of all political prisoners, and a new election.

The West refuses to accept the outcome, slapping sanctions on Lukashenka and dozens of top Belarusian officials.

Amid an intensifying crackdown by the Belarusian authorities on the protest movement, detentions were reported on December 6 in several Minsk districts and other cities across the country, including Brest and Hrodna.

A 79-year-old woman was among those detained in the capital, where several subway stations were briefly closed and at least two squares were cordoned off by security forces.

Two BelaPAN journalists covering the demonstrations in Hrodna were held by police.

People in several Belarusian cities reported problems with accessing Telegram, an instant messaging service used by many protesters to communicate.

Tsikhanouskaya, who left the country soon after the election under pressure from the authorities and is currently in exile in Lithuania, said on December 5 she would “support everyone who comes out to their yard, district, and city.”

“Each march is a reminder that Belarusians will not give up. We will not allow our rights to be taken away and our eyes to be closed to crimes,” she said in a statement.

A week ago, security forces used tear gas and stun grenades against some demonstrators in Minsk and detained more than 300 protesters across the country, according to the Minsk-based Vyasna (Spring) human rights center.